You are here: Home / Zero Hedge / YouTube Removes Video Of Popular EV Owner Explaining Why He Traded His Tesla For A Gas-Powered Car

Rich Benoit has a YouTube channel that has over 700,000 subscribers and over 80 million views. Business for his channel over the last couple of years was, for all intents and purposes, booming.

Benoit made a name for himself with the EV community, attracting a huge subscriber base of electric car enthusiasts due to a number of projects involving Teslas that he would take on. His most recent, according to Vice, was a rebuilt 2013 Tesla S P85.

But the YouTube love he was getting changed suddenly when he posted one of his latest projects called: “Why I’m selling my Tesla and going back to Gas.” 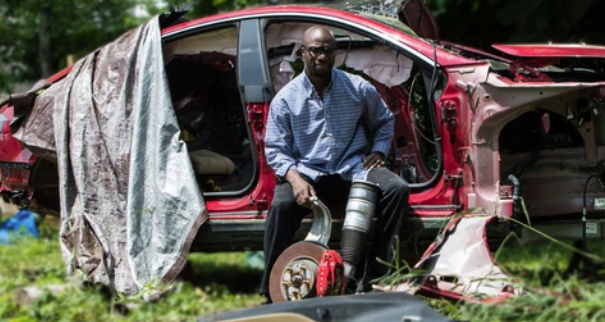 The video was supposed to be an explanation of why Benoit was selling his most recent Tesla project in favor of purchasing a gas-powered car. But the Tesla cult didn’t allow the video to air more than a couple of hours. Shortly after posting the video, it was taken down by YouTube for violating Community Guidelines.

He said at the beginning of the video: “This video is going to be a little bit different. In this episode I’m going to re-building a Tesla Model S. It’s going to be from start to finish in one episode, while I talk over the reasons why I’m switching back to gas. Kind of ironic, isn’t it?”

The Tesla fanboys formed like Voltron and ganged up to flag my video for removal on youtube. The video which was flagged for “inappropriate content” was about me selling my Tesla and buying a gas car instead. Ladies and gentlemen, this is what happens when you anger the hive. ? pic.twitter.com/6pJYeyAs9b

Benoit also noticed a “high dislike ratio” on his video shortly after it was posted, which he suspects it was the Tesla cult that got his video banned.

Benoit said: “People clearly did not like the content even though there was no cursing. I’ve been on YouTube for several years now and I’ve never had a video pulled, so having a video pulled within five hours after announcing that I’ll be replacing my Tesla with a gas powered vehicle doesn’t seem like a coincidence.”

He then appealed the violation with YouTube who re-instated his video. After it was put up a second time, it was again flagged and taken down.

Benoit has surrendered to the cult and given up: “I have given up yes. It’s not worth it me trying for a third time.”