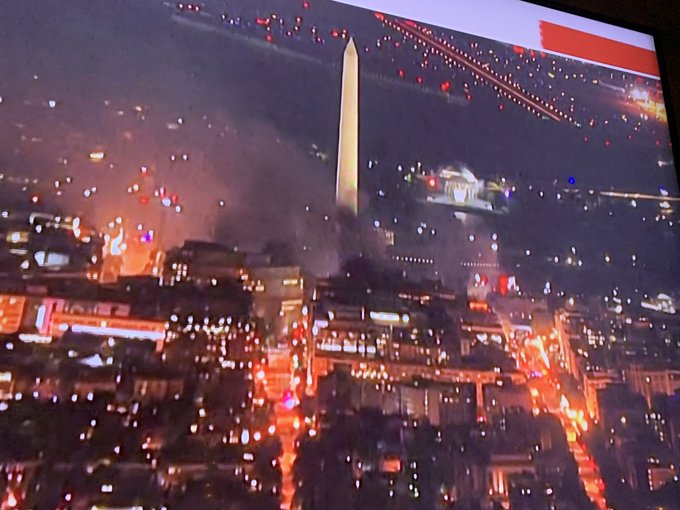 Five days after they started in Minneapolis, the widespread protests, riots and brutal police oppression have spread to many parts of the US and show no sign of abating. It is even possible that the incessant criticism and condemnation of China, Venezuela, or anywhere else by the White House, the Congress and the ‘free press’ may be somewhat more subdued for a while as their claims to be the world’s policeman and a beacon for justice, freedom and democracy lie in tatters, perhaps for good this time.

Much of the press coverage is being taken up by US President Donald Trump’s allegations that ‘Antifa’ and the ‘radical left’ is responsible for most of the violence, and structural causes and factors such as the creeping militarization of the police and underlying conditions of extreme poverty and inequality are often neglected.

There are also others claiming that demonstrations are being infiltrated by provocateurs, however, identifying the main culprits as ‘right-wing extremists’, ‘white supremacists’ and/ or companies that are regular contractors with the Pentagon, and even military and police personnel in some instances.

While addressing the structural causes in a comprehensive framework of analysis and debate is imperative if the situation is to improve in the long term, an immediate imperative is the initiation of detailed investigations and evidence-based analysis to determine to what extent the violence and looting in each instance has been due to spontaneous outbursts of mass anger and mob rage; calculated actions, provocation and manipulation by organized groups of whatever persuasion; and/ or brutal measures or counter-measures employed by police, private security forces or the national guard.

A former participant in the conflict in eastern Ukraine on the side of the Kiev regime appeared in the United States:

US President Donald Trump announced Sunday a ‘left-wing group’ he thinks are leading the violence at anti-police brutality protests will be officially labelled as terrorists.

“The United States of America will be designating ANTIFA as a Terrorist Organization,” Trump said.

Antifa – short for “anti-fascist” – is the name for loosely affiliated agglomeration of anti-racist groups that have been involved in some violent clashes in recent years. The movement has no unified structure or national leadership.

“The violence and vandalism is being led by Antfa and other radical left-wing groups who are terrorizing the innocent, destroying jobs, hurting businesses and burning down buildings,” Trump said during remarks at the Kennedy Space Centre in Florida on Saturday.

“With the rioting that is occurring in many of our cities around the country, the voices of peaceful and legitimate protests have been hijacked by violent radical elements. Groups of outside radicals and agitators are exploiting the situation to pursue their own separate, violent, and extremist agenda,” Barr said.

Barr said that in order to “coordinate federal resources with our state and local partners,” he would use the “existing network of 56 regional FBI Joint Terrorism Task Forces.”

“The violence instigated and carried out by Antifa and other similar groups in connection with the rioting is domestic terrorism and will be treated accordingly,” Barr said.

The American Civil Liberties Union said Trump did not the power to label domestic terror groups. “Terrorism is an inherently political label, easily abused and misused,” the organization said in a tweet.

Trump’s national security Robert O’Brien told CNN Sunday that the administration planned to “get to the bottom” of Antifa’s role in the protests. And he said the president and Barr want to know what the FBI is doing to “to track and dismantle and surveil and prosecute Antifa.” O’Brien denounced “these Antifa militant radicals who come into our cities and cross state lines.

But some have blamed right-wing extremists and other groups of provocateurs seeking to incite widespread violence and manipulate or discredit the mass demonstrations and protests. A report by Veterans Today states:

“VT has carefully examined video in Detroit, Atlanta and Minneapolis and has found members of organizations, Pentagon contracting firms, present at each protest, handing fire bombs, throwing large rocks, and leading the violence.

We have confirmation from our personnel in Minneapolis, who have their own sources in the police and local FBI.

Working with these contracting firms is a sub-group within the departments, “intelligence” and “counter-terrorism” units, who do surveillance and who were, in every department we looked at, both trained in Israel and overseen on a daily basis by “handlers” either from an Israeli consulate or from the ADL/JDL/JINSA or similar group representing Shin Bet…” 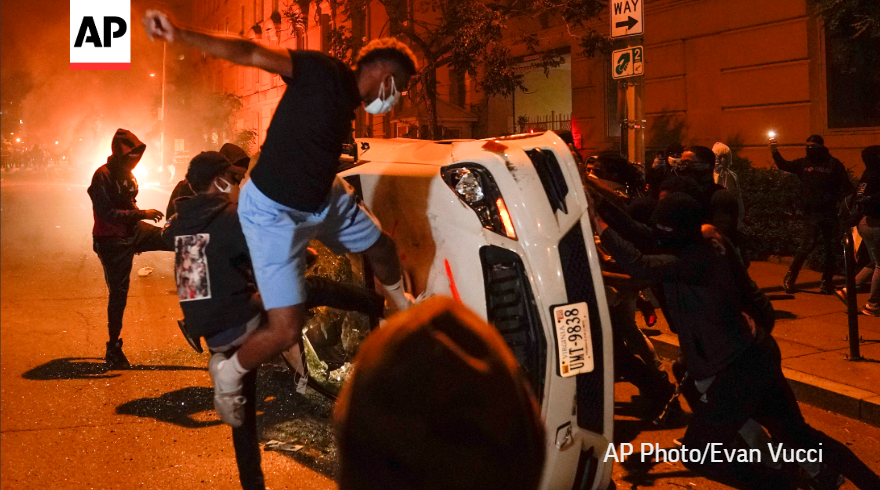 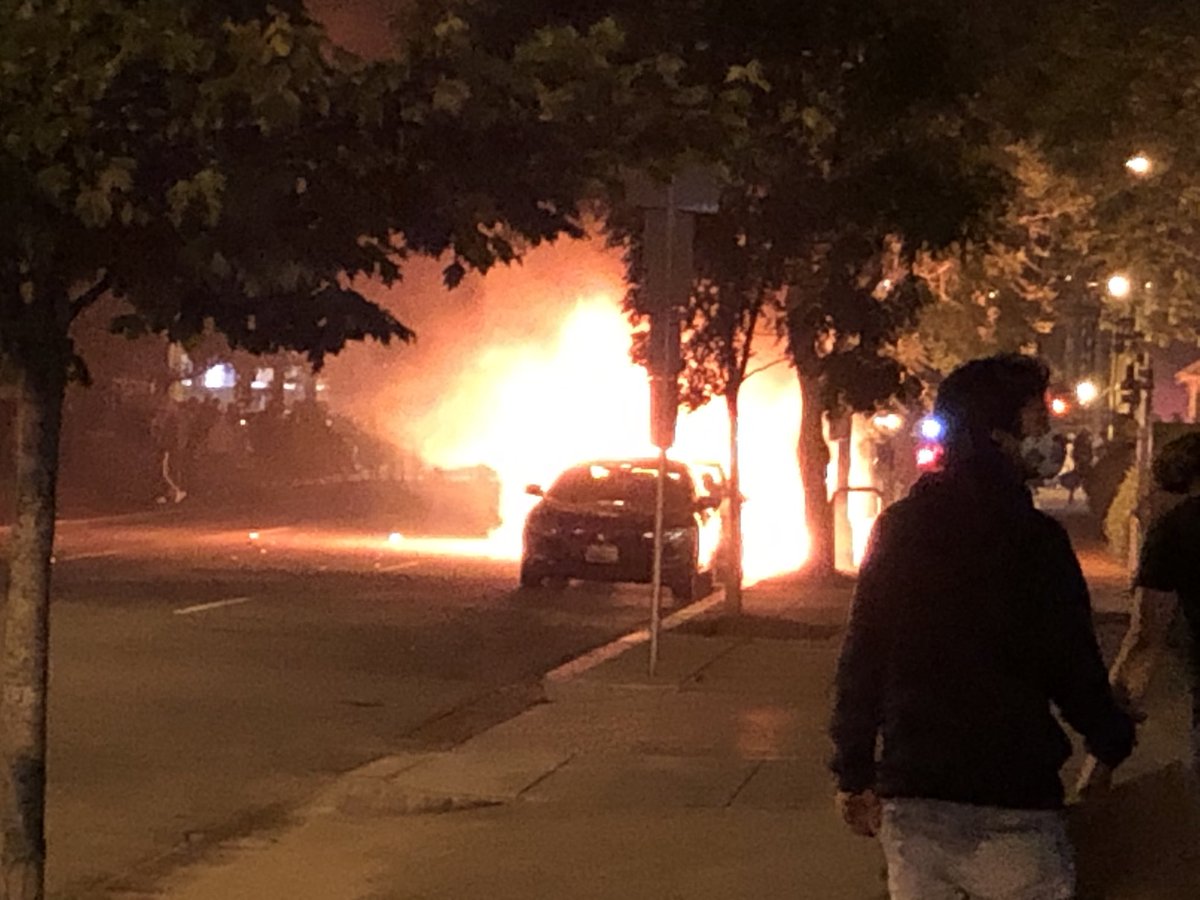 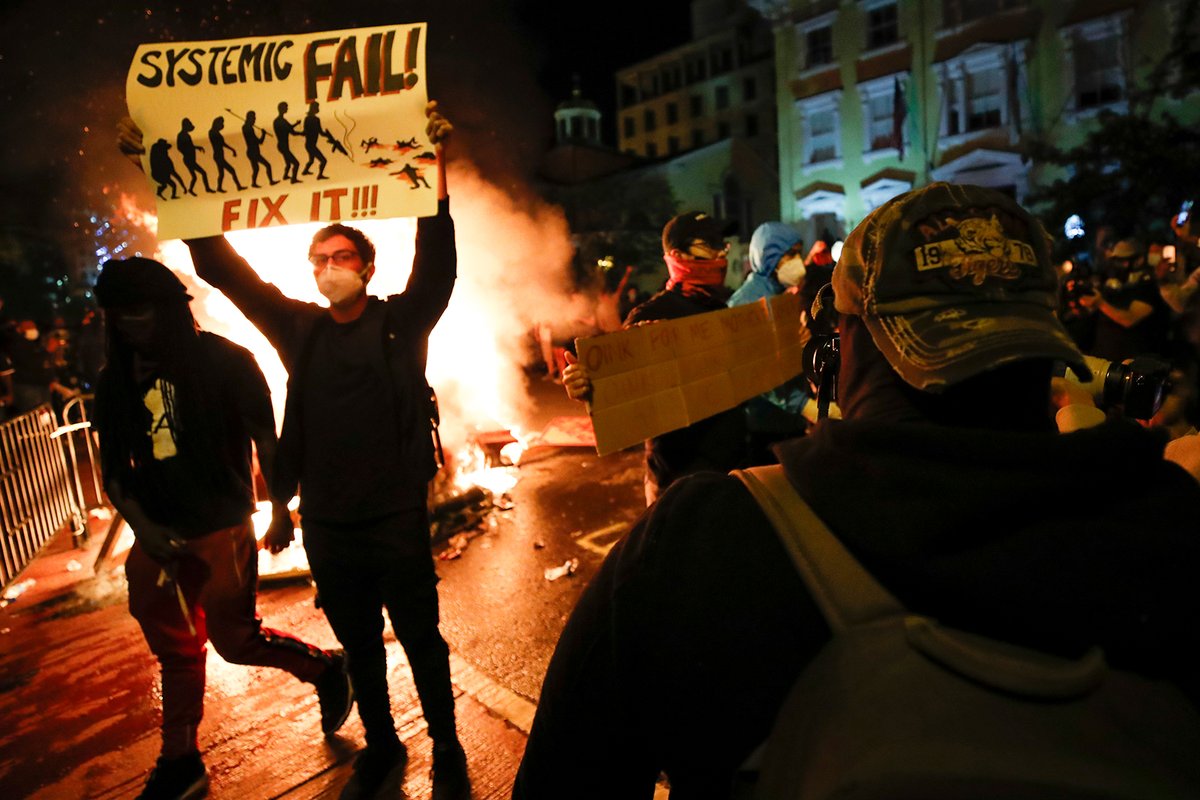 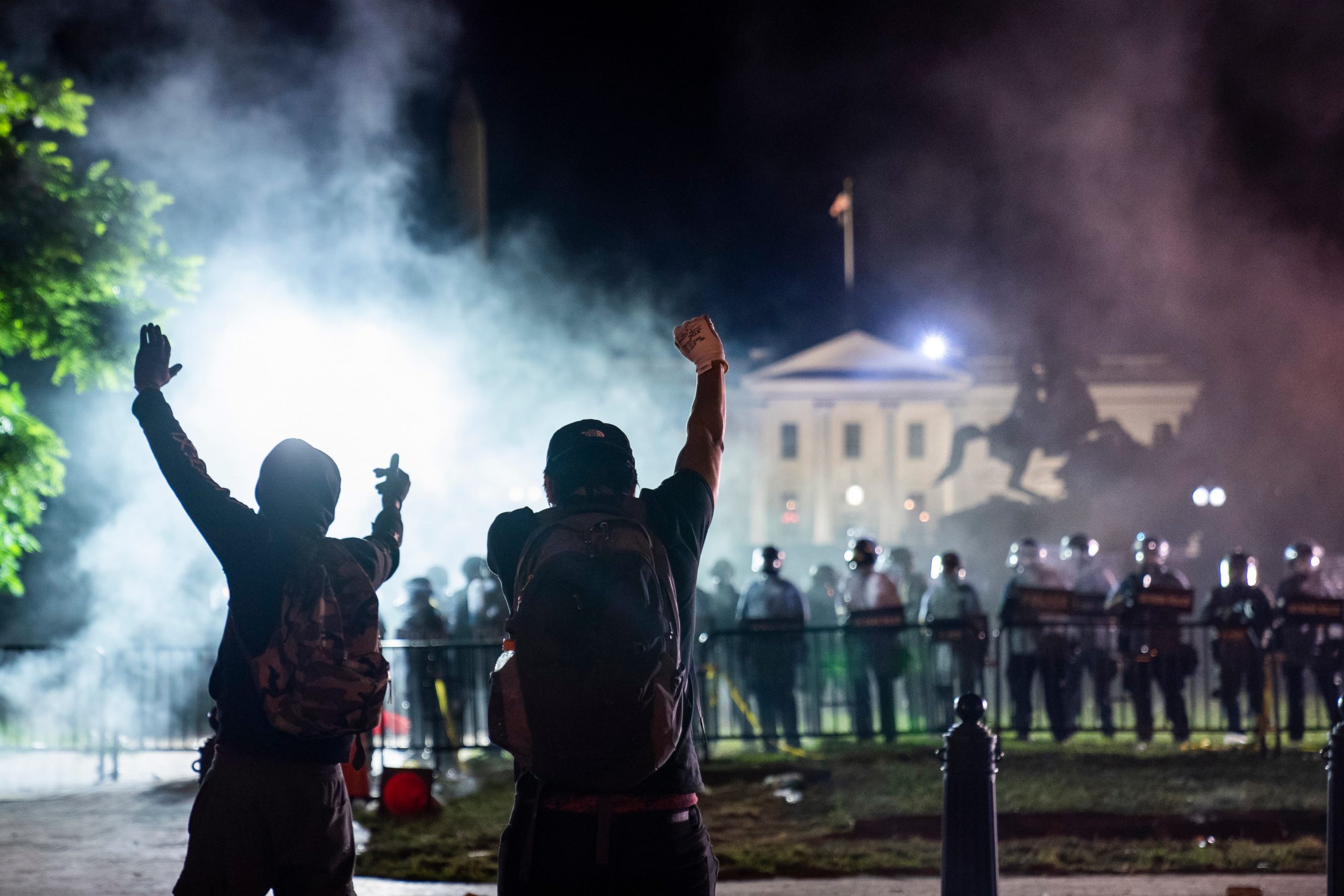 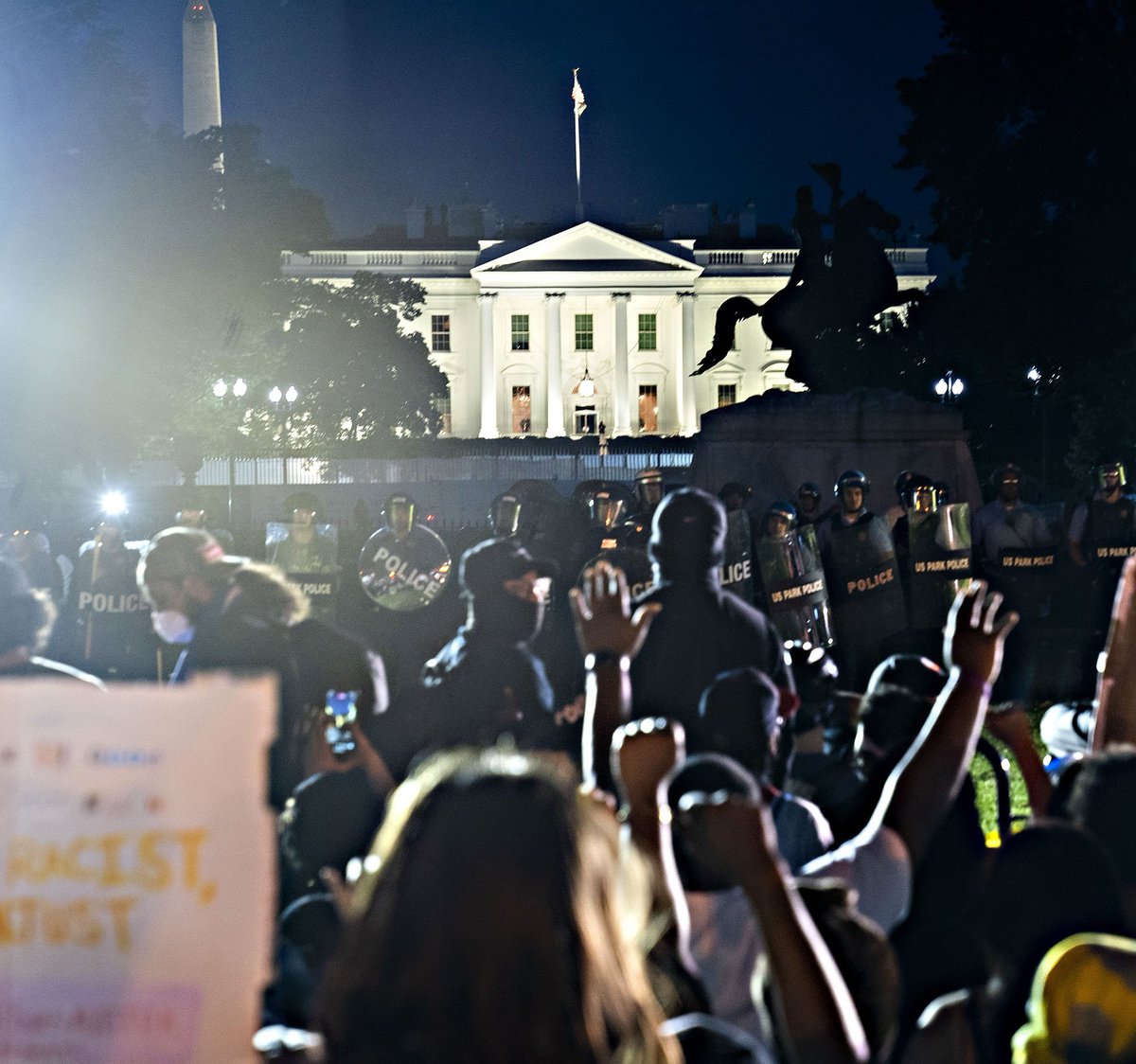 It could be some time before the full details and dynamics behind the developments are known, and it is quite likely that they will be lost in the barrage of competing claims and narratives. The Attorney-General of Minnesota referred to this in remarks to the press, and the grave dangers involved in making allegations before investigations have been conducted:

“What the exact political motivation is is unclear at this point. We need to investigate it,” Ellison said.

He faulted Barr and Trump for focusing on Antifa, rather than addressing the “systemic police abuses in America.”

“So I think the federal government does have a role, but it needs to be constructing a better relationship between cities and the police departments that serve them. And making incendiary comments about who’s to blame here as opposed to actually investigating it isn’t helpful.”

Protests continued Saturday for a fifth straight day in parts of the US in response to the death of George Floyd, an unarmed black man who died in police custody.

The first protests erupted after Floyd, 46, died after Derek Chauvin knelt on his neck during a fatal arrest in Minneapolis, Minnesota on Monday.

Chauvin, 44, was eventually arrested Friday and charged with third-degree murder and second-degree manslaughter but that did not quell anger regarding police brutality and violence. Three other police officers, who were involved in Floyd’s death, were fired along with Chauvin but have not been charged.

Protesters are demanding the arrest of the other three officers and justice for Floyd as well as an end to police brutality against blacks.

In the nation’s capital, the focal point was the vicinity of Lafayette Park across from the White House.

Protestors chanted “I can’t breathe,” “Black Lives Matter,” and “No Justice, No Peace,” among others, for a second night in row. Six arrests were made during protests Friday night, according to US Secret Service.

National Guard soldiers were activated in some states.

In more than 30 cities including Los Angeles, Chicago, Atlanta and Seattle, authorities imposed curfews in hopes of quelling violent protests.

Protests spread to some of the US’ most dependable allies on Sunday, with large protests outside the US Embassies in London and Berlin.

On Sunday morning the National Guard were mobilized across 15 states and the District of Columbia to assist law enforcement officers. 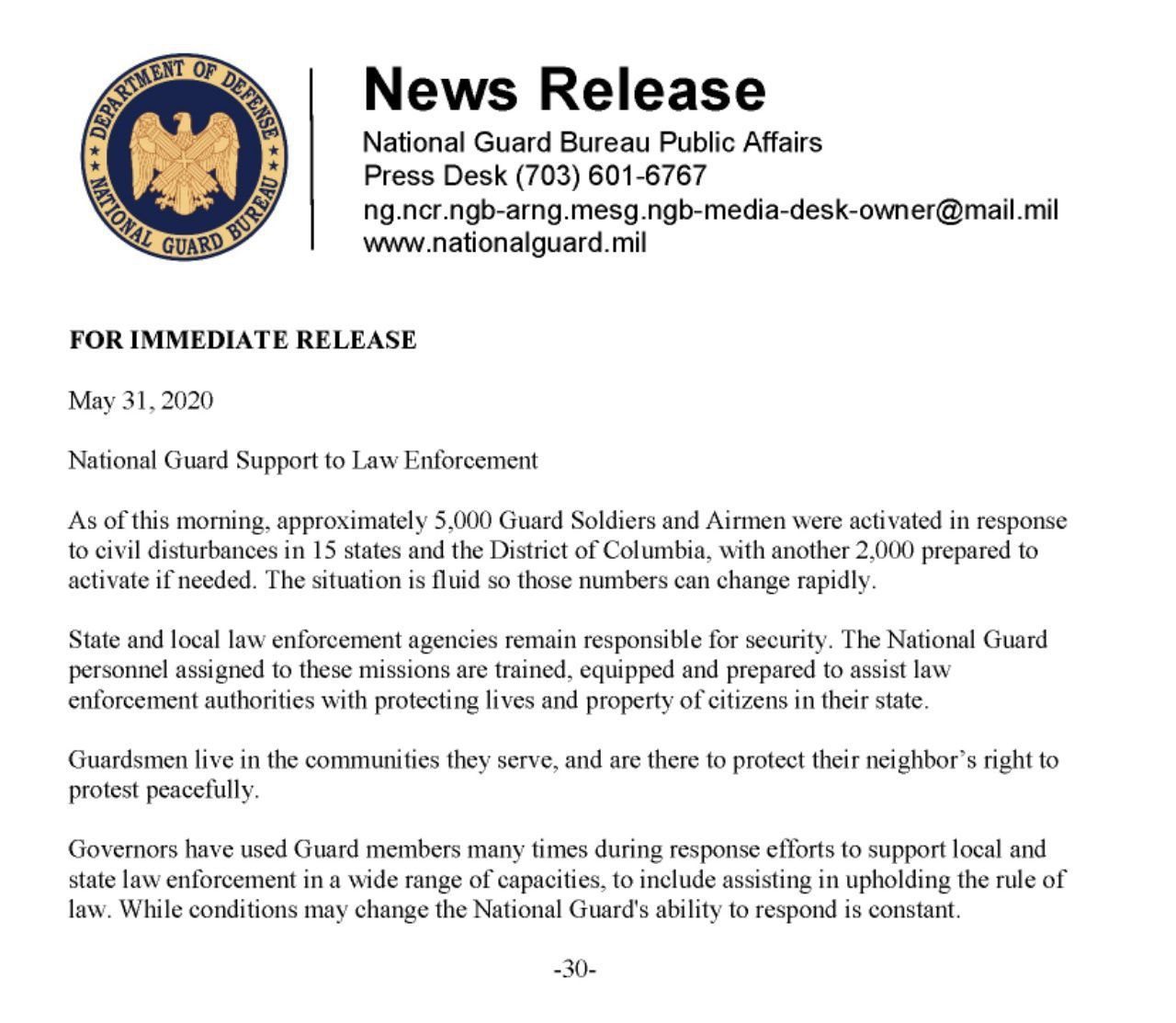 Floyd’s death has strong parallels to that of Eric Garner, who died during a fatal 2014 arrest in New York, repeatedly pleading with officers, “I can’t breathe.”

The subsequent protests and riots are also reminiscent of the LA Riots of 1992, when several police officers were caught on video bashing Rodney King, who was also unarmed and not resisting arrest. 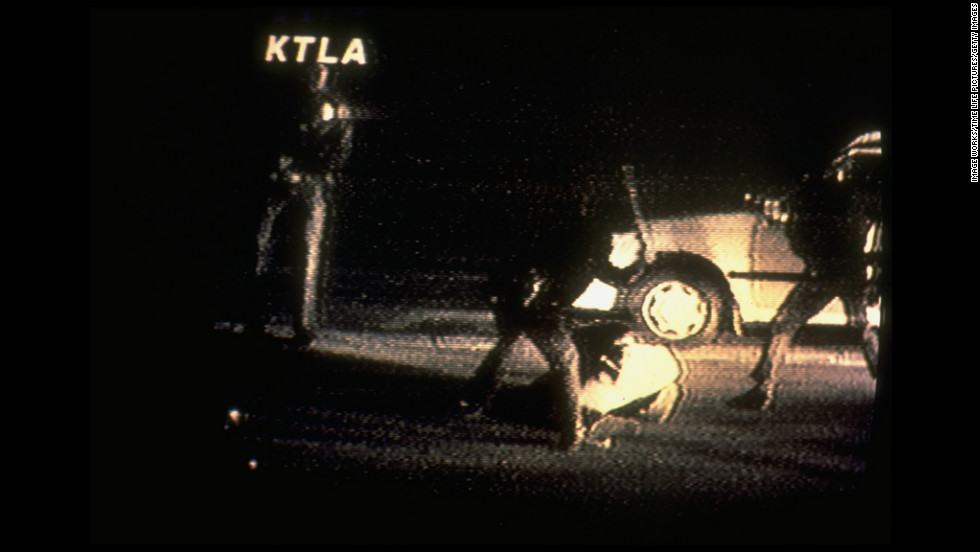