You are here: Home / End Of The American Dream / Why Is The Mainstream Media Freaking Out About What Trump Said About Other Countries So Much? 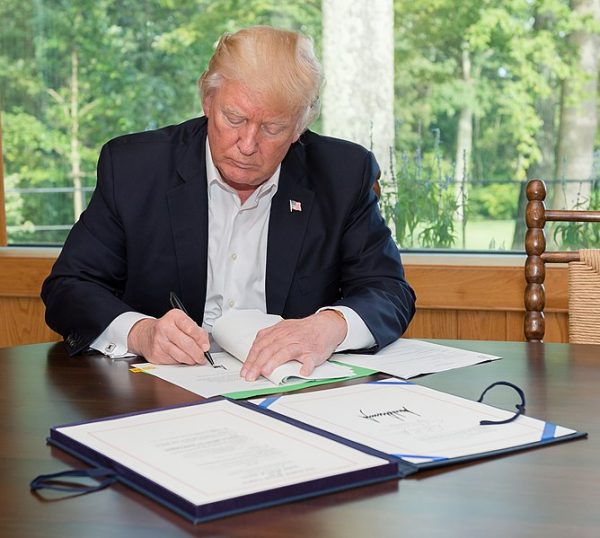 I wish that we lived in a society where profanity was not widely used. Unfortunately, profanity seems to be virtually everywhere these days. Our movies and television shows are filled with it, you can’t escape it in our classrooms and workplaces, and sometimes you will even hear it used by preachers and politicians. I certainly don’t plan to use profanity when I go to Congress, but thanks to my previous experience in D.C. I know that it is an environment where foul language is frequently used behind closed doors. At this point there is a tremendous amount of debate about what President Trump did or did not say, but if he did use a profane word it wouldn’t surprise me at all. As you will see below, there is a long history of presidents using profanity, and the only reason why this has become such a major controversy is because the left hates Trump so much.

We know that President Trump has a good heart, we know that he has been trying to keep the promises that he made to the American people, and we know that he is not politically-correct. And whether he used some colorful language or not, the truth is that what Trump is alleged to have said was not really that controversial. The following is how Tucker Carlson made this point on his show…

“President Trump said something that almost every single person in America actually agrees with,” Carlson said. “An awful lot of immigrants come from this country from other places that aren’t very nice. Those places are dangerous, they’re dirty, they’re corrupt, and they’re poor and that’s the main reason those immigrants are trying to come here and you would too if you live there.”

The Fox News host said that Trump’s use of the expletive “is not surprising” since he “uses them all the time,” but wondered why “virtually everyone in Washington, New York, and LA” is treating it like a “major event.”

But of course the Democrats are going to jump at any chance to demonize Trump, and they are going to try to get as much mileage out of this as they possibly can.

For example, just check out what U.S. Representative Luis Gutierrez is saying…

Rep. Luis Gutierrez (D-Ill.) said the comment shows that Trump “could lead the Ku Klux Klan in the United States of America.” He’s “somebody who could be the leader of the neo-nazis.”

And many in the mainstream media are treating this as if this was the biggest scandal to ever hit Washington. On Thursday, the word “sh*thole” was uttered on CNN an astounding 36 times.

Donald Trump has never been a racist, he is not a racist now, and he never will be a racist. Many in the African-American community are standing up for him and that includes the niece of Dr. Martin Luther King Jr. I believe that Alveda King’s response to this controversy sums things up quite well…

“President Trump is not a racist and calling him a racist is outrageous and unjust. There are countries in Africa that are indeed hellholes.”

Yes, sometimes President Trump says things differently than we would say them.

But if he did use profanity, we would do well to remember that there is a very long history of profanity in the White House. For example, Barack Obama once used very colorful language to describe Mitt Romney. The following comes from Rolling Stone…

“When President Obama called Mitt Romney a “bullsh*tter” in the pages of Rolling Stone earlier this year, it set off a brief firestorm. Defenders of the Republican candidate were shocked – shocked! – that the man holding the highest office in the land would resort to such language.

“In truth, the halls of the White House (like nearly every other house in the country, with the apparent exception of Romney’s) have heard no shortage of profanity over the decades.”

I understand that politics in America is a tough game, and in an election year it makes sense for the Democrats to exploit every opportunity that they possibly can.

But in the end, we should never forget that it is the Democrats that are leading us down a path to national suicide. I really like how Mike Adams made this point in one of his recent articles…

The process of turning America into a Democrat-run sh*thole, not surprisingly, is already under way in certain parts of California, where the massive swaths of homeless tents and shantytown areas reflect how corrupt left-wing government has a “sh*thole effect” on destroying society. In fact, if you look around the world at the worst sh*thole countries, you’ll find something that shouldn’t be surprising: They’re all run by big, powerful governments that pursue insanely stupid economic policies and are steeped in corruption. They’re Democrats, in other words, although they might not be called Democrats in their home countries.

In 2018, we are going to be facing the most important mid-term elections in modern American history.

If the Democrats are able to take back control of either the House or the Senate, President’s Trump agenda will be completely stalled, and we cannot allow that to happen.

The first Republican primaries are just a few months away, and we desperately need everyone to get involved in this effort. The clock is ticking, and the future of this nation is literally hanging in the balance.