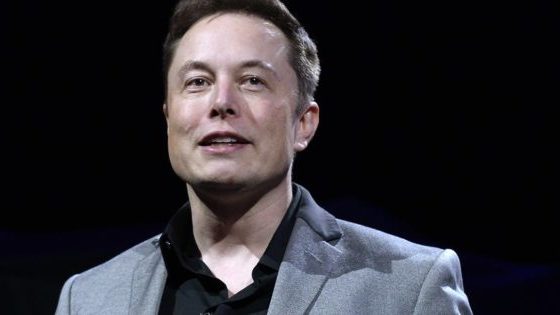 It has been almost exactly two years since Elon Musk’s infamous conference call meltdown when the Tesla CEO snapped at RBC analyst Joseph Spak for asking “boring bonehead questions” during the Q1 2018 earnings call. Today, Musk did it again only this time instead of raging at a “bonehead” question, the notoriously volatile CEO went off on a bizarre tirade, hammering an issue he has expressed substantial displeasure within recent days: the inability to open up the Tesla Fremont factory Calilfornia’s shelter-in-place orders.

Just hours after the Tesla CEO tweeted his best Donald Trump impression to date, screaming “FREE AMERICA NOW” clearly displeased with the ongoing state of affairs in the US virus-stricken nation…

… Elon held the Tesla earnings call were toward the end, increasingly angry, Musk unleashed a 5-minute rant complete with an f-bomb in which the CEO doubled down on his stance against the shelter-in-place orders that have gripped the United States economy in recent weeks, warning that the factory shutdowns are a “serious risk” to the electric automaker’s business.

“It will cause great harm, not just to Tesla, but to many companies,” Musk said on the call. “And while Tesla will weather the storm, there are many companies that will not. Everything people have worked for their whole life is being destroyed in real-time.”

“It’s breaking people’s freedoms in ways that are horrible and wrong and not why they came to America or built this country. What the fuck. Excuse me. Outrage. Outrage.”

“Frankly, I would call it forcible imprisoning of people in their homes against all of, their constitutional rights, in my opinion,” he said, and then slammed the government imposed shutdown of all non-essential businesses as undemocratic and downright “fascist.”

“If somebody wants to stay in their house, that’s great and they should be able to,” he said. “But to say that they cannot leave their house and they will be arrested if they do, this is fascist. This is not democratic, this is not freedom, give people back their goddamn freedom.”

Of course, neither the California or federal shelter-in-place guidelines penalize those who go outside with arrest. That did not prevent Musk from concluding that “the people are going to be very angry about this and are very angry.” What he meant is that he is angry because orders prevent Tesla from building cars at the Fremont facility while the shelter in place order is active.

The billionaire first said panic about the coronavirus “is dumb” on March 6, as the US first began reporting cases that have now topped 1 million. His eagerness to return back to business reemerged on March 19 when he said that “based on current trends, probably close to zero new cases in US too by end of April.”

Based on current trends, probably close to zero new cases in US too by end of April

Then on Tuesday, hours before today’s TSLA earnings call Musk escalated his complaints on Twitter, and just as he yelled at someone to “FREE AMERICA NOW”, he praised Texas’ relaxation of rules starting Friday.

The irony, of course, is that Musk is calling the US government response to COVID-19 “fascist” while not only not criticizing but praising China on the same day he held a private conference call with the Chinese owners of the Shanghai Tesla plant…

.@Tesla CEO @elonmusk told Shanghai Party chief Li Qiang in a video conference Wednesday that the #gigafactory in Shanghai “performed well” during the #COVID19 assault and Tesla will expand investment in the city. pic.twitter.com/J9bcudI5W8

… the same China which put hundreds of millions of people into forced quarantine, and those who violated the non-stop curfew “disappeared” forever.

The even bigger irony is that Musk could care less about US freedoms and what is democratic or fascist when all he is truly raging about is the forced shuttering of his Fremont auto plant which he has repeatedly violated city ordinances just to keep running – while putting workers’ lived in jeopardy – in hopes of beating Wall Street estimates, just so he can keep the stock price elevated above $100 billion entitling him to a $720 million payout.

The full rant can be heard in the clip below. It begins 38:30 into the clip and lasts about 5 minutes:

EDITOR’S NOTE: If Elon Musk cared at all about freedom and liberty, he’d disobey the tyrants instead of asking them to “free people.” People cannot be forced to be free, they have to figure it out themselves. But Musk ould lead by example. Open the Tesla plant and stop paying those who took your freedom to operate it away (stop paying taxes.) I can almost guarantee that if Musk did this, many other companies would follow suit and we’d have freedom by the end of 2020.

If You Want To Be Free, Stop Complying With Tyranny