You are here: Home / The Economic Collapse Blog / What Is America Going To Look Like With Tens Of Millions Of Unemployed Workers?
ShareTweetSubscribe 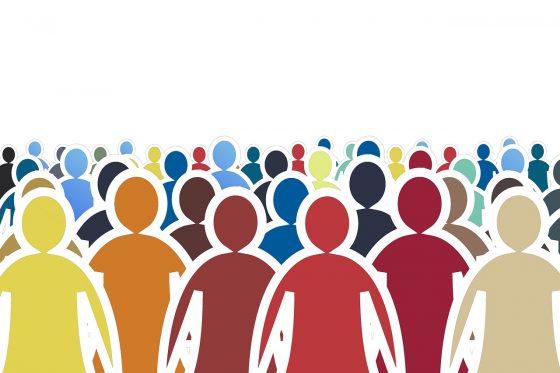 In all of U.S. history, we have never seen a spike in unemployment like we are witnessing right now. Last Thursday it was announced that more than 3.2 million Americans had filed new claims for unemployment benefits during the previous week, and many believe that the number that will be announced this Thursday will be even larger. By the way, the previous all-time record for a single week was just 695,000. So what is happening right now is absolutely nuts. 49 percent of U.S. companies anticipate conducting layoffs within the next 3 months, and the St. Louis Fed is projecting that the unemployment rate in this country will soon rise to 32 percent. Before the coronavirus pandemic started shutting virtually everything down, approximately 158 million Americans were employed, and so we could soon have tens of millions of unemployed workers on our hands if the St. Louis Fed’s projection is accurate.

How are we possibly going to take care of them all?

To call this a “tsunami of unemployment” would be a massive understatement. According to California Governor Gavin Newsom, more than 1.6 million residents of his state have filed for unemployment in recent weeks…

It took the coronavirus pandemic less than a month to triple California’s unemployment rolls and plunge the state’s economy into a tailspin comparable to the Great Recession.

Gov. Gavin Newsom, in his daily update on the fight against COVID-19 on Tuesday, said “well over 1.6 million Californians” have filed for unemployment. A record 150,000 Californians filed claims Monday alone, he said.

Over on the east coast, New York Governor Andrew Cuomo is claiming that there are times when “hundreds of thousands of people” are trying to access his state’s unemployment website simultaneously…

New Yorkers are struggling to file claims for unemployment benefits, as applications have inundated the state’s Department of Labor. At a news conference Tuesday, Gov. Andrew Cuomo, a Democrat, acknowledged the state is having problems processing claims.

“I apologize for the pain—it must be infuriating to deal with,” he said. “The site is so deluged that it keeps crashing because you literally have hundreds of thousands of people at any time trying to get on the site.”

It is hard to imagine things “getting back to normal” in New York any time for the foreseeable future. The number of cases in the state continues to explode, and this is starting to really affect even basic social services. For example, more than 15 percent of all police officers in New York City “were out sick on Tuesday”…

The novel coronavirus outbreak in New York City has taken a major toll on workers in health care, mass transit, and public safety, including the New York City Police Department.

The department reported on Tuesday that 1,048 uniformed members and 145 civilian employees have tested positive for the coronavirus. More than 5,600 officers (about 15.6% of its uniformed workforce) were out sick on Tuesday—more cops than serve in the entire Houston Police Department.

On Tuesday, a forklift was used to help lift dead bodies onto a refrigerated truck outside the Brooklyn Hospital Center. The COVID-19 death toll in the city is 1,139 and 47,439 confirmed cases and hospitals have been using bed sheets to wrap bodies because they no longer have body bags.

There is no way that America is going to “open for business again” as long as this virus continues to spread so rapidly.

The total death toll in the United States just crossed the 5,000 mark, and President Trump says that it could go as high as 240,000. So it looks like we may have a long way to go before this pandemic is finally behind us.

Meanwhile, more Americans are losing their jobs with each passing day. In fact, a brand new survey just discovered that 28 percent of Americans have already “lost wages or other personal income” during this crisis…

More than a quarter of Americans say they’ve already lost wages as the economic fallout from the coronavirus pandemic broadens, according to a new Grinnell College poll released Wednesday.

Twenty-eight percent of those surveyed said they’d already “lost wages or other personal income.” Another 16 percent said they were laid off or furloughed from work, and an additional 28 percent said they lost what they considered a “substantial amount” from a retirement account.

Without a doubt, the number that we are going to get from the Labor Department on Thursday is going to be bad.

Could it be even worse than the number that we saw last week? Apparently that is what quite a few of the “experts” are anticipating…

And it appears that we could keep getting more bad numbers for many weeks to come as vast portions of the country remain shut down.

At this point, some of our biggest corporations are bracing for a very, very long pause in operations. This week, we learned that Ford has decided to keep their North American factories closed indefinitely…

With what are sure to be ugly March sales numbers looming, Ford has now decided it is cancelling plans to re-start production in the U.S. and Mexico over the next two weeks.

Citing risks associated with the coronavirus, the automaker has said the the suspension is “indefinite” and has not set a timeline to bring its facilities back online, according to Bloomberg. The company is currently working with the UAW to establish new guidelines for safety procedures before re-opening.

Of course someday those factories will come back to life, and someday the entire country will try to resume normal activities.

But when that happens, it is likely that we could see another new wave of coronavirus cases. Just look at what is happening over in China. For a while they have been claiming to have the virus under control, but this week they had to put an entire county in lockdown mode…

A Chinese county that was largely unscathed by the novel COVID-19 coronavirus went into lockdown Wednesday, signaling fears of a possible second wave in the country where the virus originated, The South China Morning Post reports.

The county of Jia in Henan province, home to 600,000 people, is now in lockdown after infections reportedly spread at a local hospital. There were previously only 12 confirmed cases in Henan, despite it being situated just north of Hubei province, where China’s epicenter, Wuhan, is located. However, U.S. intelligence reportedly believes China under-reported the actual number of cases.

Officials all over the world are going to be balancing the need to protect life with the need to resume economic activity for a long time to come.

But even if every “shelter-in-place” order was immediately lifted all across America, a large portion of the population would still be deathly afraid of the coronavirus and economic activity would still be greatly depressed from previous levels.

Everyone needs to understand that the unsustainable debt-fueled prosperity that we were enjoying is not coming back, and our day of reckoning has finally arrived.

The “everything bubble” has finally burst, and Egon von Greyerz is warning that we are heading straight into “a collapse”…

I have for years warned about the enormous risks in the financial system that inevitably would lead to a collapse. As the bubble continued to grow for over ten years since the 2006-9 crisis, very few understood that the last crisis was just a rehearsal with none of the underlying problems resolved. By printing and lending $140 trillion since 2006, the problem and risks weren’t just kicked down the road but made exponentially greater.

So here we are in the spring of 2020 with debts, unfunded liabilities and derivatives of around $2.5 quadrillion. This is a sum that is impossible to fathom but if we say that it is almost 30x global GDP, it gives us an idea what the world and central banks will have to grapple with in the next few years.

All of the dominoes are going to be falling, and we are going to see financial chaos like we have never seen before.

We could have avoided this scenario if we had learned our lessons from the last financial crisis and had fundamentally rebuilt our financial system from the ground up using sound economic principles.

But instead our authorities simply inflated all of the bubbles far larger than before, and now we will all have to live with the consequences.