You are here: Home / The Economic Collapse Blog / We Are Witnessing Economic Carnage Like We Have Never Seen Before, And The Economy Is Going To Continue To Bleed Jobs
ShareTweetSubscribe 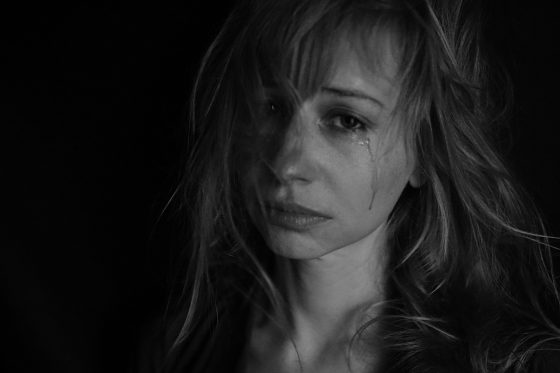 Now we are up to 33.5 million jobs lost. In just 7 weeks, the U.S. economy has been completely turned upside down, and the numbers are unlike anything that we have ever seen before. On Thursday, the Labor Department announced that 3.17 million Americans filed initial claims for unemployment benefits last week. That brings the grand total for this crisis up to 33.5 million, and that figure absolutely dwarfs what we witnessed during the last recession. And as I discussed yesterday, even the mainstream media is now admitting that millions of those jobs are never coming back.

Yes, some Americans will be going back to work now that the lockdowns are being ended, but for now it is being projected that the job losses will continue to surpass any gains that are made by workers that are returning to their old jobs.

In fact, one prominent economist told CNBC that it will likely take until mid-June before the number of Americans filing new claims for unemployment benefits each week falls below a million…

At the current pace, the week claims numbers should fall below 1 million by mid-June, according to Ian Shepherdson, chief economist at Pantheon Macroeconomics. “We’re very hopeful that June will see the beginnings of a rebound as states begin to reopen,” Shepherdson said.

To put that in perspective, prior to this year the all-time record for a single week was just 695,000.

So even when we get down to a million new claims each week, that will still be a catastrophic level.

And the truth is that these numbers don’t even tell the entire story. Because state unemployment websites have been so overwhelmed, there are vast numbers of unemployed Americans that still have not been able to successfully file claims.

One of those unemployed Americans is Florida resident Roselande Guerrier…

Roselande Guerrier lies in bed each night, waiting for her cellphone to display 7:30 a.m. – when the Florida unemployment office opens – and calls, aching for answers, searching for help.

She has been trying day after day, and she still hasn’t been successful.

So for now she doesn’t have a single penny coming in, and she has three hungry kids to feed…

Guerrier, 36, has spent 13 years changing sheets, picking up dirty towels and scrubbing bathrooms as a housekeeper at the Fontainebleau hotel, the iconic Miami Beach resort. At night, she would do the same at the Cadillac Hotel & Beach Club, an art deco resort a few blocks away.

Both those jobs vanished on March 23 when the hotels were forced to close because of the COVID-19 pandemic. With three children to care for, she hasn’t seen a nickel of unemployment benefits or federal relief money.

Could you imagine being in her situation?

When you have little ones depending on you, it can be absolutely soul crushing to have nothing to provide.

If you were assuming that the U.S. economy would just bounce back to where it was before, you can forget about that right now.

In fact, Bob Michele told Bloomberg that it may be more than a decade before U.S. employment returns to the levels that we saw prior to this pandemic…

J.P. Morgan Chief Investment Officer Bob Michele predicted it will take 10-12 years after the pandemic for U.S. employment to get back to its pre-coronavirus level, insisting it won’t be as simple as turning the economy back on.

“No, it’s not that simple … it’s going to take years, or longer to get back to where we are, or where we were,” Michele said on Bloomberg when asked if reopening would be as simple as “turning on the lights.”

Ladies and gentlemen, this is what an economic depression looks like, and it is going to be with us for the foreseeable future.

Of course Congress certainly didn’t help matters when they created a big, fat juicy incentive for people to stay unemployed. As Zero Hedge reminds us, millions of unemployed workers are now bringing home a lot more money than when they were actually working…

Worse still, the final numbers will likely be hurt even more due to the bailout itself: as a reminder, the Coronavirus Aid, Relief, and Economic Security (CARES) Act, passed on March 27, could contribute to new records being reached in coming weeks as it increases eligibility for jobless claims to self-employed and gig workers, extends the maximum number of weeks that one can receive benefits, and provides an additional $600 per week until July 31. A recent WSJ article noted that this has created incentives for some businesses to temporarily furlough their employees, knowing that they will be covered financially as the economy is shutdown. Meanwhile, those making below $50k will generally be made whole and possibly be better off on unemployment benefits.

I certainly don’t understand why Congress would do such a thing.

Getting back to the economy, we continue to get more evidence that we are in the midst of a complete and utter economic implosion with each passing day.

For example, we just learned that orders for Class 8 trucks in April were down a whopping 73 percent compared to a year ago…

The misery in Class 8 heavy duty truck orders continues. Still struggling with the remnants of an order backlog that started almost two years ago with record orders in August 2018, the industry was unable to find an equilibrium prior to the coronavirus pandemic. Orders were sluggish and we noted numerous trucking companies that closed up shop altogether in 2019.

Post-pandemic, things look even more helpless. In April, the industry posted its worst order number on record as the economy ground to a halt as a result of the nationwide lockdown. Only 4,000 Class 8 orders were made last month, which is down 73% year over year and 44% from March.

Virtually every corner of the economy is dramatically slowing down, and that is going to force more layoffs in the months ahead.

As I discussed yesterday, one survey just found that 52 percent of all small business owners expect to be out of business in the next six months. Traditionally, small businesses are the primary engine of job growth in this country, but now they are going to be failing at an unprecedented rate.

Wedding plans nationwide have been shot to hell in this age of social distancing. But Chicago-based calligrapher and wedding invitation designer Emily Rose Asher still has some work creating “save the NEW date” cards that couples are now sending to guests when they decide to reschedule their big event.

Still, Asher said, whereas she used to earn thousands of dollars during wedding season, she’s now earning hundreds. And the fact that she still has any income at all likely will disqualify her for unemployment benefits. But she did apply for a PPP loan at the end of April after trying to sort through conflicting guidance from two accountants about her eligibility.

I have such respect for people that create a business out of nothing and slowly nurture it into a success.

But now fear of COVID-19 threatens to kill millions of such businesses.

In other words, millions of hard working Americans are about to see their dreams go up in smoke right in front of their eyes.

It is a tragedy of almost unimaginable proportions, and I wish that it wasn’t happening.

But it is happening, and what is truly sad is that all of this could have been avoided if we had made much different choices.