You are here: Home / The Economic Collapse Blog / We Are Being Told To Prepare “To See High Prices At Grocery Stores” And “It’s Likely That Shortages May Only Get Worse”
ShareTweetSubscribe 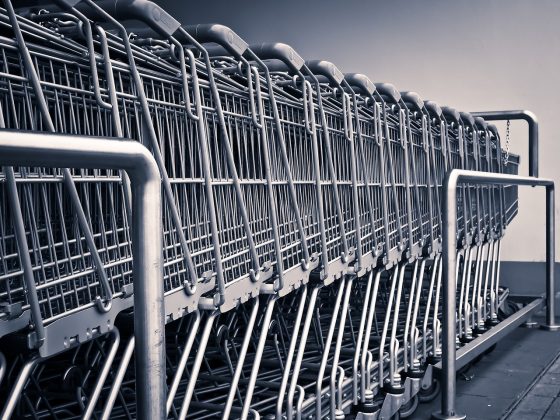 If you have been to a grocery store lately, then you already know that prices are higher than usual and that there are shortages of certain items. Many Americans have been assuming that as COVID-19 restrictions are slowly rolled back that these shortages will eventually disappear, but now even the Washington Post is admitting that “shortages may get worse” in the weeks and months ahead. Of course there will still be plenty of food available in the grocery stores, but you may have to do without some of your favorite products for a while. And you should also brace yourself for significantly higher prices for many of the products that do remain available. As WBTV has noted, this will especially be true for basic meat staples such as ground beef and chicken…

Americans looking to get outside this holiday weekend, maybe fire up the grill, should be prepared to see high prices at grocery stores, especially cookout staples like ground beef and chicken.

The meat at the store is a little bit more expensive because of plants that are shutting down and causing a logjam in the food supply chain.

All over the country, COVID-19 is playing havoc with food distribution systems, and nobody has been hit harder than meat processing facilities. The virus has spread like wildfire in such facilities, and this has resulted in many of them being forced to shut down for an extended period of time.

With less supply and roughly the same level of demand, meat prices have escalated quite a bit in recent weeks. In fact, in April we witnessed the largest spike in food prices in 46 years…

Prices Americans paid for eggs, meat, cereal and milk shot higher in April as people flocked to grocery stores to stock up on food amid government lockdowns designed to slow the spread of Covid-19.

The Labor Department reported Tuesday that prices U.S. consumers paid for groceries jumped 2.6% in April, the largest one-month pop since February 1974. The spike in supermarket prices was broad based and impacted items from broccoli and ham to oatmeal and tuna.

Of course there have also been whispers that some funny business has been taking place among the meatpacking giants, and federal officials are now investigating allegations of price fixing…

Federal prosecutors are looking into allegations that the meatpacking industry is coordinating or manipulating prices, a person familiar with the investigation told FOX News.

The Department of Justice investigation has been going on for “months,” the source said.

Prosecutors are specifically scrutinizing the four largest meatpackers in the U.S., which control more than 80 percent of the market: JBS, National Beef, Tyson Foods and Cargill.

But no matter how that investigation unfolds, we should expect higher prices to continue, because the industry simply cannot produce as much meat as usual with so many facilities shut down right now.

And with each passing day, we learn of more workers that have become infected. In fact, 570 workers at a single Tyson Foods plant in North Carolina just tested positive for the virus…

Meat processing plants across the country are struggling with outbreaks of the coronavirus. That includes the Tyson Foods chicken processing facility in Wilkes County, N.C.

More than 2,200 workers were tested at the Wilkesboro plant, and 570 were positive for the coronavirus.

With so many meat processing facilities all over the nation currently idle, many farmers simply do not have anyone to sell to right now, and this has pushed many of them to the brink of financial ruin.

For example, it is exceedingly expensive to raise chickens on a massive scale, but with so many plants closed down North Carolina farmers are now being forced “to euthanize 1.5 million chickens”…

Coronavirus outbreaks at meat processing plants are forcing North Carolina farmers to euthanize 1.5 million chickens, according to a state official.

Assistant Agriculture Commissioner Joe Reardon told The News & Observer that this is the first time during the pandemic that North Carolina farmers have had to euthanize their animals. Roughly a third of the 1.5 million chickens already had been killed, Reardon said.

Similar scenarios are playing out all over the U.S., and this is truly a tremendous tragedy.

Unlike some other areas around the globe right now, we would actually have plenty of meat if the farmers could get their animals through the supply chain.

Unfortunately, fear of COVID-19 has thrown the supply chain into a state of chaos, and that is likely to continue for the foreseeable future. In fact, the mainstream media is now warning us “that shortages may only get worse”…

The Centers for Disease Control and Prevention has estimated at least 5,000 workers were infected by the end of April, though advocates have suggested there could be more than 17,000. And with plants already slow to respond to outbreaks and some still partially closed, it’s likely that shortages may only get worse.

The good news is that eventually this pandemic will subside, and when that happens it is likely that the supply chain will start to revert back to normal once again.

But if fear of COVID-19 can cause this much chaos for our food distribution systems, what will happen once a much more severe crisis hits us?

When things really start going crazy in this country, basic supplies will disappear from the stores very rapidly, and the government is not going to be bringing baskets of food to your door.

In the end, you will be on your own.

And in the short-term, you should expect food prices to continue to rise. The federal government has been borrowing and spending trillions of dollars that we do not have during this pandemic, and the Federal Reserve has cranked up the money creation machine to absolutely absurd levels. What this means is that the value of our currency is rapidly being devalued, and eventually we will see very painful inflation.

I know that food prices seem really high right now, but they are only going to go up from here.