The last time this small town in Washington State printed local dollars out of wood was in the Great Depression. Now, the town of Tenino, a community of fewer than 2,000 people near Seattle, has fired up the printing presses after 90 years to fight the virus-induced downturn that has decimated the region.

Tenino residents who can prove economic hardships caused by the virus pandemic are eligible for $300 per month in wooden dollars, subsidized by the local government grant program. So far, the city printed $10,000 of local currency for residents to only be used at businesses in city limits.

The currency is not made of cotton/linen material or 0s or 1s on the blockchain – but rather, wood, as this is the latest example of the rise of “micro currencies” in local communities.

Tenino Mayor Wayne Fournier told The Hustle the wood coins were used during the pandemic to bring back consumption that crashed.

“We were talking about grants for business, microloans, trying to team up with a bunch of different banks,” Fournier said. “The big concern was, ‘How do we directly help families and individuals?”

And then it dawned on him: “Why not start our currency?”

The plan came together fast. Fournier decided that Tenino would set aside $10k to give out to low-income residents hurt by the pandemic. But instead of using federal dollars, he’d print the money on thin sheets of wood designed exclusively for use in Tenino. His mint? A 130-year-old newspaper printer from a local museum.

Fournier’s central idea is pulled straight from Tenino’s history. During the Great Depression, the city printed sets of wooden dollars using that exact same 1890 newspaper printer. Within a year, the wooden currency had helped bring the economy back from the dead.

By reinstating the old currency now, Fournier has accidentally become part of a much bigger movement. With businesses worried about keeping the lights on and people scrambling to find spending money, communities have struggled to keep their local economies afloat.

So they’ve revived an old strategy: When in doubt, print your own money. – The Hustle

Not too long ago, we noted a small southern Italian town of Castellino del Biferno, printed their local currency to support the local economy during the pandemic.

Amid the current recession, bartering has been booming – it was noted back in April that online bartering sites saw a rapid surge in traffic.

And what does this all mean? Well, the Federal Reserve is not in the businesses of saving small communities – they’re in the business of stabilizing too-big-to-fail banks and Wall Street hedge funds – which means in a post-corona world, the emergence of local currencies could be coming to a small community near you.

Google search trend for “microcurrencies” has erupted in recent months. 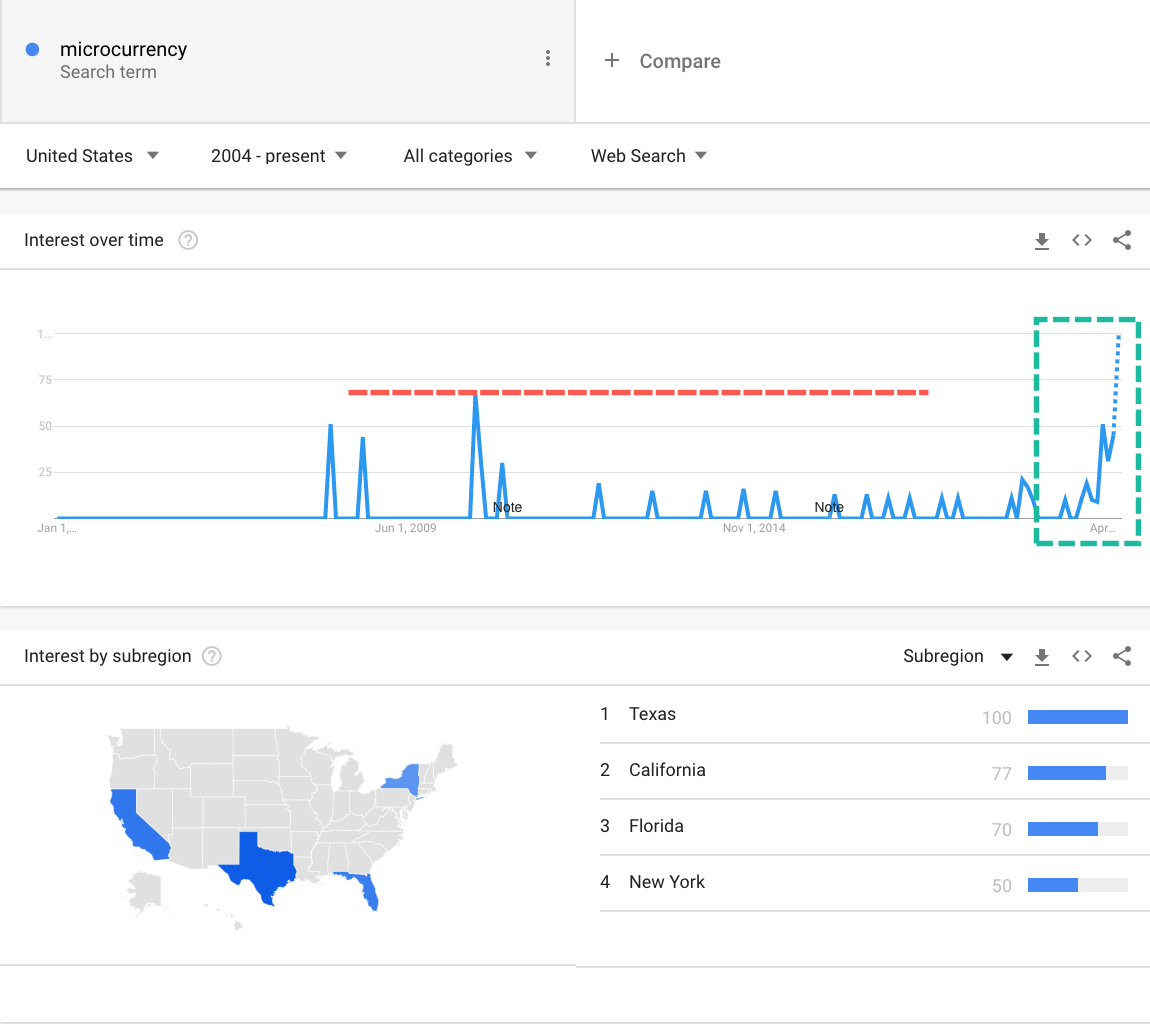 Fed up with the status quo? Launch a local micro currency in your small town.