You are here: Home / SHTF Plan / Ventilators By Cloak & Dagger: Israel’s Mossad Boasts Of Stealing Medical Gear From Other Countries 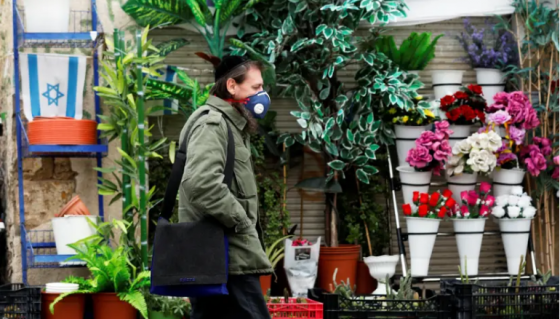 An Israel broacast interview featuring a high-level Mossad operative is making waves in the region after an intelligence official admitted using “a little” theft to obtain medical protective equipment in the fight against coronavirus, which has been in short supply globally.

There’s been a controversy raging over just how Israel has been able to stay well-stocked of personal protective equipment (PPE), test kits, and ventilators even as the rest of the world, including the US and Canada, runs out. This after late last month Israeli media widely reported “The Mossad purchased 10 million medical masks” in a “sensitive” operation, as The Jerusalem Post reported March 30.

“In addition to the 10 million medical masks, the Mossad brought a few dozen ventilators, tens of thousands of test kits and some 25,000 N95 surgical masks that are designed to protect the wearer from airborne particles and liquid,” the controversial Jerusalem Post report explained. “It expects to bring more medical equipment to the country. Mossad Director Yossi Cohen heads a special command center along with other national security units and the Health Ministry.”

In an interview with Israel’s Channel 12, a Mossad operative, identified only as H, said that Israelis would face no shortage in dealing with the virus.

“In the world in general there will be a great shortage. People are dying because of a lack of equipment. In Israel people won’t go without,”H said.

When asked about the means Mossad intelligence operatives had used in obtaining protective equipment, the agent refused to give details. When pressed further on whether such means may have included theft of supplies from other countries, H said: “We stole, but only a little.”

And a prior story in Israel’s Haaretz also confirmed the stunning admission by the Mossad official, who only went by a pseudonym.

The interview had been conducted by reporter Ilana Dayan for the investigative journalism series Uvda, as Haaretz explained in its Ventilators by Cloak-and-dagger:

The Mossad agents boasted about stealing medical equipment ordered by other countries. As Dayan chuckled, ”H.,” the head of Mossad’s technology division, said with a wink: “We stole, but only a little.” The senior spy, who admitted that until a few days ago he didn’t know what a ventilator was, who says “me and him went” and thinks jarred baby food is given by injection, explained: “We don’t steal in that manner … to put a hand on supplies that someone else ordered.”

A number of countries, including the United States, have lately moved to ban all exports of personal protective gear and equipment like ventilators as the countries don’t have enough to meet their own demand amid the massive influx of Covid-19 hospitalizations.

This likely only served to increase Israeli’s intelligence underhanded and covert tactics in procuring their own. Previously The New York Times said the Mossad “used international contacts” to avert possible shortages, more recently admitting that “Mr. Cohen’s [Mossad director] powerful agency, it turns out, has been deeply involved in Israel’s fight against the virus, and has been one of the country’s most valuable assets in acquiring medical equipment and manufacturing technology abroad, according to Israeli medical and security officials.”

No doubt these operations to intervene in the global medical supply chain go the other way too – as in likely Mossad is simultaneously attempting to intercept and sabotage much-needed supplies going to enemies like Iran or Syria.