You are here: Home / SouthFront / US Plans To Send Troops To Tunisia To Counter Alleged Russian ‘Destabilizing’ Influence 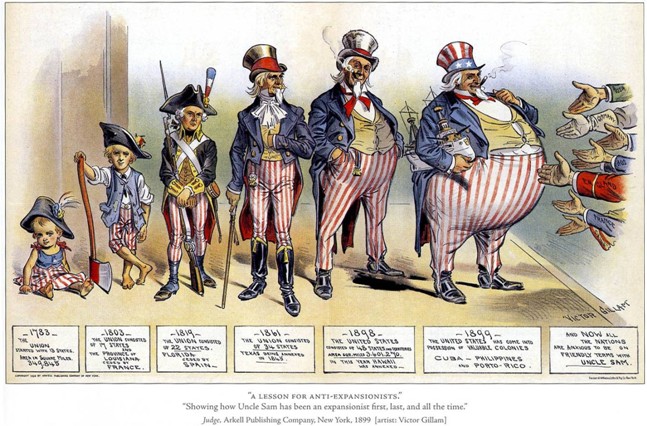 The United States is considering sending a brigade of troops to Tunisia ‘for training purposes’ to counter the alleged ‘Russian threat’ to regional security, US African Command (AFRICOM) announced, following a telephone conversation on 28 May between AFRICOM Commander Gen. Stephen Townsend and Tunisian Defence Minister Imed Hazgui.

“As Russia continues to fan the flames of the Libyan conflict, regional security in North Africa is a heightened concern. We’re looking at new ways to address mutual security concerns with Tunisia, including the use of our Security Force Assistance Brigade,” Townsend said, his comments appearing in an AFRICOM press statement late Friday.

“Tunisia is a prime example of how US support to our African partners aids long-term self-sufficiency, security and development. Our relationship with Tunisia is centered on enhancing our partnership to achieve mutual security goals,” the general added.

Moscow has repeatedly denied accusations of involvement in the Libyan civil war, stressing that it wants to see a diplomatic settlement in the war-torn country, and recalling that it was a NATO military intervention in the country in 2011 which turned Libya into a failed state. LINK

Behind the US’ accusations there are clearly other motivations for expanding their military presence throughout Africa. While it is quite likely that the US political, economic and military leadership is concerned by a possible Russian presence in some African countries, it has become increasingly apparent over the last decade that other ambitions and concerns have been driving the push to establish AFRICOM (which occurred on 1 October 2008) and its subsequent expansion.

As far back as 28 May 2011 Global Research reposted an analysis first posted at Southern Times on the US’ efforts to secure access to strategic resources (the original link is no longer operative).

The report reviews a study by Dr Stephen Burgess, a Zimbabwean-born associate professor at the US Air War College, which argues that Washington may have to enlist the services of the Department of Defence, the National Security Agency and the Africa Command (AFRICOM) to secure Southern Africa’s resources.

“His study, titled ‘Sustainability of Strategic Minerals in Southern Africa and Potential Conflicts and Partnerships’, says the US should move quickly to secure Southern Africa’s uranium, manganese, platinum, chrome, cobalt and rare earth minerals for America’s industrial needs and for its military as well as maintenance of weapons systems.

The study focuses on resource accessibility in the DRC, Namibia, South Africa, Zambia and Zimbabwe and draws parallels with the 1880s scramble for Africa.

To triumph in this new scramble, Burgess notes, ‘all instruments of (US) power’ must be deployed.

Burgess visited all these countries – except Zimbabwe – and makes recommendations on how the US can muscle out China.

He interviewed mining sector experts, government officials and journalists as part of his research.

There were also consultations with American institutions such as the Defence National Stock Pile Centre, the Defence Logistics Agency and the Marine Corps Command.

A note in the study indicates that it has nothing to do with the US Air War College, raising the possibility that Burgess was working as a consultant for Washington.

‘Southern Africa contains strategic minerals, which the USA and its allies require for industrial purposes and that militaries need for production and sustainment of weapons systems.

‘The principal sustainability challenge in SADC for the USA and its allies is uncertain access to strategic minerals.

‘The cause of this challenge is increasing global demand and supply shortages caused by inadequate infrastructure, politicization of the mining industry and China’s aggressive and sometimes monopolistic behaviour in pursuit of minerals.

‘The challenge is most acute in two Southern African countries – South Africa and the Democratic Republic of the Congo (DRC) – and also growing in Zambia, Zimbabwe and Namibia.

‘Of particular concern is possible future conflict between the United States, which needs strategic minerals for national defence and other purposes, and China, which needs an increasing amount of resources to fuel its accelerating industrialization.

‘There is a rising scramble for and struggle over resources in Africa, especially in petroleum and mining economies.

‘In particular, the US government is concerned about access to ‘defence critical resources’. This requires increased levels of engagement with the African countries concerned, using all the instruments of American power and working with American and Western mining companies, as well as engagement with China and Chinese companies…” LINK

The Black Alliance for Peace has made the abolition of AFRICOM one of its central demands for many years. The Alliance states of AFRICOM:

“October 1, 2018 marked 10 years since the United States African Command (AFRICOM) had been established. The purpose of AFRICOM is to use U.S. military power to impose U.S. control of African land, resources and labor to service the needs of U.S. multi-national corporations and the wealthy in the United States.

When AFRICOM was established in the months before Barack Obama assumed office as the first Black President of the United States, a majority of African nations—led by the Pan-Africanist government of Libya—rejected AFRICOM, forcing the new command to instead work out of Europe. But with the U.S. and NATO attack on Libya that led to the destruction of that country and the murder of its leader Muammar Gaddafi in 2011, corrupt African leaders began to allow AFRICOM forces to operate in their countries and establish military-to-military relations with the United States. Today, those efforts have resulted in 46 various forms of U.S. bases as well as military-to-military relations between 53 out of the 54 African countries and the United States. U.S. Special Forces troops now operate in more than a dozen African nations.” LINK