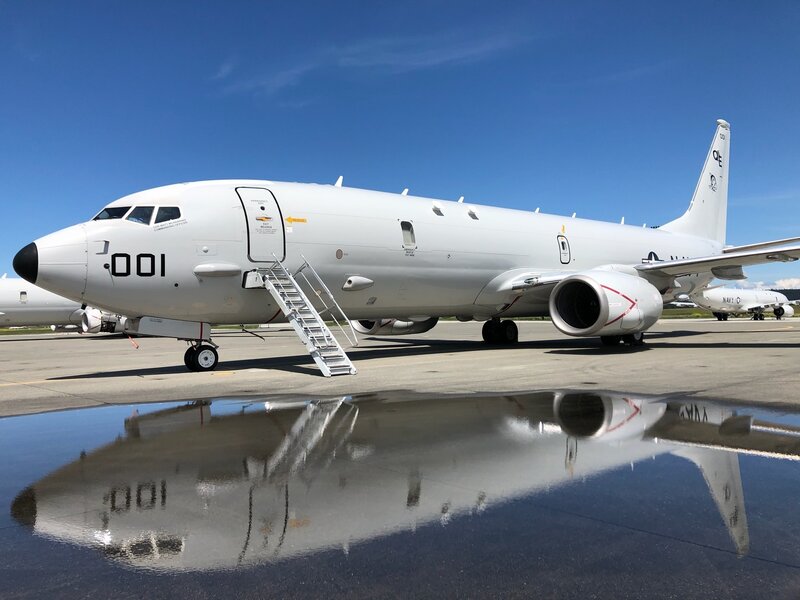 On May 14th, the US Navy’s Patrol Squadron (VP) 40 Fighting Marlins completed its transition from P-3C Orion to the P-8A Poseidon maritime patrol aircraft.

The transition began in November 2019, after VP-40 returned to Naval Air Station (NAS) Whidbey Island after it completed the final active duty deployment of the P-3C Orion.

P-3C Orion operations have been happening since 1968.

The squadron completed the last of its nine P-3C aircraft transfers with the delivery of aircraft 162776 to the Naval Aviation Museum in Pensacola, Fla., and then commenced P-8A transition training under the instruction of VP-30, the Navy’s Patrol and Reconnaissance Fleet Replacement Squadron based out of NAS Jacksonville.

VP-30 has been carrying out its squadron transition to P-8A Poseidon since 2012, utilizing a team of military and civilian maintenance and aircrew professionals.

The transition for VP-40 was carried out in three phases.

“Though our aircraft has changed, our vision has stayed the same,” said Aviation Maintenance Administrationman 2nd Class Sarah Moore. “As every sailor learns different aspects of the job, and they support our Marlin family. Achieving our shared goals through teamwork has directly resulted in a successful transition from P-3C to P-8A.”

“The P-8 operates very differently from the P-3, but the fundamentals of being a pilot remain the same,” said Lt. Alan Thornhill, a pilot with VP-40. “The aircraft has a lot more technology [than the P-3C] and can provide its pilots an immense amount of information. Knowing what information is important and relevant at any given moment still takes practice and training. Automation makes the plane fly more safely but is limited by the understanding and ability of the person managing the automation to make safe and timely decisions. We still focus heavily on the mantra of “aviate, navigate, communicate” to keep ourselves caged on the important details of whatever phase of flight we are in.”

“These advanced qualifications typically require 12-18 months to achieve in a normal training environment, but were completed in only seven months thanks to the dedication and hard work of each VP-40 Sailor,” said Parsons.

With the successful completion of the transition, VP-40 is now preparing to carry out around-the-globe operations.

“The hard work of our Sailors and the Sailors of VP-30 allowed us to complete this transition process so seamlessly,” said Cmdr. Matt McKerring, VP-40’s Commanding Officer. “Once again, VP-40 has accomplished our mission successfully and on schedule regardless of any obstacles or challenges. After more than 50 years with the P-3C Orion, the Fighting Marlins are ready to tackle another 50 years with the P-8A Poseidon.”

The Boeing P-8 Poseidon (formerly Multimission Maritime Aircraft) is a military aircraft developed and produced by Boeing Defense, Space & Security, modified from the 737-800ERX. It was developed for the US Navy.

The P-8 is being operated in the anti-submarine warfare (ASW), anti-surface warfare (ASUW), and shipping interdiction roles. It is armed with torpedoes, Harpoon anti-ship missiles and other weapons, and is able to drop and monitor sonobuoys, as well as operate in conjunction with other assets, including the Northrop Grumman MQ-4C Triton maritime surveillance UAV.