You are here: Home / SHTF Plan / US INTEL: North Korea Is Prepping For Another Missile Test 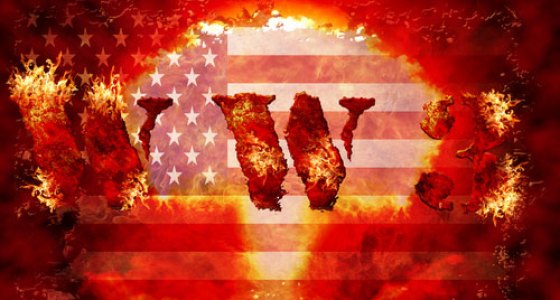 With the success of the last missile test, North Korea is continuing the ramping up their weapons system. Their last hugely successful ICBM test showed they have the capability to strike Alaska.

United States intelligence is now saying the rogue North Korean regime is getting ready to launch yet another missile test. The frequency of these tests show a continued thumbing of Kim Jong Un’s nose in Donald Trump’s direction, and they increase the already heightened tensions between the two countries. U.S. intelligence is also suggesting that North Korea is making preparations for the test which could happen in about two weeks, according to CNN.

Earlier this week, Gen. Paul Selva, vice chairman of the Joint Chiefs of Staff, said he is “reasonably confident in the ability of our intelligence community to monitor the testing but not the deployment of these missile systems.” Since that isn’t comforting, all hope lies in Kim Jong Un suddenly deciding he no longer enjoys his hobby of war and provocation. “Kim Jong Un and his forces are very good at camouflage, concealment, and deception,” Selva told the Senate Armed Services Committee earlier this week.

He added that Pyongyang has not yet shown “capacity to strike the United States with any degree of accuracy or reasonable confidence of success.” But that statement doesn’t appear to be factual. North Korea, on July 4 of this year, successfully tested an intercontinental ballistic missile for the first time, and experts agree that it had the capability of hitting the US.

Experts agree, and say that if the missile had been fired on a normal trajectory instead of at a high altitude, it would have reached about 6,000 kilometers, which is enough to put Alaska within range. –SHTFPlan

Alaska is not considered “mainland United States,” but US land is within the range of a North Korean intercontinental ballistic missile. It does seem like there’s been a long period of time since Kim Jong-Un launched another missile test, but with the success of the last one, he may be more feverishly preparing for the next one.

US satellites have detected new imagery and satellite-based radar emissions indicating North Korea may be testing components and missile control facilities for another ICBM or intermediate launch, officials say. The US is watching in particular for further testing of North Korean radars and communications that could be used in a launch. The next test launch would be the first since North Korea successfully launched an ICBM on July 4. -CNN

These developments are obviously a concern since North Korea’s tyrant has said he intends to eventually have a nuclear weapon that can hit mainland United States. Pyongyang has long maintained the ability to legitimately threaten the United States with a nuclear attack is the only way to protect itself against any attempts at regime change.

But Defense Secretary James Mattis has long warned against letting the North Korean situation get to the point of a US military strike and has strongly and publicly advocated for a diplomatic solution led by the State Department.