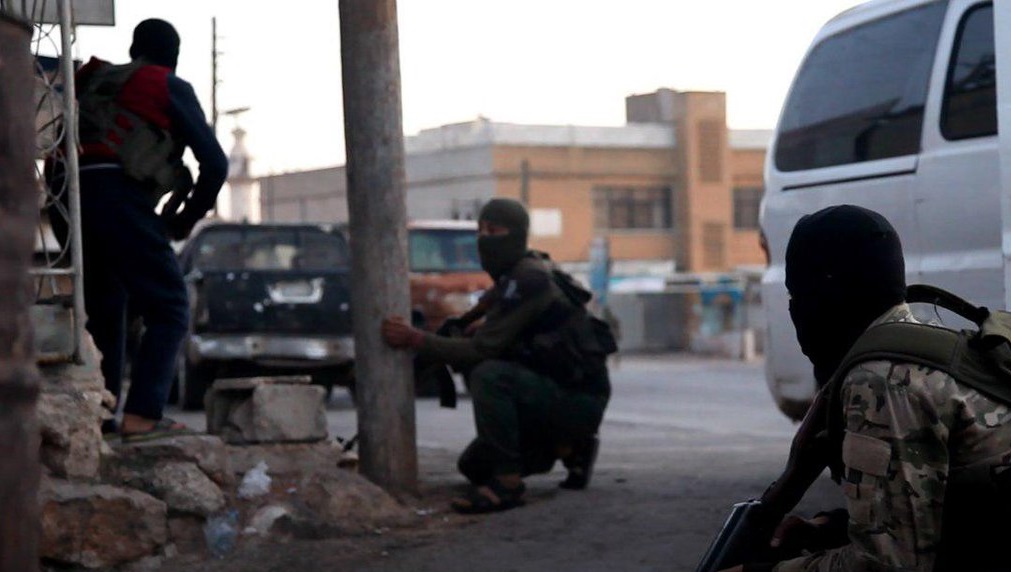 According to pro-government sources, the gunmen threw several hand grenades at the headquarters, known as Branch 107, in the district of al-Qusur in the city center.

“A fighter [of HTS] guarding the entrance [of the headquarters] was killed, a van was also burned, others, including commanders, were injured,” a post on a pro-government Facebook page reads.

The daring attack may have been orchestrated by operatives of the Syrian intelligence because pro-government sources were first to report the attack.

This was the second attack on HTS members in Idlib city this month. On April 19 an improvised explosive device (IED) ripped through a van of the terrorist group near the al-Abrar mosque, claiming the life of “Abu Abulrahman al-Hamui,” a security officer of the group.

HTS got many foes while it was working to strengthen its grup over Greater Idlib in the last few years. Now, the terrorist group’s grip on the region appears to loosen.