You are here: Home / SouthFront / Ukraine To Build Naval Base In Sea Of Azov For ‘Protection’ 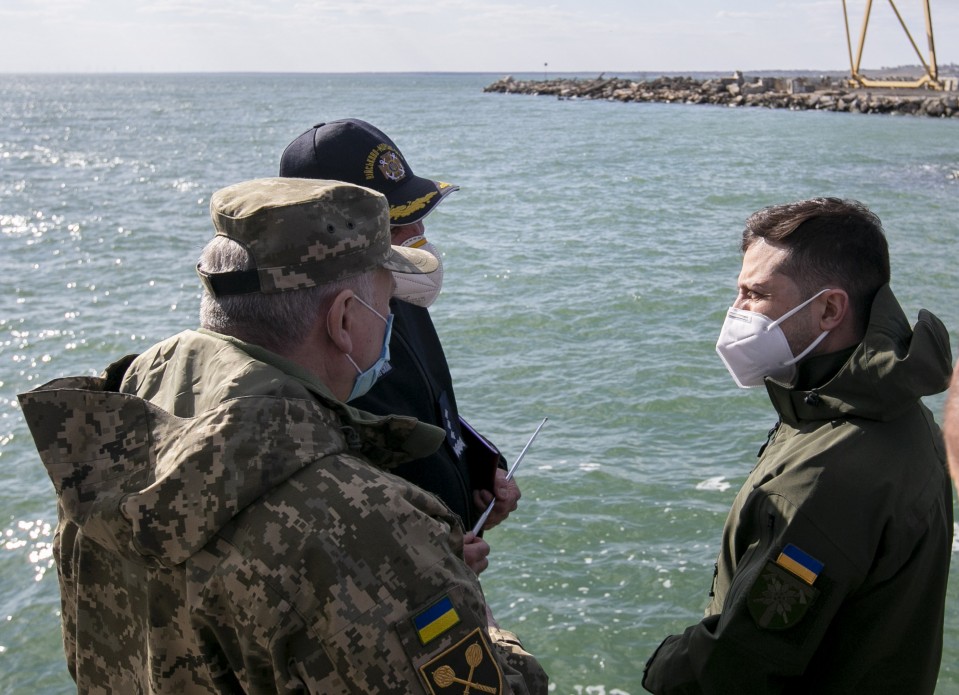 On April 11th, Ukrainian President Volodymyr Zelensky visited the site where the Ukrainian naval base in Berdyansk will be constructed.

The initial plan to build it was initiated by his predecessor Petro Poroshenko.

Zelensky shares the understanding that Ukraine needs a naval base to protect its commercial ships.

The President also examined the territory of the Berdyansk Sea Commercial Port. It is planned to create infrastructure facilities there for the “East” naval base of the Ukrainian Naval Forces, which is now located in Mykolaiv.

“It’s very important to have our ships here. We protect our ports, our trade this way. It is a direct aid to the economy,” Volodymyr Zelenskyy said.

The President was informed that all construction works are planned for 2020-2021.

The distance from it to the nearest point on the Russian coast, the village of Dolzhanskaya in the Krasnodar Territory, is only 67 km, and to Kerch – 150 km. 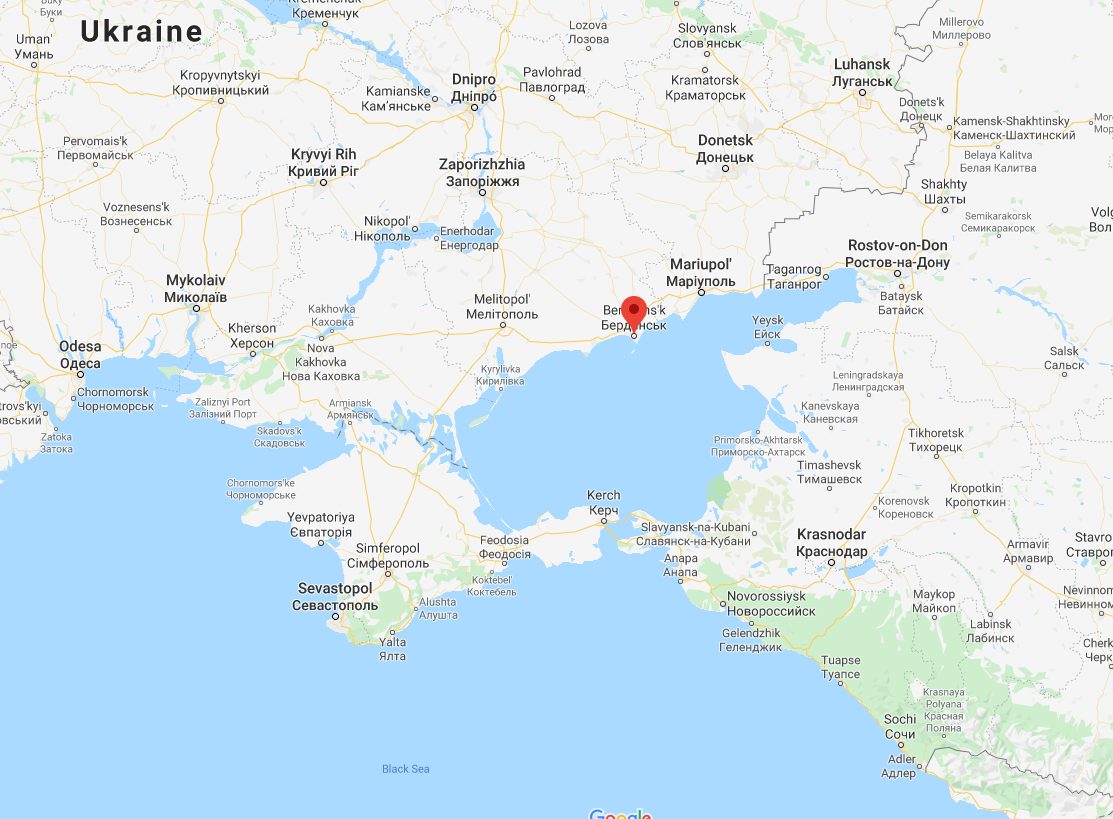 In 2020, part of the existing infrastructure of the Berdyansk Commercial Sea Port will be transferred to the naval forces, and next year new berths should appear in the port, they plan to repair part of the administrative buildings and build residential buildings for the personnel.

The port authorities agreed to the transfer of the port territory and to the re-equipment of the infrastructure.

“The main objective of the base should be to guarantee the safety of the city and the region. At the same time, the military base will not interfere with the work of the trading port and will not reduce its capacity,” the port administration said in a statement.

The cost of re-equipping the port for military needs is estimated at 553 million hryvnias ($20 million), and judging by President Zelensky’s statements made in Berdyansk, this money will be allocated in full.

The office of President Zelensky specified that the capacity of the Vostok base, which is currently deployed in Nikolaev, will be transferred to Berdyansk.

For the first time, fleet command announced the possibility of building a military base in Berdyansk back in 2017, under the previous president, Petro Poroshenko.

And in 2018, after reports of thorough checks by Russian border guards of all ships going to the Sea of ​​Azov, it was decided to relocate part of the Black Sea Fleet to the waters of the Sea of ​​Azov.

The Ukrainian ships that were detained by the Russian coast guard in November 2018 were sent from Odessa to Berdyansk.

This Ukrainian-caused incident led to a deterioration in Russian-Ukrainian relations, the imposition of martial law in several regions of Ukraine, and anti-Russian sanctions announced on March 15th, 2019 by the United States, the European Union and Canada.

For transition through the Kerch Straight, the editor-in-chief of the Ukrainian edition of BlackSeaNews Andriy Klimenko said the following:

“In March 2020, the average duration of artificial delay of vessels before passing the Kerch Strait from the Black Sea to the Sea of ​​Azov was 31 hours, and in the opposite direction – 34.7 hours.

And until July 2018, this figure was equal to the technological waiting time for the pilot and the caravan – about five to seven hours.

As for the detentions of merchant ships by Russians inside the Sea of ​​Azov, they have not been since October 22, 2018. In my opinion, the reason is that then merchant ships began to accompany Ukrainian military boats. This proves that the construction of a base in Berdyansk will also be an effective measure.

However, Russia can “asymmetrically respond” to the actions of Vladimir Zelensky. Therefore, in the near future, we expect more inspections.”

The plans are showing quite showing for the likely scenario in which Ukraine will continue on its path of organizing various provocations in the Black Sea, and in Eastern Ukraine and entirely blaming it on the opposing side, be it Russia or the Donetsk and Luhansk People’s Republics.