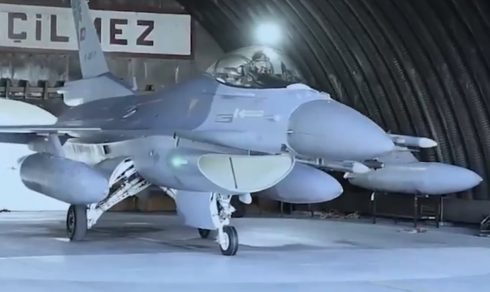 17 Turkish warplanes and 8 frigates took part in the “High Seas Exercises” off the Libyan coast, the Turkish Armed Forces announced.

“During the 8-hour mission extending nearly 1050 NM (2000 km) away from Turkish territorial waters, command and control procedures were practised, exercises that included in-flight refuelling, joint naval-air operations were conducted and the maritime and air picture was built and shared,” the defence ministry said.

In an effort to practice and improve the uninterrupted conduct of long-distance operational tasks directed by operations centers in Turkey, Turkish Naval and Air Forces conducted High Seas Exercises in the Mediterranean Sea.https://t.co/Z0gmpGOEBgpic.twitter.com/Jew0e5yosw

The Turkish drills took place as the Tripoli-based Government of National Accord and Syrian militant groups supported by Turkey are preparing to storm the Libyan port city of Sirte, which is in the hands of the Libyan National Army.