You are here: Home / SHTF Plan / This New Piece Of Legislation Could Demolish State Gun Control Laws Across The Country 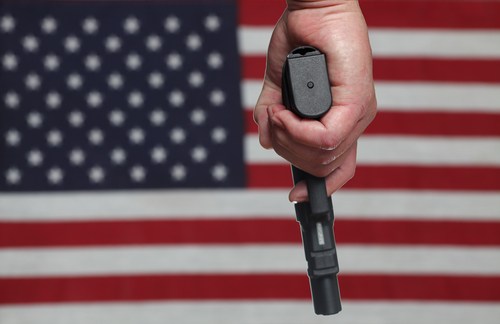 Over the past century there has been one undeniable trend working against gun rights. Put simply, as time goes on, it’s harder for a law abiding citizen to own and use a firearm, largely due to the proliferation of state and federal gun laws. A hundred years ago, one could own pretty much any firearm without restriction, and buy a firearm without even a background check (though of course one argue could that a few of these laws are a good idea). Now it’s a heavily regulated industry.

And sure, there have been some victories for the Second Amendment. A few decades ago there were only a handful of states where it was fairly easy to attain a concealed carry permit, and even many deeply conservative states didn’t issue these permits at all. Now that situation has completely reversed, and continues to improve. However, when you look at gun rights on a long enough timeline, it’s obvious that the Second Amendment has lost more than it has won, as state and federal laws have chipped away at our rights little by little.

Fortunately there is a new piece of legislation that could significantly roll back the worst of these laws on the state level, in particular the laws that were put in place under the Obama administration. The Second Amendment Guarantee Act, which was recently proposed by New York Congressman Chris Collins, could prove to be the most significant attack on gun control laws that we’ve seen in generations. According to a press release issued by Collins’ office:

“This legislation would protect the Second Amendment rights of New Yorkers that were unjustly taken away by Andrew Cuomo,” said Collins. “I am a staunch supporter of the Second Amendment and have fought against all efforts to condemn these rights. I stand with the law-abiding citizens of this state that have been outraged by the SAFE Act and voice my commitment to roll back these regulations.”

SAGA would provide an intimidating bulwark against gun control advocates in blue states. In a nutshell, it would prevent these states from passing restrictive laws that exceed the scope of federal gun laws.

In the Collins’ bill, States or local governments would not be able to regulate, prohibit, or require registration and licensing (that are any more restrictive under Federal law) for the sale, manufacturing, importation, transfer, possession, or marketing of a rifle or shotgun. Additionally, “rifle or shotgun” includes any part of the weapon including any detachable magazine or ammunition feeding devise and any type of pistol grip or stock design.

Under this legislation, any current or future laws enacted by a state or political subdivision that exceeds federal law for rifles and shotguns would be void. Should a state violate this law, and a plaintiff goes to court, the court will award the prevailing plaintiff a reasonable attorney’s fee in addition to any other damages.

For decades, gun owners living in certain states have had their rights slowly stripped away by legislative bodies that repeatedly passed laws which are in violation of the Second Amendment, and they’ve done so almost completely unopposed. It’s the perfect example of what the Founders hoped to prevent in our society. They feared that the rights of the minority could be taken away by the majority, which is exactly what gun owners in leftists states have had to contend with.

But if SAGA passes, state governments will no longer be able to bully gun owners with their onerous and unconstitutional laws. Gun owners will finally have the same right to bear arms in every state of the union.