You are here: Home / End Of The American Dream / This Is Exactly What Is Going To Happen If Police Departments Are “Disbanded” Or “Defunded” All Across America…
FacebookTwitterSubscribe 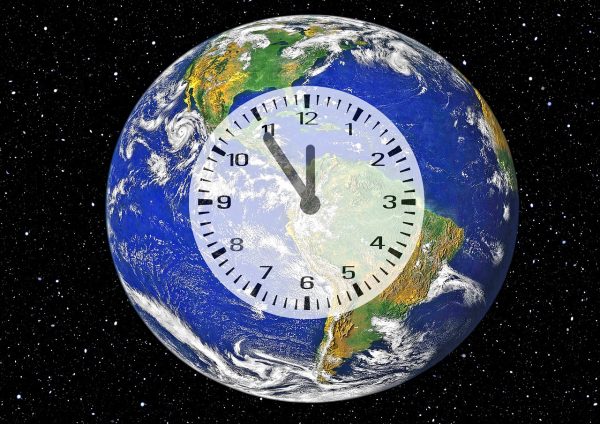 By now, you have probably heard that the Minneapolis City Council plans to completely disband the Minneapolis Police Department, and other major cities are considering significant cuts to the funding that their police departments receive. Needless to say, such moves will only make our streets even more unsafe, but a lot of people out there are so upset about police brutality that they are ready to support such drastic measures. In the aftermath of 9/11, police departments all over the country were heavily militarized, and thousands of troops returning from our wars overseas were hired as officers. This shift in policing culture caused enormous problems, and complaints about police brutality soared. But instead of reforming law enforcement, many have now decided that the best approach would be to get rid of the police altogether.

Those that advocate for such an approach seem to believe that most people are inherently good, and that if the police are removed from the equation that we could build a police-free utopia where we all learn to get along with one another just fine.

But there is just one huge problem.

People are not inherently good. That has been true all throughout human history, and it is most definitely true today.

Given the opportunity, there are a lot of people that will burn, loot, riot and harm others without even feeling bad about the pain that they are causing to others. By nature, humanity is deeply selfish, and it has not been easy to organize us into civilized societies. In order for a society to be governed by the rule of law, a relatively high level of morality is required, and for much of American history that has been the case.

But now we have raised a new generation of Americans in an environment where we have rejected the core values that once governed our society, and we are beginning to reap the consequences. If you doubt this, just look at what has happened to the city of Minneapolis. Large areas of the city have been utterly destroyed, and the Minneapolis City Council has decided that the way to fix things is to “end policing as we know it”…

A veto-proof majority of Minneapolis City Council members announced Sunday during a rally at Powderhorn that they are planning to disband the police department.

City Council members said they will invest in community-led safety initiatives instead of the police department.

“Our commitment is to end our city’s toxic relationship with the Minneapolis Police Department, to end policing as we know it, and to re-create systems of public safety that actually keep us safe,” Minneapolis City Council President Lisa Bender said at Sunday’s community meeting.

So without any police, who is going to stop criminals from raping, looting, stealing and killing?

If you are reading this, perhaps you are thinking that you will just gun them down if they show up at your home.

But what if the criminals greatly outnumber your family and they have even bigger guns than you do?

During the looting that just happened in southern California, a Los Angeles Times reporter asked a few of the looters why they were looting. In response, one of the looters truthfully admitted that “we’re doing it because we can”…

The young man flanked the shattered entry of a ransacked CVS in Santa Monica, where people had swept the shelves clean of everything from diapers to detergent. The man, who did not cover his face, admitted he was a looter. He did not apologize.

“We’ve got no other way of showing people how angry we are,” he said.

Out of the store ran another young man, this one holding a carton of eggs. He grabbed a friend and started scanning the street for targets: police cars. “We’re doing it because we can,” he said.

If heavily armed police officers had been stationed on every street corner, the looting would not have happened because there would not have been an opportunity to loot.

But given an opportunity to indulge the selfish human nature, these looters gleefully grabbed it.

Down in Houston, rioters were actually filmed attacking a children’s hospital. What an incredibly evil thing to do, and this is more evidence of how much our society has decayed.

If those young people had been raised in an environment of faith and morality, perhaps they would have turned out much differently. Unfortunately, we have been teaching our kids that good is evil and evil is good for decades, and so what is happening now shouldn’t be any sort of a surprise.

Taking the police off the streets will not solve anything. Instead, it will just give criminals a lot more opportunities to commit crimes.

Unfortunately, radicals are running many of our major cities now, and it looks like police budgets are about to be slashed all over the United States…

In New York City, lawmakers and policing reform advocates have called on Mayor Bill de Blasio to slash millions in police funding as the state budget faces what one official called “economic devastation not seen since the Great Depression.” In Los Angeles, four City Council members have introduced a proposal to reverse the mayor’s planned 7 percent police funding increase. In Durham, North Carolina, protestors gathered at a local theater this week for a “Defund the Police” protest. In Milwaukee, Wisconsin, the African American Roundtable—backed by more than 65 organizations—called on the city to divest $75 million from the police department and to reinvest $50 million into public health, with the rest going to housing cooperatives. In Philadelphia, where the mayor has proposed a $14 million increase in police funds, activists have been signing up in droves to testify virtually at a city budget hearing next week in protest.

If we want lots of civil unrest, rioting, looting, death, destruction and chaos, this is the right path.

In the end, the truth is that we need the police. Yes, police brutality is a major problem in this country and I have been writing about that for many years. Police culture in the U.S. must change, because that is the only way that public faith in the police will ever be restored.

But abandoning our communities to the criminals is not any sort of a solution at all. Instead, it will just unleash a torrent of evil on our streets.

As things stand, approximately four out of every five Americans already feel as though “things in the country are out of control”…

Four in five registered voters in a new poll feel “things in the country are out of control” as the death toll from the coronavirus pandemic approaches 110,000, unemployment remains at a level not seen since the Great Depression and protests continue across the U.S.

According to an NBC News/Wall Street Journal poll released Sunday, just 15% of voters think matters in the USA are under control and perceptions of the economy are at their worst since the end of President Barack Obama’s first term, when the country was still recovering from a recession.

More civil unrest, rioting and looting are coming, and it is going to be a very dark chapter in our history.

If the rioters come to your neighborhood, the first thing many of you will do will be to pick up the phone and call the police.

But if you live in one of the communities where the police will be disbanded, they soon won’t be on the other end of the phone to answer you.