You are here: Home / End Of The American Dream / They Are Telling Us That The 2nd Wave Of The Coronavirus Is Here, And The Stock Market Is Totally Freaking Out
FacebookTwitterSubscribe 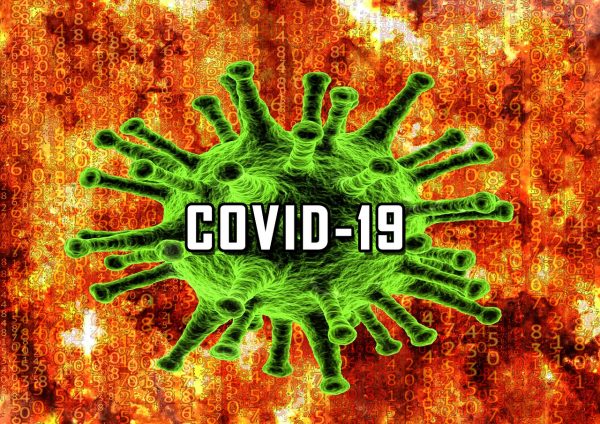 Are you ready for the next wave of COVID-19? Actually, the mainstream media is telling us that it is already here, and that has sparked another round of fear and panic on Wall Street. But the fact that the number of confirmed cases is rising again should not surprise anyone. As restrictions were lifted, it was inevitable that the virus would begin spreading more rapidly, and that is precisely what we have witnessed. During the 24 hour period that just ended, there were more than 136,000 new cases reported around the globe, and that is the highest one day total that I have seen so far. Here in the United States, there were 23,300 newly confirmed cases, and that represented an increase of over 2,000 from the previous 24 hour period. Concern that this could be the dreaded “second wave” that the mainstream media keeps talking about pushed stock prices dramatically lower on Thursday…

Stocks suffered their biggest one-day pull-back in three months on Thursday as traders grew concerned about the number of coronavirus cases increasing in some states that are reopening up from lockdowns. Shares that have surged recently on hopes for a smooth reopening of the economy led the declines.

Of course stock prices have risen so much over the past couple of months that a drop of that magnitude is not any sort of a major problem.

But stocks could drop even further as it becomes increasingly clear to investors that the U.S. economy is not going to be returning to “normal” any time soon.

In fact, if COVID-19 cases continue to spike that could motivate officials in some states to institute another wave of lockdowns.

Hopefully that will not happen, but things are starting to get a bit crazy out there.

Texas has become one of the new hotspots for the COVID-19 pandemic in the United States, and local hospitals are starting to fill up fast…

Texas reported a record-breaking number of new coronavirus cases in a single day one week after the state entered Phase III of its reopening plan.

The Department of State Health Services reported 2,504 new cases on Tuesday, surpassing the previous single-day record of 1,949 on May 31.

Texas has also reported three straight days of record hospitalizations, with 1,935 on Monday, 2,056 on Tuesday and 2,153 on Wednesday.

Things are particularly dire in Houston right now. One official says that the city is “on the precipice of disaster” and it is being reported that authorities “may reopen a COVID-19 hospital at a football stadium”…

As Houston vies for LA and Phoenix to succeed NYC as America’s biggest COVID-19 hot spot, the Houston Chronicle reports that health officials may reopen a COVID-19 hospital at a football stadium while officials weigh whether to reimpose a stay at home order. Such a move would undoubtedly rattle stocks, even after Thursday’s massive dive. One local official described the situation as placing the city “on the precipice of disaster.”

This wasn’t supposed to happen.

The worst was supposed to be behind us.

But it is happening.

Meanwhile, the virus is rapidly sweeping across Arizona, and more than 80 percent of all hospital beds are now occupied…

Arizona hospitals that are expected to be able to treat new cases of coronavirus without going into crisis mode were above 80% capacity, a milestone that should trigger an automatic stop to elective surgeries at affected hospitals as the state becomes a hotspot.

The report showing statewide bed capacity of 83%, released Wednesday by the Department of Health Services, comes as the state deals with a surge in virus cases and hospitalizations that experts say is likely tied to Gov. Doug Ducey’s ending of statewide closure orders in mid-May.

The good news is that doctors have become more proficient at treating coronavirus victims over time, but the bad news is that a lot of people are still dying.

In fact, one “Harvard expert” is warning that 100,000 more Americans could die from the virus “by September”…

One hundred thousand more Americans will die from coronavirus by September, doubling the country’s current death toll, a Harvard expert has predicted.

Dr. Ashish Jha, director of the Harvard Global Health Institute, estimates that the COVID-19 death toll will surpass 200,000 within the next three months.

Needless to say, many on the left are insisting that U.S. states “reopened too soon”, but the truth is that the virus continued to spread even when virtually everything was locked down.

And after seeing the immense economic devastation that was caused, many Americans would be extremely resistant to another round of lockdowns. More than 44 million Americans have filed claims for unemployment benefits during this pandemic, and U.S. Treasury Secretary Steven Mnuchin insists that we can’t risk causing even more economic damage…

Treasury Secretary Steven Mnuchin said the US economy wouldn’t be shut down again despite the rising case count.

But ultimately it is up to individual state governors to determine whether there will be more lockdowns or not.

And it isn’t just the U.S. that is experiencing a surge of new cases. All over the globe, we are seeing very alarming outbreaks right now…

It’s not just the USA. Globally, more than 7.4 million cases have been reported, and there have been more than 418,000 deaths. India reported a spike: nearly 10,000 new cases Thursday. South Korea, the world’s success story for its triumphant effort to flatten the curves for new cases and deaths, is seeing a worrisome infection boom.

The Institute for Health Metrics and Evaluation said Thursday that it anticipates global deaths “into the millions” by October.

Over the past week, we have seen huge numbers of cases being reported in Brazil, Russia, India, Pakistan, Chile, Peru and Mexico.

Just when authorities seem to have things somewhat under control in one part of the world, the virus comes back even stronger somewhere else.

In the end, this pandemic is never going to be over until most of the global population is exposed to COVID-19, and that is going to take an extended period of time.

Meanwhile, the entire global economy will continue to deteriorate, and that is really bad news for all of us.