You are here: Home / SHTF Plan / There is NO Empirical Evidence for These Lockdowns

This article was originally published by Wilfred Reilly at The Ron Paul Institute for Peace and Prosperity. 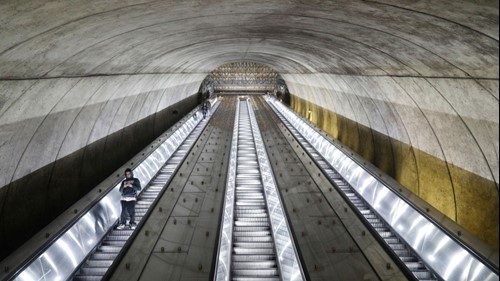 Several weeks ago, one of the USA’s better quantitative scientists, John Ioannidis of Stanford, made a critically important point. During the coronavirus pandemic, ‘we are making decisions without reliable data’, he said.

As Ioannidis and others have pointed out, we do not even know the actual death rate for COVID-19. Terrifying and widely cited case-fatality rates like ‘three percent’ come from comparing known fatalities to the small pool of people who have officially been tested. Those test cases are mostly made up of sick and symptomatic people or those who had direct contact with someone known to have had Covid-19 – rather than to the far larger pool of people who may have had a mild version of the disease. Because of the same denominator problem, we also don’t know the true infection rate. A recent German study indicates this could be as high as 15 percent.

Finally, we do not seem to know the effectiveness of the various strategies adopted by national and regional governments to respond to the disease – ranging from the advocacy of social distancing to full-on lockdowns.

This piece tackles that question. As a professional political scientist, I have analyzed data from the Worldometers Coronavirus project, along with information about the population, population density, median income, median age and diversity of each US state, to determine whether states that have adopted lockdowns or ‘shelter in place’ orders experience fewer COVID-19 cases and deaths than those which pursue a social-distancing strategy without a formal lockdown. I then briefly extend this analysis to compare countries. In short, I do not find that lockdowns are a more effective way of handling coronavirus than well-done social-distancing measures.

The most basic way to test this thesis is by direct comparison. As of 6 April, seven US states had not adopted shelter-in-place orders, instead imposing social-distancing restrictions such as banning large gatherings and mandating six-foot spacing gaps and maximum customer limits inside all retail stores. Those seven states are Arkansas, Iowa, Nebraska, North Dakota, South Dakota, Utah, and Wyoming. These states reported 1,620, 2,141, 952, 343, 1,311, 2,542 and 288 cases of COVID-19 respectively as of 3:40pm EST on 16 April – for an average of 1,321 cases. The states reported 37, 60, 21, 9, 7, 20, and 2 deaths respectively, for an average of 22.3 deaths. Throwing in South Carolina, which did not adopt a shelter-in-place order until 6 April, and still allows most religious services, does not dramatically alter these figures – these states averaged 1,613 cases and 33 deaths.

How do these states measure up to the rest of the US? Rather well. According to Worldometers, by the same time the number of officially tested COVID-19 cases across the US states – including Guam, Puerto Rico, and Washington, DC – ranged from 226,343 in New York to 135 in Guam. The average number of COVID cases in a US state was 12,520. The state-by-state number of deaths varied from 16,251 (New York) to two (Wyoming), with the average figure for deaths being 642. Removing the outlier case of New York state, where roughly half of all US COVID-19 deaths have taken place, shifted these figures downward somewhat – to 8,408 cases and 342 deaths in the average state. However, the social-distancing states experienced substantially fewer cases and deaths than the lockdown states, even with New York out of the mix.

An advocate of lockdowns could object that the social-distancing states are little places, located in America’s ‘flyover land’. While this charge might be based as much on the bias as reality – Utah, Nebraska and South Carolina are sizable places – the next step of my analysis was to adjust for population, using a standard deaths-per-million metric. In alphabetical order, the seven social-distancing states experienced 12, 19, 11, 12, 8, 7, and three deaths per million – for an average of 10 deaths per million when you exclude South Carolina and 12 with South Carolina included.

Again, these numbers compare very favorably to the US as a whole, despite adjusting for population. Across all US states, the number of deaths per million varied from 828 (New York) to three (Wyoming), for an average of 69. With New York removed from the mix, the hardest-hit remaining state was New Jersey, with 8,480 cases and 396 deaths. The average number of cases-per-million across the states minus New York was 1,392 and the average number of deaths-per-million was 54. Comparing the social-distancing states plus South Carolina to US states minus New York, the social-distancing states experienced 663 fewer cases per million and 42 fewer deaths per million on average than the lockdown states.

Next, I ran a regression model. For those unfamiliar with academic statistical methods, regression – in this case, linear regression – is a computerized mathematical technique that allows researchers to measure the influence of one variable on another with all of the other factors that might be relevant held constant. In this case, the variables for each state included in my model were: population, population density, median income, median age, diversity (measured as the percentage of minorities in a population), and the state’s COVID-19 response strategy (0 = lockdown, 1 = social distancing). The data set used to construct this model is available for anyone to request it.

The question the model set out to ask was whether lockdown states experience fewer COVID-19 cases and deaths than social-distancing states, adjusted for all of the above variables. The answer? No. The impact of state-response strategy on both my cases and death measures was utterly insignificant. The ‘p-value’ for the variable representing strategy was 0.94 when it was regressed against the deaths metric, which means there is a 94 percent chance that any relationship between the different measures and COVID-19 deaths was the result of pure random chance.