You are here: Home / SHTF Plan / The Warren Buffett Of Gold Is Now Betting On Oil: “Enormous Profit Potential”

This report from OilPrice.com is a paid advertorial 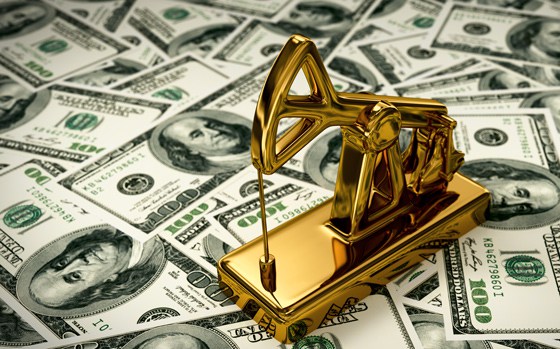 The Latin American energy sector is at its most lucrative turning point ever.

In Argentina, while all the supermajors are tied up in the Vaca Muerta shale, massive heavy oil opportunities are up for grabs.

In Colombia, demand for gas is dangerously outpacing supply, and the country’s largest gas field is declining rapidly. They need 65MMscf to come online every year just to keep pace. And gas in Colombia fetches attractively higher prices than the well-known Henry Hub.

One oil story in particular has an enormous profit potential, led by some of the smartest energy investors out there–a team that is renowned for being in the right place at the right time.

This company has massive early mover advantage in Argentina’s heavy oil, and it’s got Colombia cornered as well, with drill-ready natural gas developments.

This team has already created a line-up of billion-dollar-plus companies — and now they’re spearheading another huge opportunity.

This team of geological experts is backed by legendary mining money that has so far turned almost every project it has touched into gold.

Now this dream team (see below) is preparing to do it again with PentaNova Energy Corp. (TSX:PNO.V; OTC:PENYF) where they’re leveraging their high-value-creation track record in Latin America, in some of the richest oil and gas fields with proven reserves.

This is a billionaire-backed management plan, and the key people behind it are the same ones who took Pacific Rubiales from rags to riches in just a few years.

One is a famous Canadian mining maverick who requires no introduction—the legendary Frank Giustra, who has made his billions thinking big when others have been thinking small. He is the master of impeccable timing.

The other is the mastermind of an oil resource that went from 9,000 barrels per day to over 300,000 bpd in just three years.

Their modus operandi is simple: Identify grossly undervalued oil and gas plays in proven grounds and then create shareholder value through an acquire/optimize/exploit model.

And they don’t do anything small. They build big plays from small beginnings but with enormous growth runways. So investors should pay careful attention….

Here’s why you should keep an eye on PentaNova(TSX:PNO.V; OTC:PENYF)

Let’s start with the people behind PentaNova first, because this is an incredible management play.

Giustra and Serafino Iacono made a fortune in Colombia once—and now, they’re planning on doing it again. But this time they’re widening their net to include some phenomenal heavy oil assets in Argentina as well.

Giustra has already created tens of billions in shareholder value:

Iacono was one of the first to take advantage of Colombia’s resource sector and he’s been around the block here—very successfully. He is even said to have had the country’s line-up of presidents on speed dial. As the CEO of PentaNova, he’s got the financial backing of Giustra—which almost guarantees that capital will follow the company around.

Giustra and Iacono also own Blue Pacific, which is building ports in Cartagena and Barranquilla, and owns power plants, farms, mines and a myriad of infrastructure assets across Colombia.

As a journalist who interviewed Iacono recently noted after talking with the legend: “One of my biggest takeaways from Colombia is that if you want to be a real resource developer – and not just a promoter of moose pasture—you need the vision and the guts to chase the impossible. But more than anything, you need the right people around you.”

Giustra doesn’t put his money into anything short of a dream team, and PentaNova’s got it—even beyond Iacono:

What really matters in this business is an excellent first-hand grasp of the nature of the business plus healthy interpersonal relations with key figures–and this team has it in spades.

#2 Back to the Scene of Success: Massive Opportunities in Colombia

PentaNova (TSX:PNO.V; OTC:PENYF) has already enjoyed good drilling returns in the Pacific Reserves where its management team has established an enviable growth track-record. 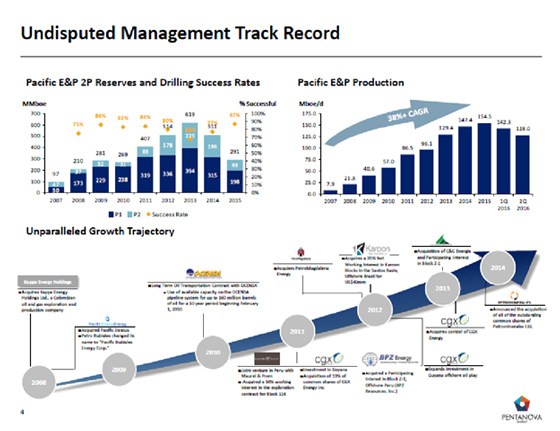 And now the company has shifted its attention to the oil- and gas-rich fields of Colombia, just next to the prolific Chuchupa Block, which accounts for 40 percent of the country’s entire gas output. 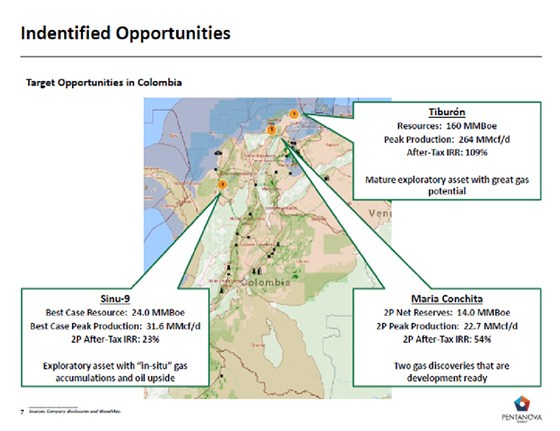 They have several prized gems in their crosshairs…to acquire, develop, exploit and unlock their full potential.

The company has already secured three acquisition opportunities in Colombia:

Maria Conchita will require an estimated $70 million in capex to develop the field at a high working interest rate of 80 percent, meaning potentially high ongoing returns on investment.

But Colombia is just one of PentaNova’s plays…again, this dream team doesn’t do anything small. PentaNova has established a footprint in Argentina, and the heavy oil it’s gunning for is even more spectacular than its Colombia assets.

The team behind PentaNova (TSX:PNO.V; OTC:PENYF) has been among the lucky few to obtain permits to produce in the famous Argentine ‘Pipeline Block’.

This region went from zero to 30,000 barrels of oil per day in five years—and there’s no better place to be right now. That’s half a billion dollars… possibly the fastest ramp up in history… and it’s just getting started.

And is located conveniently close to the Argentine Pipeline. 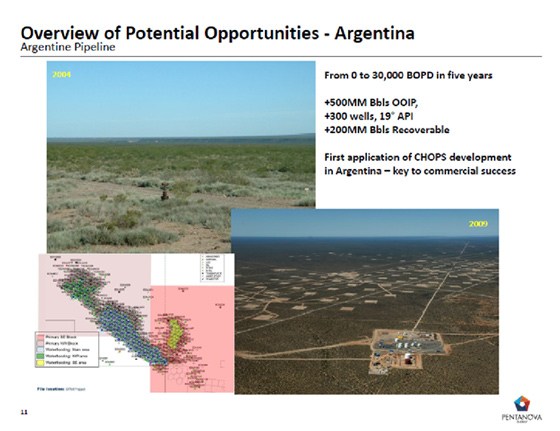 The company has targeted 3 blocks for acquisition in the region.

PentaNova has picked the right time to invest in these massive resources since oil and gas sales in the country are quickly moving to world pricing.

In sum, the three Colombian oil and gas fields hold a total of 303.8 MMBoe, with a Net Present Value of $1.6 billion and a healthy combined IRR of 32 percent.

The near-term financial outlook looks great, with operations in the three fields expected to be free cash flow positive as early as 2020. 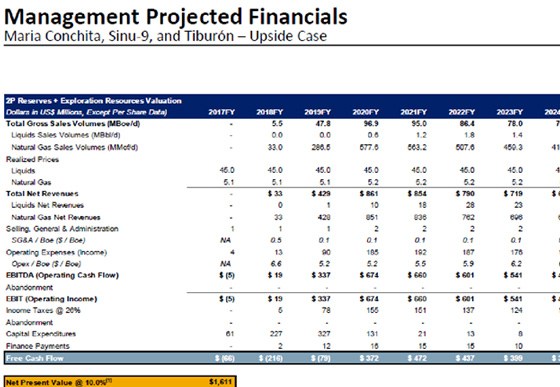 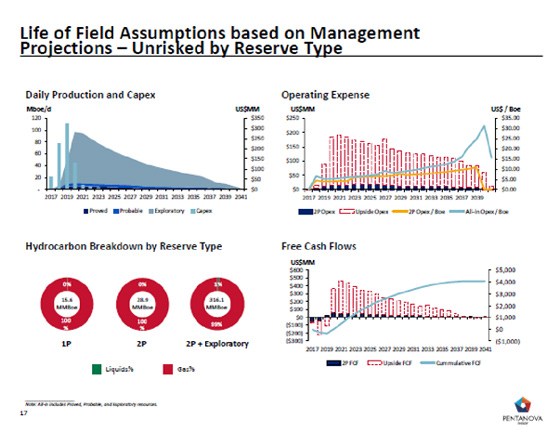 Meanwhile, the three Argentinian assets hold about 515 MMBoe in Estimated Exploratory Gross Resources worth about $8.78 billion at current prices and another 5 million bbls worth another $229 million.

The company has only issued shares worth $155 million in the secondary market… so there’s room for over 5,000 percent growth.

With such a dramatic production potential, it isn’t unreasonable to expect the company’s shares to make strong gains in the coming months and years.

Investors will want to get in position now.

That’s because PentaNova entered into a mutual agreement with PMI Resources Limited (TSXV:PMI) in January 2017 for a reverse takeover (RTO).

The transaction involves PMI acquiring all of PentaNova’s outstanding shares in exchange for PMI common shares. The RTO was approved at the end of March, and PentaNova’s ticker was changed to PL.

The new acquisitions in Argentina, which will bring a very fundamental, material change to the size, scale and scope of the company.

The company expects to come off the halt sometime towards the end of July 2017.

Given the scale of asset acquisitions by the company and the relatively low valuation of its shares, investors who buy now and hold the shares for the long-haul could end up realizing very attractive returns in the years to come.

Legal Disclaimer/Disclosure: This piece is an advertorial and has been paid for. This document is not and should not be construed as an offer to sell or the solicitation of an offer to purchase or subscribe for any investment. No information in this Report should be construed as individualized investment advice. A licensed financial advisor should be consulted prior to making any investment decision. We make no guarantee, representation or warranty and accept no responsibility or liability as to its accuracy or completeness. Expressions of opinion are those of Oilprice.com only and are subject to change without notice. Oilprice.com assumes no warranty, liability or guarantee for the current relevance, correctness or completeness of any information provided within this Report and will not be held liable for the consequence of reliance upon any opinion or statement contained herein or any omission. Furthermore, we assume no liability for any direct or indirect loss or damage or, in particular, for lost profit, which you may incur as a result of the use and existence of the information, provided within this Report. All content contained herein is subject to the terms and conditions set forth in the original article posted on Oilprice.com and subject to the terms and conditions therein.