You are here: Home / The Economic Collapse Blog / The U.S. Is Caught In An Economic Death Spiral, And One Group Is Being Hit Particularly Hard…
ShareTweetSubscribe 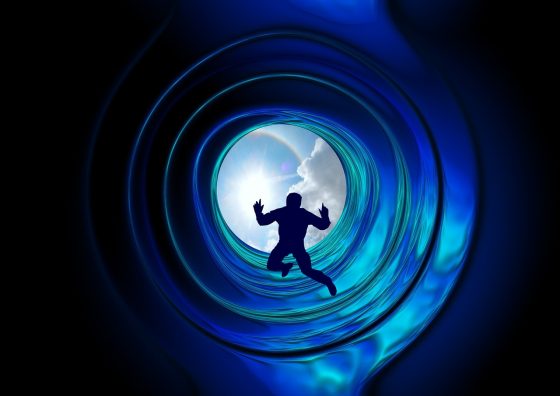 Many have been warning for years that our economic bubble would eventually burst and that a collapse was inevitably coming, but the ferocity of this new economic crisis has caught just about everyone off guard. And even though some states have been attempting to “reopen” their economies in recent days, the job loss tsunami just continues to roll on. Prior to this year, the all-time record for the most new unemployment claims in a single week was 695,000. That record was set all the way back in 1982, and it had survived all the way until 2020. But now we have been absolutely dwarfing that number week after week. On Thursday, we learned that another 2.9 million Americans filed initial claims for unemployment benefits last week, and that brings the grand total for this pandemic to more than 36 million…

New filings for unemployment claims totaled just shy of 3 million for the most recent reporting period, a number that while still high declined for the sixth straight week, according to Labor Department figures Thursday.

The total 2.981 million new claims for unemployment insurance filed last week brought the coronavirus crisis total to nearly 36.5 million, by far the biggest loss in U.S. history. The count announced last week count was revised up by 7,000 to 3.176 million, putting the weekly decline at 195,000 between the two most recent reports.

To put that in perspective, at the lowest point of the Great Depression only 15 million Americans were unemployed.

Of course our population is quite a bit larger today, and so it isn’t a straightforward comparison.

But what everyone can agree on is the fact that we have never seen a two month spike in unemployment like this in all of U.S. history.

And according to the Federal Reserve, low income workers are getting hit harder than anyone else…

On one hand, lower-income people are getting slammed. Nearly 40% of those with a household income below $40,000 reported a job loss in March, according to the Economic Well-Being of US Households report.

Sadly, this is what seems to happen every time that there is an economic downturn.

The powerless people on the bottom of the food chain get hurt the most, but the fat cats with political influence are able to get the big bailouts.

Millions of newly unemployed low income workers used to be employed by the restaurant industry, but that industry has been absolutely decimated by this crisis…

The National Restaurant Association says some $30 billion was lost by its members in March, and $50 billion in April.

In the last week alone, several restaurants have announced that they won’t re-open, including the buffet chain Souplantation and Sweet Tomatoes, Jen’s Grill in Chicago and Ristorant Franchino, which has been serving patrons in the San Francisco area for over 32 years.

Of course most restaurant closings will never even make the news because they are small independent operations without corporate backing.

In the days ahead, we are going to see a “restaurant apocalypse” like we have never seen before in American history. If you can believe it, one industry expert just told Bloomberg that about one-fourth of all U.S. restaurants will be closing down permanently…

Your favorite restaurant, now closed or only accepting take out orders due to the coronavirus, may never reopen, according to a top exec with reservation service OpenTable.

Steve Hafner, CEO of Booking Holdings’ OpenTable and travel site Kayak, told Bloomberg that one out of every four restaurants won’t come back.

This is truly a great tragedy, and it is going to be so depressing to see so many buildings sitting empty in communities all across the nation.

And things will be much, much different for the restaurants that are able to stay open. For example, just check out the changes that are happening at McDonald’s…

When McDonald’s restaurants reopen their dining rooms, customers should expect stickers on the floor encouraging social distancing and the closure of self-serve beverage bars. Workers wearing masks might check in with a thumbs up, or kindly ask you to move away from others.

If that is what a trip to McDonald’s is going to be like, I don’t think that I will be visiting one for a long time to come.

What we really need is for the country to try to return to normal, but in some of the more liberal areas of the U.S. that is not going to happen for the foreseeable future.

So the U.S. economy will continue to be caught in this death spiral, and Fed Chair Jay Powell is warning that we could soon see a “wave of bankruptcies” from coast to coast…

Federal Reserve Chief Jay Powell warned Wednesday of a potential “wave of bankruptcies” that could cause lasting harm to the world’s largest economy, and said more fiscal support may be needed to prevent the devastation, despite the massive cost.

Powell, who has launched a host of key programs to support credit markets and provide funds directly to companies, said there are limits to how far the Fed can go.

In particular, keep a close eye on the commercial real estate industry.

In order to service their loans, owners of commercial property need to successfully collect rent from their tenants, and right now many of those tenants are not able to pay.

For example, just look at the numbers that one New York City commercial landlord is reporting…

A major New York City commercial landlord collected just 73 percent of its April office rent from tenants, with an increasing number defaulting on payments amid growing uncertainty over whether corporate buildings will become a thing of the past.

Unless there is some sort of a bailout, we are going to see commercial real estate carnage on a scale that is far greater than anything we have ever seen before.

Of course just about every industry needs a bailout at this point, and not everyone is going to get one.

Fear of COVID-19 did not create the conditions for this new economic crisis, but it did finally burst the debt-fueled economic bubble that was keeping conditions relatively stable the past few years.

Now that our economy has begun to spiral out of control, nobody is going to be able to put the pieces back together again, and the truth is that this is just the very beginning of our problems.

So many of the things that I have been warning about are starting to happen, and without a doubt our economy will continue to fall apart in the months ahead, but that does not mean that your life is over.

Yes, the days ahead will be exceedingly challenging, but heroes are born when things are at their darkest.

God has a plan for you, and I encourage you to be open to that no matter how radical that plan may turn out to be.