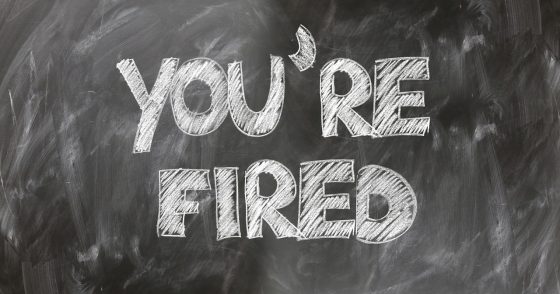 Yes, you read that headline correctly. The economic downturn of 2008 and 2009 is often referred to as “the Great Recession” because the U.S. had not experienced economic pain of that magnitude since the Great Depression of the 1930s. Millions of Americans lost their jobs, mortgage defaults soared and Wall Street was shaken to the core. But as bad as things were during the last recession, things are even worse now. To say that what we are witnessing is “unprecedented” doesn’t do it justice, because what is happening to the U.S. economy in 2020 is truly, truly horrifying, and many believe that what we have experienced so far is just the beginning.

ADP has been tracking private payrolls in the United States for many, many years, and each month their payroll report is watched very carefully by economists.

Prior to this year, the worst month in the history of the ADP report was in February 2009 when 834,665 jobs were shed from U.S. private payrolls. Needless to say, that old record just got completely shattered…

Private payrolls hemorrhaged more than 20 million jobs in April as companies sliced workers amid a coronavirus-induced shutdown that took most of the U.S. economy offline, according to a report Wednesday from ADP.

In all, the decline totaled 20,236,000 — easily the worst loss in the survey’s history going back to 2002 but not as bad as the 22 million that economists surveyed by Dow Jones had been expecting. The previous record was 834,665 in February 2009 amid the financial crisis and accompanying Great Recession.

So what this means is that the number of private payroll jobs lost in the United States last month was more than 24 times greater than the previous all-time record.

In fact, the number of private payroll jobs lost last month was more than double the total number of jobs lost during the last recession…

“Job losses of this scale are unprecedented,” said Ahu Yildirmaz, co-head of the ADP Research Institute, which compiles the report in conjunction with Moody’s Analytics. “The total number of job losses for the month of April alone was more than double the total jobs lost during the Great Recession.”

We have never seen an unemployment spike like this ever before, and we may never see a spike quite like it ever again.

Of course there are some people out there that have been quick to remind me that many of these job losses are “temporary” and that millions of Americans will soon be going back to work.

Yes, as states begin to end their lockdowns the U.S. economy will regain millions of the jobs that have been lost.

But there are also millions of jobs that we aren’t ever going to get back. The following comes from a Bloomberg article entitled “Layoffs Start Turning From Temporary to Permanent Across America”…

Plenty of layoffs that just a month ago were labeled “temporary” are now tagged “indefinite” or “permanent.” Alongside announcements of sweeping staff cuts by major employers such as Boeing Co. and U.S. Steel Corp. and the accelerating pace of downsizing in brick-and-mortar retailing, such notices are a sign that even as businesses continue to hope for a speedy recovery, they are starting to plan for a slow one.

I personally know quite a few people that have permanently lost their jobs, and you probably do too.

This week, we learned that Lord & Taylor plans to start the process of liquidating, and all of their employees will soon be out on the street on a permanent basis…

Venerable U.S. retailer Lord & Taylor plans to liquidate inventory in its 38 department stores once restrictions to curb the spread of coronavirus are lifted as it braces for a bankruptcy process from which it does not expect to emerge, people familiar with the matter said on Tuesday.

Lord & Taylor’s preparations to liquidate its inventory as soon as its stores reopen offer a window into the grim future of a high-profile retailer – a storied department store chain founded in 1826 and billed as the oldest in the United States – that does not expect to survive the pandemic’s economic fallout.

But much, much, much more importantly, we are about to see a wave of small business failures in the United States that will absolutely dwarf anything that we have ever seen before in our history.

Governors all across America can end the lockdowns, but they can’t order people to go out and spend money. For many months to come, fear of COVID-19 is going to prevent millions of consumers from resuming their normal economic patterns, and so small businesses all over the country will be facing greatly reduced revenues for the foreseeable future.

Needless to say, many of them aren’t going to make it and those that fail are going to have to let all of their workers go. In an article that I just posted, I discussed a stunning new survey that discovered that 52 percent of all small business owners in the United States “expect to be out of business within six months”.

We are talking about millions of businesses that may soon be saying goodbye to all of their employees for good.

Giant corporations have the resources to make it through an extended downturn, but most small businesses do not. It is hard enough to try to run a profitable small business even when conditions are ideal, but now this pandemic has made that task nearly impossible in many cases.

So yes, the U.S. economy will recover some of the jobs that were lost during the lockdowns, but we will also continue to bleed more jobs in the months ahead.

I know that a lot of my readers are quite eager for a return to “normal”, but we have to realize that the “old normal” is gone.

Instead, a “new normal” is starting to emerge, and on Tuesday California Governor Gavin Newsom warned that we won’t fully get there “until we get to immunity and a vaccine”…

California Gov. Gavin Newsom said as many counties around the state prepare to reopen retail for curbside pickup Friday, maintaining physical-distancing measures will be crucial to reduce the risk of coronavirus spread.

“We’re not going back to normal,” said Newsom, who gave Tuesday’s press briefing from the site of a Sacramento business called Display California. “It’s a new normal with adaptations and modifications, until we get to immunity and a vaccine.”

Unfortunately, it is exceedingly unlikely that we will reach “herd immunity” in the United States before 2021, and the quest for a “vaccine” is not going to be easy.

If you doubt this, just do some research and find out how many other successful coronavirus vaccines there have been in our history.

When they tell you that an easy solution is right around the corner, they aren’t being honest with you.

Meanwhile, the U.S. economy is literally imploding all around us, and this is just the start of our troubles.

The good news is that COVID-19 is not as deadly as many were originally projecting. Instead of millions dead, the final death toll in the U.S. will probably only be in the hundreds of thousands.

As this pandemic eventually begins to subside, use it as an opportunity to get prepared for what is coming next, because COVID-19 is definitely not the worst thing we are going to face.