You are here: Home / The Economic Collapse Blog / The Economic Numbers That Are Coming Are “Going To Be The Worst In The Post-World War II Era”
ShareTweetSubscribe 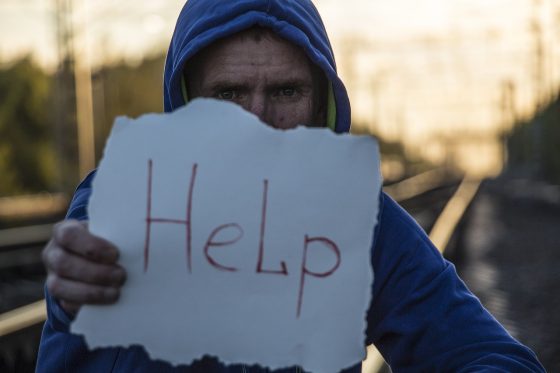 We just witnessed the largest quarterly GDP decline since the last financial crisis, and experts are warning that the figure for the second quarter will be far, far worse. In fact, as you will see below, one expert is telling us to brace ourselves for the worst economic numbers “in the post-World War II era”. On an annualized basis, U.S. GDP fell by 4.8 percent during the first quarter, and that was a bit worse than most economists were projecting. And economists were also surprised that consumer spending was down 7.6 percent and business investment was down 8.6 percent during January, February and March. Under normal circumstances, those would be absolutely horrible numbers, but these are not normal circumstances. Yes, January and February were relatively normal, but the coronavirus shutdowns began in March and that is why these numbers are so dismal.

Unfortunately, it looks like the economic numbers for the second quarter are going to be much more depressing. One economist that was interviewed by the New York Times believes that they will actually be the worst that our nation has seen since the end of the Second World War…

And at this point even the Trump administration is publicly admitting that the economic numbers are going to start getting really, really bad. On Monday, Kevin Hassett actually told CNBC that U.S. GDP could fall by up to 30 percent on an annualized basis during the second quarter…

On Monday morning, the White House economic adviser Kevin Hassett warned the second quarter could reflect a 20 to 30 percent decline – something that has not been seen since the 1930s Great Depression.

‘You’re looking at something like minus 20 percent to minus 30 percent in the second quarter. It’s a very grave shock and it’s something we need to take seriously,’ he told CNBC.

But we don’t have to wait until three months from now for numbers that are truly horrific.

On Wednesday, we learned that U.S. home sales in March were down by double digits in every region on the country…

Signed contracts to purchase existing homes, referred to as pending home sales, fell 20.8% compared with February and were 16.3% lower annually, according to the National Association of Realtors.

Some states are attempting to gradually “reopen” their economies, and that is good news.

But the bad news is that officials are telling us that all of the restrictions in big states such as California and New York will not be lifted until many months from now, and that is going to greatly depress economic activity for the foreseeable future.

With economic activity so low, companies all over America are laying off workers at a staggering rate. More than 26 million Americans have lost their jobs so far, and the layoffs just keep on rolling. For example, we just learned that Uber is planning to let thousands of employees go…

Executives at Uber are discussing plans to cut around 20% of the company’s employees, as it copes with a sharp decline in its ride-hailing business due to the coronavirus pandemic, reportsThe Information.

Layoffs of that magnitude, which haven’t been finalized but could be announced in stages in the coming weeks, could result in more than 5,400 of Uber’s 27,000 employees losing their jobs.

Of course it isn’t just the United States that is facing an unprecedented unemployment crisis.

According to the International Labour Organization, close to half of all the workers in the world “are in immediate danger of losing their livelihoods”…

Some 1.6 billion workers in the informal economy, representing nearly half of the global labour force, are in immediate danger of losing their livelihoods due to the coronavirus pandemic, the International Labour Organization (ILO) said on Wednesday.

The U.N. agency’s latest report sharply raised its forecast for the devastating impact on jobs and incomes of the COVID-19 disease, which has infected more than 3.1 million people globally, killed nearly 220,000 and shut down economies.

This is one of the biggest reasons why lockdowns all over the globe need to be ended as quickly as possible. If people are not allowed to make a living, they aren’t going to have anything to feed their families.

Even in the United States, we have already seen an explosion of need that is absolutely shocking. All over the country, people have been lining up for miles to get whatever food that local food banks are able to give them, and we witnessed more examples of this growing phenomenon on Tuesday…

Over in Prospect, vehicles were seen snaking through the Big Butler Fairgrounds. It comes as millions of people across America lose their jobs amid the coronavirus pandemic and households have been thrown into turmoil.

If things are this bad already, what is this nation going to look like as we get even deeper into “the perfect storm”?

In recent days I have been writing quite a bit about the coming “meat shortage” that the mainstream media has been warning about, and now we are being told that a serious shortage of boneless chicken is already upon us…

Food retailers across North America are swapping boneless chicken legs for less popular thighs and drumsticks as a wave of shutdowns at meatpacking plants has reduced supplies of sought-after cuts.

As I discussed yesterday, President Trump has decided to order meat processing facilities that were closed down because of COVID-19 to reopen, and many are hoping that this move will put a quick end to the shortages.

Meat-processing plant workers are concerned about President Donald Trump’s executive order that compels plants to remain open during the coronavirus pandemic. Meat plant employees are among America’s most vulnerable workers, and some say they expect staff will refuse to come to work.

“All I know is, this is crazy to me, because I can’t see all these people going back into work,” said Donald, who works at Tyson’s Waterloo, Iowa, facility. “I don’t think people are going to go back in there.”

If fear of COVID-19 keeps a substantial percentage of workers from returning to their jobs, that could cause the emerging meat shortages to get even worse in the weeks ahead.

Of course fear of the coronavirus is paralyzing many sectors of our economy right now, and that is not going to end any time soon.

So we should expect really dismal economic numbers for the foreseeable future, and it appears exceedingly unlikely that there will be any sort of a turnaround before the election in November.

America’s next economic depression has begun, and it is going to be really, really painful.