You are here: Home / SHTF Plan / The Collapse Of The United States Is Going To Be Messy 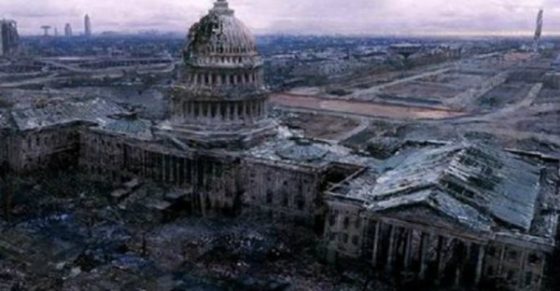 The United States, and several other countries, are on the verge of an epic collapse. Not just a collapse of the central banking system, but the control system that’s been in place for over a century. Most people on this planet don’t even realize what true freedom is thanks to the indoctrination and mental prison they’ve been put in.

If you haven’t noticed, the cities of the U.S. are burning and people are angry. Many are finally realizing the prison they’ve been put in their entire lives has all been fabricated by the handful of “elitists” and those in the ruling class, so they can be used as tax cattle and fodder in the bloody wars concocted by the .01%. It sure looks like people get upset when they realize they have been lied to for their entire lives.

ROBERT KIYOSAKI: “It’s Not A Free Country Anymore! Pray For The Best-Prepare For The Worst”

The collapse is coming, and it’s going to get worse. Those in power will not loosen their grip willingly. In fact, they are doubling down in an effort to control us all. Human beings were actually fired upon by their own government in the U.S.S.A. after agents of the state said:”light ’em up!” These people were committing the crime of being on their own porch.

Instead of quitting, and taking off their uniforms, cops and the military are becoming increasingly violent against their fellow Americans on American soil. Maybe all that war in foreign countries was practice so they could cram the globalists’ agenda down our throats.

Military and law enforcement are following the orders of the ruling class to destroy your freedom. The real question is, when is it enough? It appears that that time has finally come. People all over are realizing they don’t have to live their lives enslaved to anyone. “The system is in collapse. Your own government is going to be your biggest enemy,” says Jeff Berwick at the beginning of the video linked below:

“This is mostly all orchestrated,” says Berwick.

The Worst Part About The Pandemic Isn’t The Virus, It’s The Mass Panic Which Will Cause An Economic Collapse

Coronavirus Crisis: The Virus Will Bankrupt More People Than It Kills

Although, we thought it would be due to the unemployment and extreme poverty and overly exaggerated levels of fearcaused by the government’s reaction to the coronavirus plandemic. Of course, none of this would be possible without the help of the mainstream media. Nonetheless, the collapse is here.

The next step will be to bring in United Nations troops to make sure you’re effectively enslaved. All of the agendas are being attempted right now. There are only two options. One, complete enslavement for all of mankind for the rest of humanity’s existence. Or two, the complete abolishment of all slavery (all power structures), meaning absolute freedom. Figure out which side you’re on because ultimately, it will end in one of those two scenarios. Our hope is that it’s the latter.

The Great Awakening: Our Future Will Be One of Liberty, Freedom, and Peace