You are here: Home / End Of The American Dream / The Big War Between Israel And Her Enemies Could Begin As Soon As July 1st
FacebookTwitterSubscribe 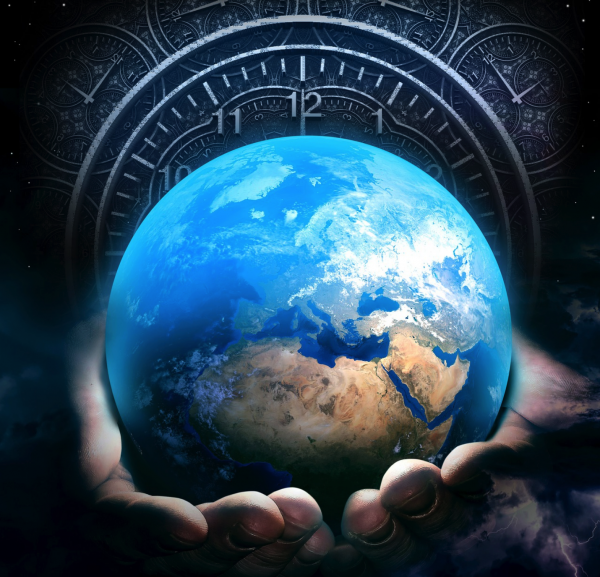 The level of tension in the Middle East is sky high right now, and it is about to go even higher. On Monday, Israeli Prime Minister Benjamin Netanyahu said that he would move ahead with a plan to annex portions of the West Bank in the months ahead. The coalition agreement that he reached with Blue and White chairman Benny Gantz allows him to submit annexation for a vote as early as July, and if Netanyahu is actually going to do this it will almost certainly happen before the U.S. election in November. The Trump administration is prepared to support Israel’s annexation under certain conditions, but a Biden administration would be 100 percent opposed to such a move. So Netanyahu realizes that this opportunity may never come again, and he is fully prepared to seize the moment. But of course if Israel does annex large portions of the West Bank, that could easily spark a huge regional war.

Needless to say, the Palestinians and their allies will never, ever accept the annexation of any West Bank territory, but Netanyahu seems absolutely determined to move ahead with his plans. The following comes from Time Magazine…

Israeli Prime Minister Benjamin Netanyahu on Monday pledged to annex parts of the occupied West Bank in the coming months, vowing to move ahead with the explosive plan despite a growing chorus of condemnations by key allies.

The Palestinians, with wide international backing, seek the entire West Bank as the heartland of a future independent state. Annexing large chunks of this territory would all but destroy the faint remaining hopes of a two-state solution.

And Haaretz is reporting that Netanyahu specifically stated that “the target date for beginning annexation is July 1, and we don’t intend to change it”…

The Americans said recently that they’re prepared for annexation “within weeks.” Under the coalition agreement between Likud and Kahol Lavan, on July 1 – meaning in a month’s time – Netanyahu will be able to “bring the agreement reached with the United States on the issue of applying sovereignty to a debate in the security cabinet and the full cabinet, and for the approval of the cabinet and/or the Knesset.” On Monday, Netanyahu told a meeting of Likud’s Knesset faction, in response to an MK’s question, that “the target date for beginning annexation is July 1, and we don’t intend to change it.” He added that “this is an opportunity that can’t be missed.”

It looks like this is really going to happen, and Israeli settlers in the areas that are going to be annexed will greatly celebrate once it happens.

But at the same time we will see a massive outpouring of fury from the Palestinians and their allies.

In the south, Hamas and Islamic Jihad are not strong enough to invade Israel, but they will almost certainly start firing rockets toward Israel in retaliation.

In the north, Hezbollah has more than 150,000 missiles aimed at Israeli cities right now, and Hezbollah was on the brink of a new war with Israel even before talk of annexation became public.

In the West Bank, Palestinian Authority President Mahmoud Abbas has already voided all previous agreements with the United States and Israel because of this pending annexation, and he is warning that there will be grave consequences if it actually happens.

Needless to say, most of Israel’s Arab neighbors are vehemently opposed to any annexation as well, and Jordan’s King Abdullah has even warned of “a massive conflict” if Israel does not back down…

More than two weeks after Jordan’s King Abdullah issued what can only be described as the sternest warning to Israel if it goes ahead with its annexation plans, Jordanians and Israelis are still wondering how Amman will react if Israeli Prime Minister Benjamin Netanyahu does go ahead with his intention to annex parts of the West Bank and the Jordan Valley as early as July.

In his May 15 interview with German magazine Der Spiegel, the king warned of “a massive conflict” between Jordan and Israel “if Israel really annexed the West Bank in July.”

For such a long time the Middle East has seemingly been on the brink of war, and this could potentially be the trigger that finally pushes everyone over the edge.

Of course Netanyahu would never be pushing for annexation unless the Trump administration was willing to support it.

According to the Trump plan itself and senior U.S. officials, including Pompeo, Israeli annexation is dependent on acceptance of the entire plan, especially its agreement to conduct direct negotiations with the Palestinians for at least four years. During this period, Israel is asked to freeze all construction and demolitions in the territory earmarked for the Palestinian state, as well as possibly in other areas. The plan also includes the establishment of a Palestinian capital in East Jerusalem neighborhoods and the release of Palestinian prisoners.

That certainly puts a different spin on things, doesn’t it?

As I have discussed previously, Trump’s plan would double the amount of territory currently under Palestinian control and would permanently divide the city of Jerusalem.

At this moment in history, the little nation of Israel has once again taken center stage, and what happens next is going to have staggering implications for all of us.

If a major war erupts in the Middle East and Donald Trump is still the president of the United States, it is quite likely that the U.S. would side with Israel in such a war.

But if Joe Biden wins in November, that would probably not be the case once he is in the White House.

In any event, it appears that war is coming. Benjamin Netanyahu is a man of his word, and I believe that he is quite serious about beginning the annexation process on July 1st.

And there is no way in the world that the Palestinians and their allies will allow annexation to go unchallenged.

It does not look like either side is going to back down, and so that means that we are on a course toward military conflict.

And once war starts, it may not be so easy to stop.