You are here: Home / Wake Up World / The Benefits of Confinement – How the Coronavirus Lockdown May Have Some Positive Effects
Print Friendly or Save as PDF 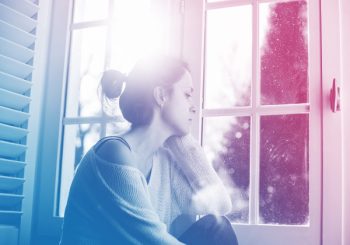 The chapter on prisoners—which I’ve almost finished writing—is especially interesting, as it relates to the situation that many of us find ourselves in at the moment. Like many other countries, the UK (where I live) has gone into lockdown. In order to try to contain the spread of coronavirus, all but ‘key workers’ have to stay indoors, except for shopping, essential medical trips, and one period of exercise per day. In a sense, we have all become prisoners, confined to our homes and restricted to contact with a small number of people. This is causing a great deal of hardship and frustration, of course. People who live alone, who have mental health issues, and who are in abusive relationships are likely to suffer. So I don’t want to minimise the negative effects of the situation.

However, in this post, I would like to suggest that there may be some positive effects too. As I suggested in my book Back to Sanity, quietness, inactivity, and solitude can have a powerful healing effect. Just as rest can help to heal our bodies, retreating from the world for a while may help to heal our minds. A period of retreat may even bring about a permanent shift in the way we relate to the world and the way we live.

The Challenge of Prison

One of the biggest challenges that prisoners face is the massive amount of unstructured, empty time on their hands. In most cases, there is very little for them to do, and there are few distractions or entertainments. They are forced to spend vast amounts of time alone with themselves. There is nowhere for them to focus their attention except their own minds. Many prisoners find this difficult to cope with. They develop mental health problems, or become restless and aggressive, and take drugs to escape.

Another challenge that prisoners face is a loss of identity. In the outside world, we define ourselves in terms of our social roles, our relationships, our status, our ambitions, and our possessions. But prisoners are taken away from all of these things. As a result, they may feel a sense of disorientation and insecurity.

But a small proportion of prisoners react differently. For them, the massive amount of empty time, and the loss of their identity, may trigger a personal transformation. I recently interviewed an ex-prisoner who we will call Andrew (not his real name). He went to prison at the age of 47, when he was at the height of his material success as a businessman. Initially, he felt full of guilt and shame and horror at how his life had unraveled, and at everything he had lost. But eventually, he began to find that the solitude and inactivity of prison life rewarding. Combined with the loss of his identity, it led to a transformation. As Andrew told me:

I did a lot of reading and contemplating, a lot of soul searching to find out who I really was and what my purpose might be. I realized how out of balance I was with life. No matter how successful I’d been in material terms, I was felt completely bereft in terms of my inner life. I felt as though I had to redress the balance, and in order to do that, I had to embark on a spiritual journey. It was a long and gradual process, a couple of years altogether. I started to meditate a lot. Even though it was gradual, the changes were quite dramatic. It gave me a completely different perspective on life, looking more deeply, with more humanity. It made me a lot more compassionate, more sensitive to other people’s needs. It made me realise that before I’d been living according to other people’s expectations, wearing a public mask. But now I was finding out who I really was. I was living in the moment and finding out how peaceful that can be. It blew me away. I felt as though I was looking at life through a different lens.

Another example is an Australian man named Paul Narada Alister. He spent 7 years in prison after being falsely convicted of a terrorist attack, before being pardoned. At first, he found the lack of stimulation difficult to cope with, but soon began to relish his solitude and inactivity. Like Andrew, he spent most of his time meditating and contemplating, and began to feel ‘a deep sense of freedom and positivity’ which made his wrongful imprisonment not only bearable, but beneficial. As he wrote:

The inner silence that prison afforded me gave me an experience I carry to this day. I no longer avoid solitude or isolation. If anything I look forward to [them] as a time to experience that inner silence which can give me so much bliss. Be it in meditation or just enjoying my own company, I find silence is golden when experienced as a way to get in touch with my spiritual self.

A Time of Retreat

As these stories illustrate, solitude and confinement—even in the turbulent and aggressive environment of a prison—sometimes bring unexpected personal growth. Of course, this is why monks retreat from the world, and embrace silence and solitude.

And there is no reason why we shouldn’t experience this kind of effect now, during the present period of confinement. Through slowing down and ceasing to fill our lives with constant activity and distraction, we may regain a sense of authenticity and inner stability. We may be forced to our future goals and ambitions on hold and so being to spend more time in the present, paying attention to our surroundings and our experience. We may also learn to be more present to each other. Relationships that have broken down or become discordant may be healed. Overall, through no longer filing our lives with doing, we may spend more time in being.

Letting go of our roles and loosening some of our psychological attachments may also be beneficial. As with prisoners, for many people this generates a sense of insecurity and unease. But for others, the realization that they have a deeper identity beyond their roles, status and ambitions may be liberating. In this situation, people often discover a sense of wholeness, strength, and well-being inside themselves. They describe a natural inner happiness which we are usually diverted from by living lives on constant activity and searching for happiness outside ourselves. In my research (as reported in my book The Leap), I have found that letting go of psychological attachments may lead to a sudden shift into a permanent higher-functioning state, akin to what Abraham Maslow referred to as ‘self-actualization’ (I usually refer to it as ‘wakefulness’).

An Opportunity for Growth

As the concept of post-traumatic growth illustrates, challenging experiences often have powerful positive after-effects. So I believe that, despite all the suffering that the spread of the coronavirus may cause, there may be some positive aspects. We should think of this period of confinement as an opportunity for personal growth. We should treat these weeks of quietness, solitude, and detachment as a kind of spiritual retreat—a taste of the way of life that monks follow, or even of the life of confinement and inactivity which is occasionally transformational for prisoners.

Some of us may find that the retreat has a healing effect. Others may even find that it brings transformation.

Originally published at Psychology Today and reproduced with permission. 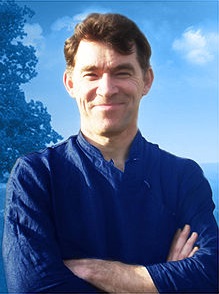 Steve Taylor is a senior lecturer in Psychology at Leeds Beckett University, UK. His latest books in the US are The Calm Center and Back to Sanity: Healing the Madness of the Human Mind. He is also the author of The Fall, Waking From Sleep, and Out Of The Darkness. His books have been published in 19 languages. His research has appeared in The Journal of Transpersonal Psychology, The Journal of Consciousness Studies, The Transpersonal Psychology Review, The International Journal of Transpersonal Studies, as well as the popular media in the UK, including on BBC World TV, The Guardian, and The Independent.

As the author of Out Of The Darkness, one of Steve’s research interests is “awakening experiences” — moments when our normal awareness intensifies and we feel a sense of connection and meaning. What causes these experiences? Is it possible to control them? Steve’s work also examines the sources of psychological suffering — Why is it that human beings find it so difficult to be contented? His research also shows that many awakening experiences are triggered by intense psychological turmoil, such as depression and loss.

Connect with Steve at StevenMTaylor.com.