You are here: Home / SHTF Plan / The 2nd Amendment Comes To Europe: Czech Republic Expected To Enshrine Right To Bear Arms In Constitution 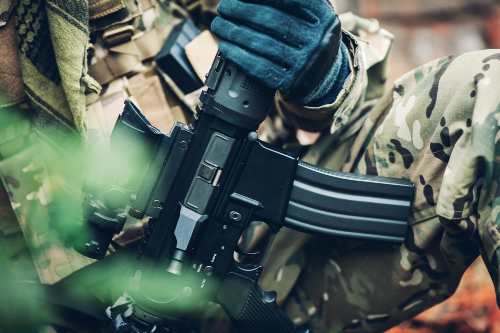 Most people inside and outside of the US believe that this country’s gun ownership rate is unique, but that’s not exactly true. Though America has the most privately owned guns per capita, there are other countries that aren’t too far behind us, such as Serbia, Yemen, Cyprus, and many Western nations like Finland and Switzerland. In most cases, these countries don’t have access to the same kind of firearms that we do, but nonetheless there are a ton of guns floating around in these places.

What really separates the US from every other country in the world, is that we have the right to bear arms preserved in our constitution. Technically, Honduras and Mexico have the same right in their constitutions, but in both cases it comes with a lot of restrictions. Their right to bear arms doesn’t have any teeth. The Swiss are known for letting many of their citizens own guns, but gun ownership for most Swiss citizens is more of a duty than a right.

America stands alone in this regard. We’re the only country with a constitution that gives civilians a clear and explicit right to own and carry firearms. In every other nation, civilians don’t own firearms unless their governments let them.

That however, is about to change. While most EU governments are eyeing more restrictive gun laws, the Czech Republic is about to add the right to bear arms to its constitution.

Czech Lawmakers have passed legislation in the lower parliament that would see the right to bear firearms enshrined in the country’s constitution in a move directed against tighter regulations from the European Union.

The legislation was passed with 139 deputies agreeing to the amendment to the constitution with only nine deputies voting against. The amendment will now be considered by the Czech Senate where it will require a supermajority of three-fifths of the members in order to pass into law, Die Pressereports.

The amendment also notes that the right is there to ensure the safety of the country, similar to the provision of a “well-regulated militia” in the American amendment.

After the bill passes through the senate, it’s expected to be signed into law by President Milos Zeman, who changed his mind on privately owned guns last year. “Earlier I spoke often about limiting the ability to have large quantities of weapons. But after the terrorist attacks, I have changed the idea.”

Though the Czech Republic has always had loose gun laws compared to its neighbors, this law represents a major shift in the European public’s stance on firearm ownership. If anything, it could be just the tip of the iceberg. All across the continent, as migrants grow more violent and as terror attacks become more frequent, we’re seeing Europeans buy more firearms. In some cases, firearm sales have spiked by 350%.

If there’s any silver lining to the massive influx of migrants into Europe over the past few years, it’s that it has taught ordinary Europeans how important it is to let civilians own firearms.