During the pandemic, readers may recall several of our pieces describing what life would be like in a post corona world.

From restaurants to flying to gambling to hotels to gyms to interacting with people to even housing trends – we highlighted how social distancing would transform the economy.

As the transformation becomes more evident by the week, we want to focus on automation and artificial intelligence – and how these two things are allowing hotels, well at least one in California, to accommodate patrons with contactless room service.

The four-foot plastic cylinder with wheels is an innovative robotic butler that offers patrons a contactless experience while staying in the hotel. The robot rolls up and down hallways, even use the elevator, while flashing digital messages to guests in – such as, “I’m on a guest delivery.” 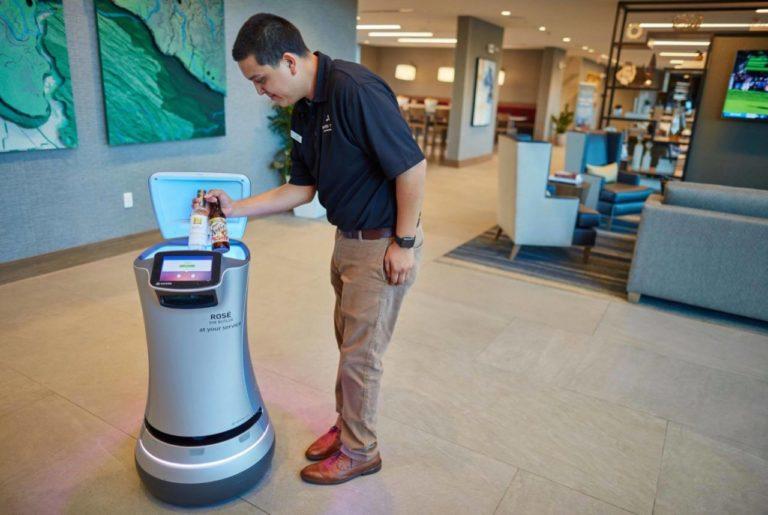 “As Rosé approaches a room with a delivery, she calls the phone to let the guest know she’s outside. A tablet-sized screen on Rosé’s head greets the guest as they open the door, and confirms the order. Next, she opens a lid on top of her head and reveals a storage compartment containing the ordered items. Rosé then communicates a handful of questions surrounding customer satisfaction via her screen. She bids farewell, turns around and as she heads back toward her docking station near the front desk, she emits chirps that sound like a mix between R2D2 and a little bird,” said Sonoma Magazine. 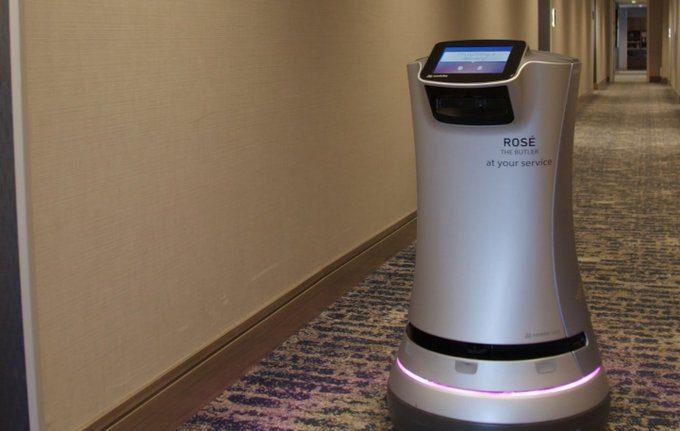 Henry Harteveldt, a travel industry analyst at Atmospheric Research Group in San Francisco, said robots would be integrated into the hotel experience.

“This is a part of travel that will see major growth in the years ahead,” Harteveldt said.

Rosé is manufactured by Savioke, a San Jose-based company that has dozens of robots in hotels nationwide.

The tradeoff of a contactless environment where automation and artificial intelligence replace humans to mitigate the spread of a virus is permanent job loss.