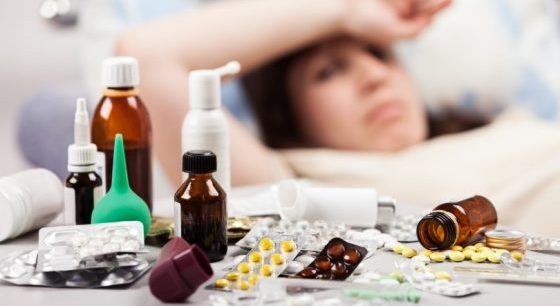 As health officials warn that this year’s flu season could be one of the worst we’ve seen in recent history, they also have stated the vaccine is less than 10% effective.

In just a matter of days after contracting the flu, a young mother died from the disease. Alani Murrieta became sick and was diagnosed with the flu only one week ago. The 20-year-old mother of two was given some medicine and sent home to recover. One day later, she was diagnosed with pneumonia and tragically, just hours later she died. Her family says the young mother was perfectly healthy and hardly ever got sick while the CDC is reporting three states (Louisiana, Mississippi, and South Carolina) with high levels of flu activity, and numbers of new flu cases continue rising every week.

The vaccine that the health officials are pushing on people is only 10% effective against this year’s probable troublsome flu strain too. According to the World Health Organization, the United States typically sees 140,000 to 710,000 influenza-related hospitalizations and 12,000 to 56,000 deaths each year. The very young, very old, and people with existing medical conditions are most at risk.

According to Quartz, the annual flu vaccine development process begins several months before each flu season. When developing a new vaccine, researchers meet at the World Health Organization to identify the strains of the influenza virus they think will infect people in the northern hemisphere. Their findings are based on what made people sick in the southern hemisphere’s most recent flu season. This approach usually still provides mediocre protection (40% to 60%) from the flu.

But it’s a compounding problem because so many are getting vaccinated without understanding what’s in the vaccine, or that their risks of contracting the flu in later years are higher than those who have never been vaccinated. It is, however, very easy to follow the money trail:

With all the evidence pointing toward not getting the shot this year, government agencies and most doctors still suggest that everyone get the flu shot – even though it’s effectiveness isn’t even worth mentioning and the toxic ingredients do more harm to the body than good.

Make sure to be well-informed when making decesions for yourself or your family when it comes to the flu and this year’s vaccine.