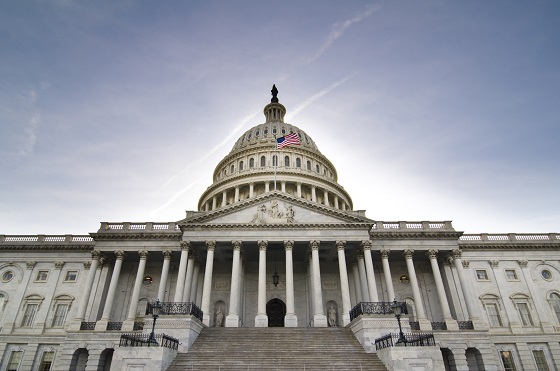 Lawmakers in the Senate introduced a $700 billion defense authorization bill on Wednesday that lays the ground for a budget battle with House budget planners and the White House.

Officials from the Senate Armed Services Committee said in a statement that the proposal was “necessary to help the U.S. military restore readiness, rebuild capacity, and modernize the force for future challenges.”

The legislation passed out of the Senate Committee in an unanimous 27-0 vote and is expected to be considered on the Senate floor by July. The 2018 NDAA adds $97 billion to the budget proposed by the White House.

Along with other spending proposals, before the Senate plan can go forward lawmakers must find a way around spending caps mandated by Congress for FY 2018, set at $549 billion. The Senate plan calls for $640 billion in base defense spending, well over the $621 billion proposed for base defense in the House plan, or the $603 billion requested by the White House.

In addition to the base budget, the Senate plan also seeks $60 billion for Overseas Contingency Operations, or what is effectively a Pentagon slush fund.

While the Senate draft calls for more spending, 54 more aircraft and five more naval ships than the House plan, it requests fewer troops and a smaller pay raise for military personnel. Compared to the White House’s proposal, however, the Senate plan requests some 15,000 more soldiers.

John McCain (R-Ariz.), chairman of the Senate Armed Services Committee, said the plan will “start the process of rebuilding our military after six years of devastating cuts to our defense budget.”

American military spending, contrary to the Senator’s claim, has steadily increased overall in the last several years, growing by 1.7 percent between 2015 and 2016, according to the Stockholm International Peace Research Institute (SIPRI). The United States in early 2016 spent more on its military than the next eight largest militaries in the world combined.

The bill also made mention of the threat posed by Russia.

“The committee believes the United States must do more to deter Russian aggression, whether across its borders or in cyberspace,” reads the summary version of the bill.

In February, a White House proposal for a $54 billion hike in military spending alone accounted for 80 percent of Russia’s entire military budget, perhaps putting the dire threat of Russian Aggression into context.

Sen. Jim Inhofe (R-Okla.), a senior member of the Senate Armed Services Committee, voted to advance the legislation on Wednesday, but said the bill should contain provisions regarding the American prison in Guantanamo Bay.

“FY18 NDAA should prohibit the transfer of Guantanamo Bay detainees to the United States for medical treatment, require public notification prior to the transfer of Gitmo detainees and authorize the direct hiring of uniquely qualified personnel at our depots, plants, shipyards and arsenals,” Inhofe said in a press release.

Ultimately, none of the proposals can go forward until a deal is struck to get around the spending caps for 2018 imposed by the 2011 Budget Control Act.