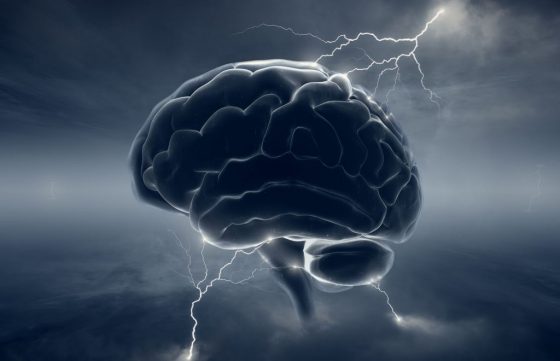 Hacking the human brain to enhance performance seems to be the ultimate dream of technocrats and their military counterparts.

We have reported extensively about the various methods that the military is studying to design a future soldier that is able to carry more weight, run faster, need less sleep, and even become a super sniper without training. These designs range from technical engineering to pharmacological, genetic, and to outright mind control via brain implant.

In a previous article I speculated that without proper ethical parameters these developments very well could herald a new type of global arms race of developing super humans, which naturally would begin to emerge on the battlefield.

China has made several announcements that show a clear attempt to become a leader in a race toward human superiority. Studies with animals like the super beagle have certainly raised eyebrows in the area of genetic engineering, as well as the potential for replicating humans at clone factories.

A new announcement is being reported from ARS Technica which shows that China is now studying brain stimulation techniques that sound very similar to what we have covered from DARPA’s work with Transcranial Magnetic Stimulation. In this case, the scientists are using a combination of genetic engineering and light stimulation called “optogenetics,” but with the same goal to alter cognition by artificially switching brain circuitry.

The Chinese study is particularly worrying as it is claiming to have enhanced aggression in normally docile mice.

Mice are typical of most mammals in that they have a hierarchy based on various forms of physical and social dominance. Researchers in Shanghai are claiming to have found a trigger whereby the lower-ranking mice can be made into super aggressive alphas:

Using a brain stimulation technique called “optogenetics” that triggers neural activity with proteins and light, they stimulated the dmPFC region of a low-ranking mouse’s brain. Then the low-ranking mouse took the tube test with a high-ranking mouse. Immediately, the loser mouse began to shove the winner mouse vigorously, winning almost every contest.

Perhaps more interesting is how researchers found they could permanently transform loser mice into winners, just by stimulating their brains six or more times in tube tests. “We observed that not all the mice returned to their original rank,” Zhejiang University neuroscientist Hu Hailan told the Guardian. “Some mice [did], but some of them had this newly dominant position.” Hu and the other researchers refer to this as the “winner effect,” in which one triumph can lead to more victories, due to a change in outlook.

Of course it remains speculation about how this type of stimulation will work on a more complex human brain, but The Guardian reports that U.S. researchers believe that there is the potential to bridge the gap:

Ivan de Araujo, a psychiatry researcher at the Yale University School of Medicine, agreed that the findings could be relevant in people.

“Social behaviours in rodents arguably operate under very different conditions when compared to human social behaviours,” he said. “However, history of winning is one characteristic of social dominance that is relevant for almost every social species studied, from insects to primates. Because each brain region investigated has its direct primate homologue, the present study opens new opportunities for understanding the involvement of brain regions linked to planning and decision-making in establishing social hierarchies.”

If the “winner effect” translates to humans, it would suggest that experience of success in one area of life could help build confidence in another. “And you can imagine for athletes before a really serious game they could maybe play a video game to have the winner experience to build up confidence,” said Hu.

Regardless of where this particular study leads, there is a clear pattern of research that indicates a desire to rewire human brain function. There is also no doubt that the militaries of world are keeping a very close eye on the opportunities that will be presented.

While it might seem easy to dismiss what has so far only appeared in science fiction, we still need to spread awareness. As the Chinese scientist who was working on human cloning stated: “The technology is already there,” telling AFP that his company is “only holding off for fear of the public reaction.”

You can see the “test tube” demonstration in the video below:

Nicholas West writes for ActivistPost.com. He also writes for Counter Markets agorist newsletter. Follow us at Twitter and Steemit.

Contributed by Nicholas West of www.activistpost.com.