Apparently calling out people who stoke racial division by faking hate crimes is considered to be “promoting hate” by Reddit’s overlords. 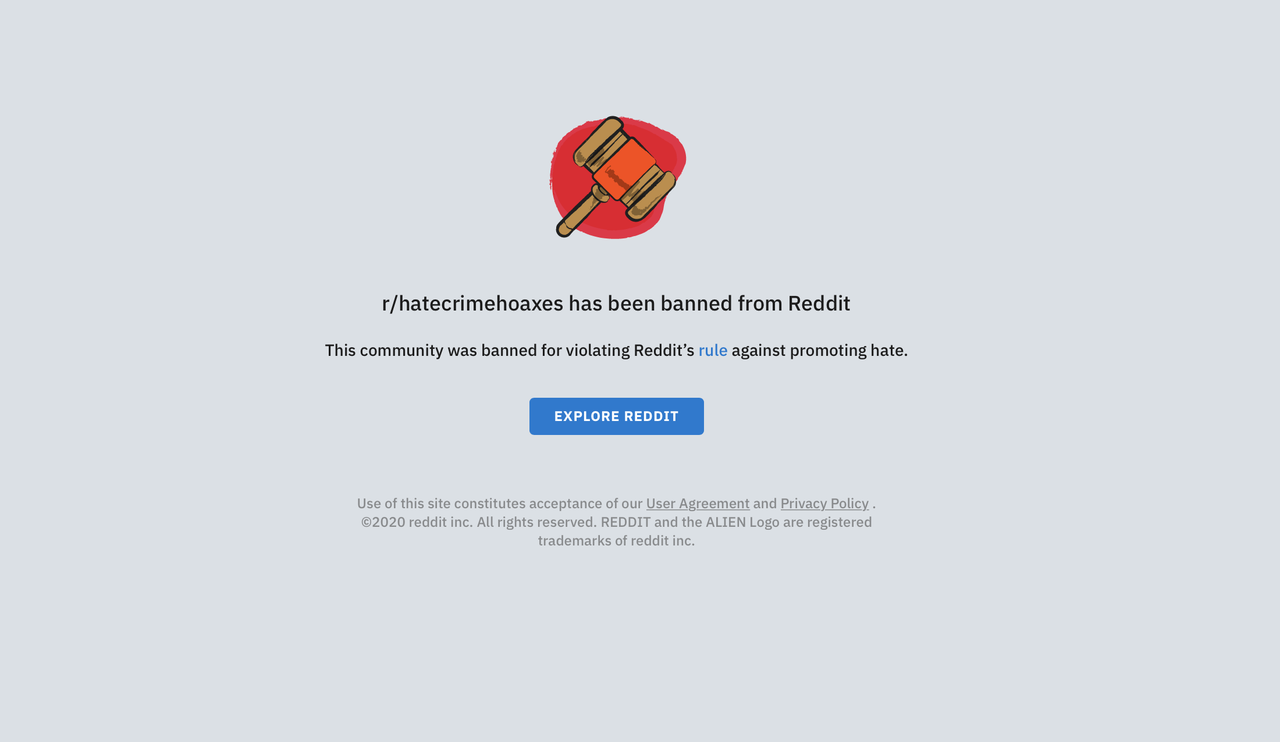 Reddit users who keep tabs on potential hate crime hoaxes via the popular subreddit are met with a label notifying them that “r/hatecrimehoaxes has been banned from Reddit.” The page also notes that the page was banned for “violating Reddit’s rule against promoting hate.”

An archived version of the page from July 2 indicates the subreddit was banned June 30, the same day Reddit blocked “The_Donald” subreddit as the platform began enforcing its recent rules against promoting hate. –Daily Caller

Here’s an example from a February archive of the forum, which gained prominence during the Jussie Smollett saga. 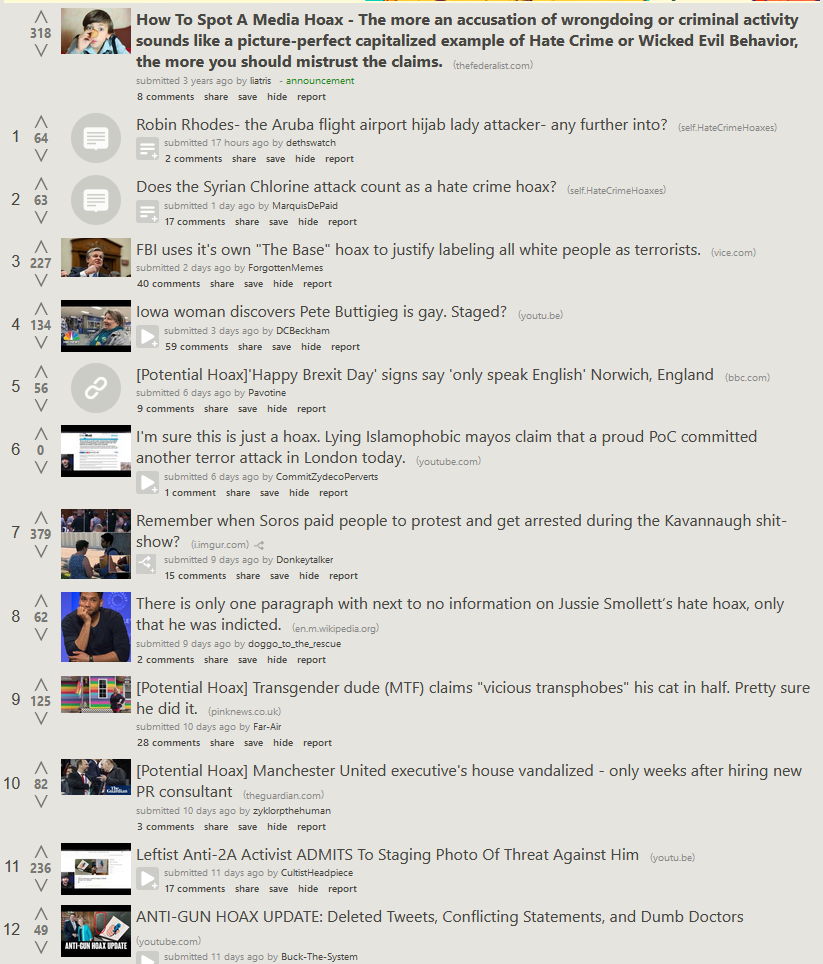 Meanwhile, forums dedicated to Antifa, deemed a domestic terrorist organization by Trump in late May, are just fine.

In place of “/r/hatecrimehoaxes,” Redditors have launched /r/hoaxhatecrimes which sports just 2,871 users as of this writing and has yet to be banished.

As the Caller notes:

There have been several instances of hate crime hoaxes going viral during Trump’s first term in office, including one in which liberal actor Jussie Smollett allegedly staged a racist and anti-gay attack on himself in 2019 to create the impression that Trump supporters assaulted him because of his sexual orientation and skin color.

A Reddit executive told reporters in June that the group’s decision to allow people to target and harass others prompted the ban.

Heaven forbid a place exists to expose hoaxers or express support for a sitting president.