You are here: Home / The Daily Sheeple / Pulitzer-Prize Winning Reporter: FBI Report Shows It Was Seth Rich – Not Russians – Who Gave DNC Emails to Wikileaks 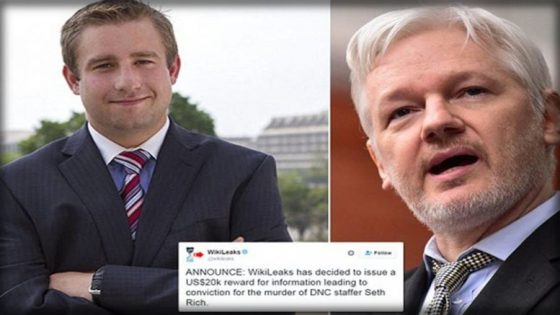 We’ve noted for many months that the DNC emails were leaked by an insider, not hacked by the Russians.

Pulitzer-prize winning investigative reporter Seymour Hersh – who revealed in 1974 that the CIA was spying on Americans, who broke the story of the Mai Lai massacre in Vietnam and the Iraq prison torture scandal – said in a recent phone interview linked by WikiLeaks:

[The DC police took Seth Rich’s computer, but couldn’t get past his password.] So they call the FBI cyber unit.

The Feds get through [the password-protection on Rich’s computer], and this is what they find. This is according to the FBI report.

What the report says is that – some time in late spring or early summer – he [Rich] makes contact with WikiLeaks. That’s in his computer.

They [the FBI] found what he [Rich] had done was he had submitted a series of documents – of emails, of juicy emails – from the DNC.

By the way, all this shit about the DNC, where the hack, it wasn’t hacked …

He [Rich] offered a sample, an extensive sample, I’m sure dozens of emails, and said I want money. [Remember, WikiLeaks often pays whistleblowers.]

Later, WikiLeaks did get the password. He [Rich] had a dropbox, a protected dropbox, which isn’t hard to do.

They got access to the dropbox. That’s in the FBI report.

He also let people know with whom he was dealing … the word was passed, according to the FBI report, “I also shared this box with a couple of friends, so if anything happens to me, it’s not going to solve your problem”.

I have a narrative of how that whole fucking thing began. It’s a [former CIA director John] Brennan operation. It was an American disinformation [campaign].

Contributed by George Washington of www.zerohedge.com.