You are here: Home / SouthFront / Protests In U.S. Couldn’t Last A Week Before Being Blamed On Russia 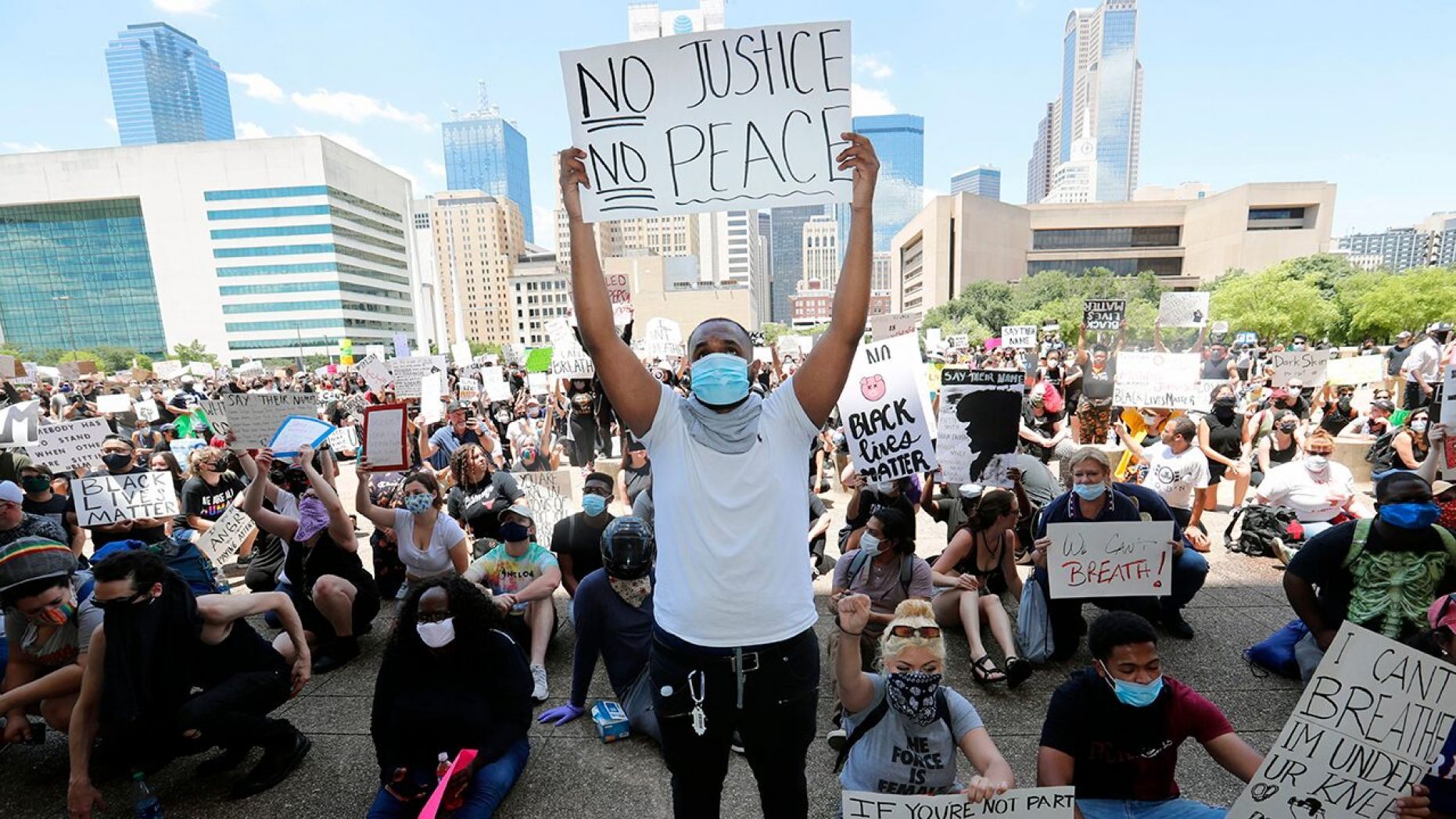 The protests and riots following the killing of George Floyd by police officer Derek Chauvin didn’t go through an entire week of taking place before accusations that Russia were fueling them began.

According to her, the violence that overshadowed the peaceful protests came “right out of the Russian playbook.”

Meanwhile, US President Donald Trump blames the violent protests on ANTIFA, saying that it would be designated as a terrorist organization.

Of the loose association of militant left-wing demonstrators, he declared, “the United States of America will be designating ANTIFA as a Terrorist Organization.”

ANTIFA Russia is run and supported by Vladislav Surkov, who is a former Assistant to the President of Russia. He was dismissed by Vladimir Putin on February 18th, 2020, but has been at the helm of ANTIFA chapter in Russia, since the beginning.

“Additionally, there are calls on Russian social media platforms for Russian speakers in the US, especially Florida, to mobilize to cause diversion in the US protests. Moreover, it is plausible some of the Russian “journalists” in US are involved in community organizing purposes.”

And the conspiracy is left to fester from there on out.

In response and regarding the protests, the Russian Foreign Ministry issued a statement:

“This incident is far from the first in a series of lawless conduct and unjustified violence from US law enforcement. American police commit such high-profile crimes all too often. It is enough to recall the murder of Laquan McDonald, a minor, by a police officer in 2016. The teenager was shot because he ostensibly started to hide his knife as soon as the police approached him. They opened fire at him although he did not try to attack them.

The United States has certainly accumulated systemic human rights problems: race, ethnic and religious discrimination, police brutality, bias of justice, crowded prisons and uncontrolled use of firearms and self-defense weapons by individuals, to name a few.

We are urging the U.S. authorities to take effective measures to improve the current state of affairs, resume good-faith efforts to honor international commitments and tailor national legislation to the UN basic principles on the use of force and firearms by law enforcement.

And, of course, they should meticulously investigate the murder of George Floyd.”

“Dear Suzan [sic] Rice, Some time ago your party colleagues made a fatal mistake when they decided to blame absolutely everything that was not to their liking on Russia. Hillary Clinton and the Obama team convinced themselves and tried to convince the world that the domestic problems in the United States were created and encouraged by an external force: Russia.”

Your interview with CNN is a perfect example of barefaced propaganda. I would like to remind you that the social media, which you believe are being used by Russian agents to fuel protests in American cities, were registered in the United States, belong to Americans and are regulated by American laws.

Are you trying to play the Russia card again? You have been playing too long; please, come back to reality. Go out and face your people, look them in the eye and try telling them that they are being controlled by the Russians through YouTube and Facebook. And I will sit back and watch ‘American exceptionalism’ in action.”

“What Susan Rice has said is a direct insult. Not so much to Russia, which simply non-existent and can’t be in this situation, but to its own people and the memory of U.S. citizen George Floyd.

The American fake news machine screeched, huffed and puffed and finally burst into a long-predicted act.

It would have been very funny. But it will be sad because this may be the first sign of what to come. But it’s not Russia that smells bad.”

We have never interfered in American affairs and are not going to intervene now.

Any insinuations like [Rice’s] are of course absolutely wrong and erroneous. As far as we understand, such insinuations can in no way reflect Washington’s official position.”