You are here: Home / SouthFront / Prospects Of Turkish-Russian Military Conflict In Syria

Dear friends, during the past 2 weeks, there were signals of the growing confrontation between Hayat Tahrir al-Sham as well as the intensifying coordination between Turkey and Russia in Greater Idlib.

The region of Greater Idlib remains the main source of tensions in Syria.

The March 5th ceasefire deal reached by Turkish President Recep Tayyip Erdogan and Russian President Vladimir Putin in Moscow allowed an end to be made to the open military confrontation between the Turkish Armed Forces and the Syrian Army. However, as of mid-April, the main provisions of the deal have yet to be implemented. Members of al-Qaeda-linked groups still enjoy freedom of movement across Greater Idlib and keep their positions with weapons and heavy equipment in southern Idlib.

The safe zone along the M4 highway, the creation of which was agreed, has not been created. All Russian-Turkish joint patrols have been conducted in a limited area west of Saraqib and have just been a public move needed to demonstrate that the de-escalation deal is still in force.

Ankara turns a blind eye to regular ceasefire violations and other provocative actions by militant groups and their supporters. Additionally, it has continued its military buildup in Idlib. The number of Turkish troops in the region reportedly reached 7,000, while the number of so-called ‘observation posts’ exceeded 50. Meanwhile, Turkish-affiliated media outlets ramped up a propaganda campaign accusing the Assad government of killing civilians, of ceasefire violations, of using chemical weapons and of discrediting the de-escalation agreement by calling it the surrender of the goals of the so-called Syrian revolution.

On the diplomatic level, neither Turkey nor Russia demonstrate open antagonism, but statements coming from the top military and political leadership of Turkey regarding the conflict in Syria demonstrate that Ankara is not planning to abandon its expansionist plans or aggressive posture towards the country.

These factors set up a pretext for and increase the chances of a new military escalation in Idlib. However, this time the conflict is likely to lead to at least a limited military confrontation between the Turkish and Russian militaries. Both sides have troops deployed in close proximity to the frontline, including the expected hot point of the future escalation – Saraqib.

Possible phases of escalation are the following:

It’s likely that the Syrians will choose the second option. The military standoff in Idlib will officially re-enter a hot phase. The previous years of conflict have demonstrated that militants cannot match Syrian troops in open battle. Therefore, if the Turkish leadership wants to hold on to its expansionist plans, it will have no choice but to intervene in the battle to rescue its proteges. Syria and Turkey will once again find themselves in a state of open military confrontation.

The Russian retaliatory strike will likely target Turkish military columns in close proximity to the frontline as well as Turkish depots, positions of artillery, armoured vehicles, and material and technical support points in Greater Idlib. 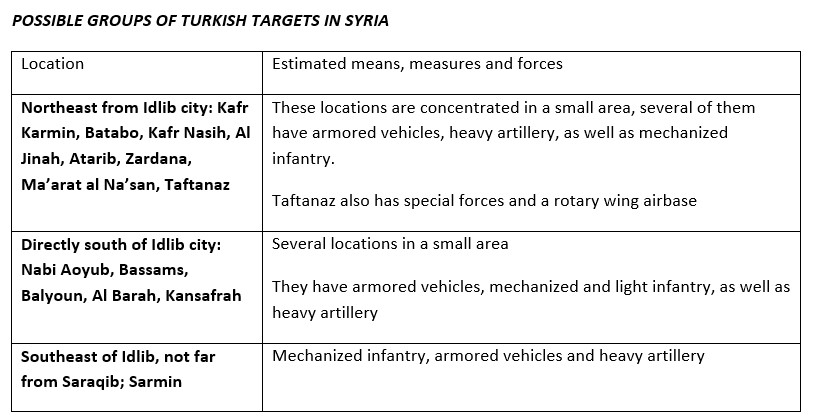 If, after the Russian strike, the Turkish leadership does not halt its aggressive actions and its forces continue attacks on Russian and Syrian positions in Syria, the escalation will develop further.

The second wave of Russian retaliatory strikes will target Turkish military infrastructure along the border with Syria. HQs and logistical hubs in the province of Hatay, which were used to command and supply its Operation Spring Shield, will immediately be destroyed. The decision to deliver strikes on other targets along the border will depend on the success of Turkish forces in their expected attempt to attack Russia’s Hmeimim airbase and put it out of service. 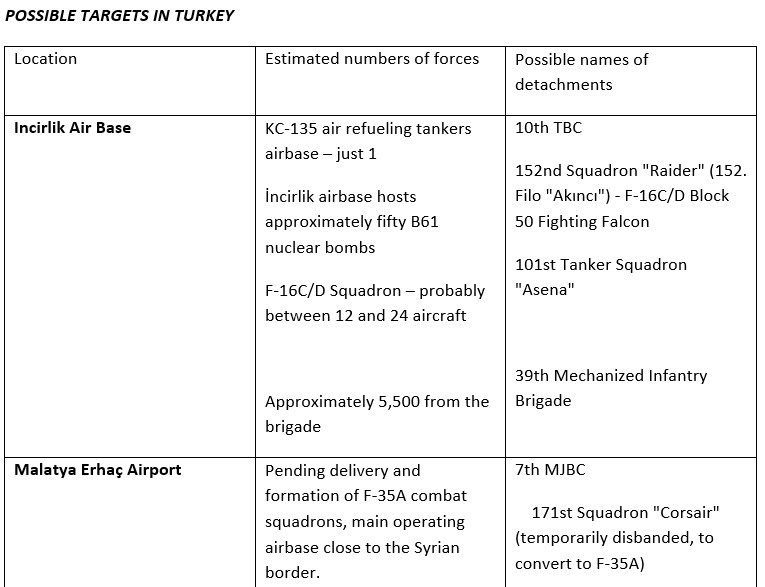 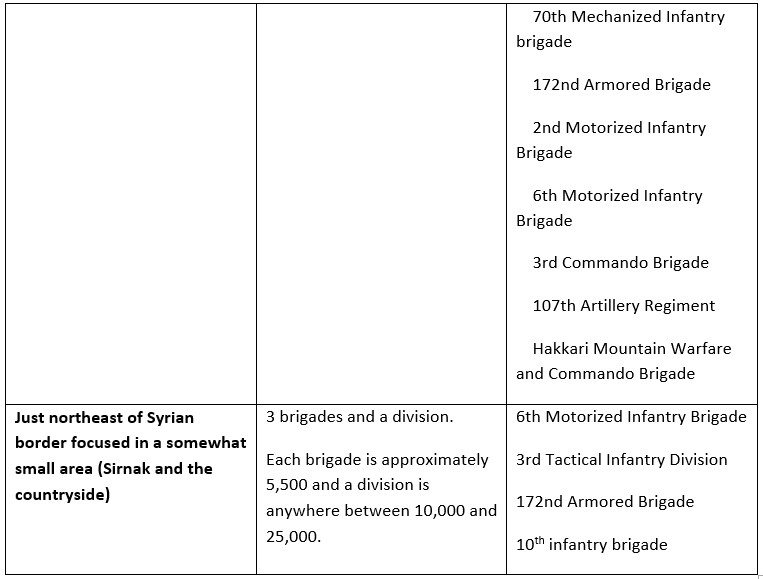 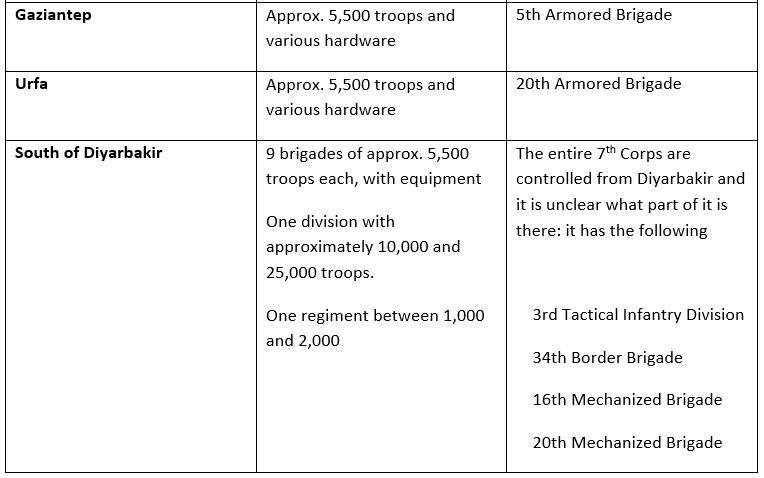 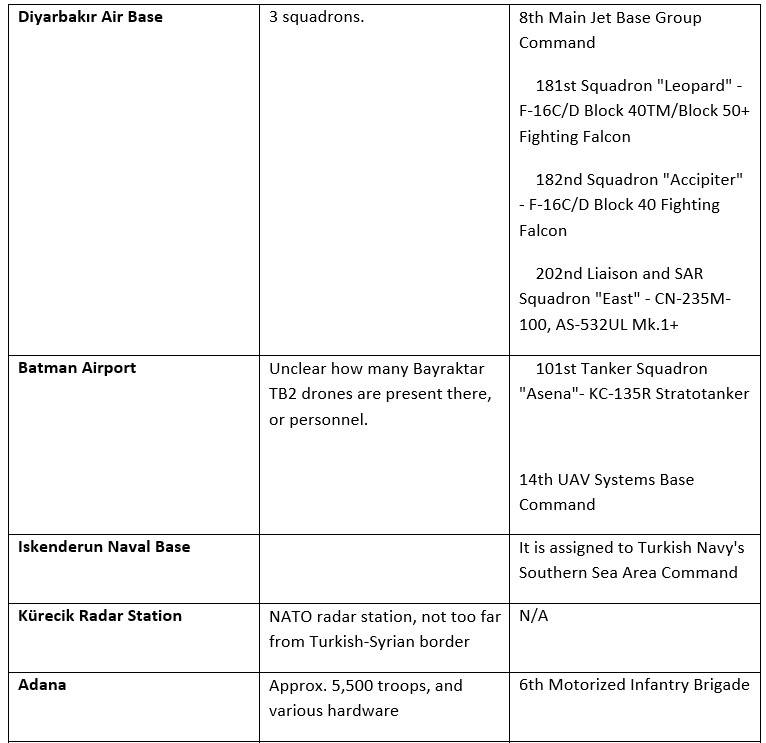 Another factor to consider is that should Turkey appear to be too successful in their attack on the Hmeimim airbase, they risk losing their entire Black Sea fleet. While theoretically the Turkish naval forces deployed in the Black Sea are superior to the Russian ones in numbers, the real balance of power there tells a different story. The combined means and facilities of the Russian Black Sea fleet, the Caspian Sea fleet, air forces and coastal defense forces deployed in the region would allow Moscow to overwhelm and sink the entire Turkish Navy. On top of this, Russia, unlike Turkey, is a nuclear power.

Turkey’s NATO allies have already demonstrated that they are not planning to risk their equipment or personnel in order to support Erdogan’s Syrian adventure. Furthermore, a new round of complaints to the UN or demonstrative sanctions will be no help to any destroyed Turkish airbases or to a fleet resting deep underwater.

Ankara will have to find a diplomatic way to de-escalate the confrontation before it gets to this point. The format of this diplomatic solution and the consequences, which Turkey will have to suffer for its military adventure, will depend only on the moment, when the Erdogan government understands that it’s time to stop.