You are here: Home / End Of The American Dream / Pro-Trump Forces Are Taking Over The Republican Party, And There Is No Going Back 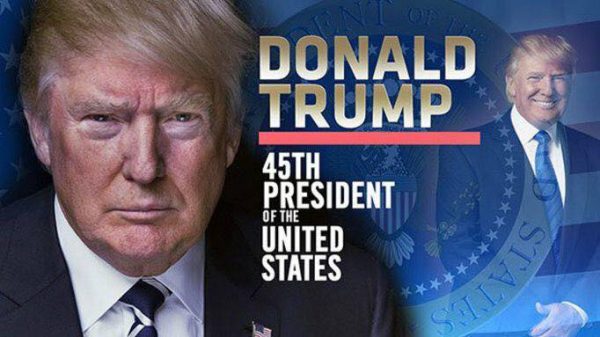 A civil war for control of the future of the Republican Party is raging, and pro-Trump forces are winning. In recent weeks, we have seen Senator Jeff Flake and Senator Bob Corker both announce that they will not seek re-election when their terms are over. Meanwhile, a new generation of enthusiastic pro-Trump candidates has been rising all over the nation. Back in May, I used my national platform to publicly call for “an army of pro-Trump activists” to run for office all across America, and now it is actually happening. Of course the traditional Republican establishment still believes that they are going to someday regain control of the party, but the truth is that there is no going back at this point. This is a point that Pat Buchanan made beautifully in his recent article about the GOP civil war…

Flake calls Trump “dangerous to our democracy.” But the real threat Trump represents is to the GOP establishment’s control of the party’s agenda and the party’s destiny.

U.S. politics have indeed been coarsened, with Trump playing a lead role. Yet, beneath the savagery of the uncivil war in the party lies more than personal insults and personality clashes.

This is a struggle about policy, about the future. And Trump is president because he read the party and the country right, while the Bush-McCain Republican establishment had lost touch with both.

What we are witnessing is something truly remarkable. The Republican Party is being fundamentally transformed on a national level.

For decades, grassroots activists were deeply frustrated that the Republican establishment always ignored them on issues such as trade, immigration and the dangers of globalism, and now we are seeing a stunning changing of the guard.

Major establishment figures such as Corker and Flake are willingly leaving Washington, and a new crop of candidates that fully believe in Trump’s agenda is rising to take their place.

One potential candidate that I am very excited about in Ohio is Pastor Darrell Scott. He has been asked to run against anti-Trump incumbent Dave Joyce in the upcoming primary…

Scott was recently approached by Ashtabula County (Ohio) Republican Party members, who asked for him to run against incumbent Rep. Dave Joyce in the 2018 Republican primary for Congress. The incumbent, Scott says, has both publicly and privately bashed President Donald Trump in a district where multiple homes still proudly display their Trump election signs.

Pastor Scott has not made a final decision yet, but some very prominent names have already lined up behind him…

His first step was to pray and seek wise counsel. Among his counselors are a veritable Who’s Who of President Trump’s administration: Michael Cohen, Steve Bannon, Anthony Scaramucci, Omarosa Manigault-Newman and Jared Kushner. All of them loved the idea, and a handful even offered to host prestigious fundraisers if Scott decides to move forward.

By the way, we are trying to get in touch with Steve Bannon as well, and so if anyone can get us in contact with him please reach out to us at our campaign website.

Another pro-Trump candidate that would have never run in previous eras is Joy Villa. According to Fox News, she is considering running for Congress in either “Florida, California or New York”…

Villa, who famously wore a Trump-themed dress to the 2017 Grammy Awards, announced on “Fox and Friends” Friday morning that she’s considering a run for Congress.

“If I run, I’m going to win,” she said, adding that she’s looking at Florida, California or New York because “those are places I live and work and have grown up in.”

Villa, 26, said she would focus on tax reform, legal immigration and helping American families — much like the president’s current platform.

Right now, Donald Trump doesn’t have too many friends in Congress, but it looks like that may be about to change. In fact, if I win my race I intend to be Trump’s “best friend in Congress” since nobody else seems to want that title so far. Of course if other pro-Trump candidates win their races too, I might actually have some competition for that title, and that would be a wonderful thing.

Sadly, many of the old establishment Republicans are still convinced that things can go back to the way they used to be. They believe that once they get rid of Trump that we will openly embrace them like we did in the old days. Here is more from Pat Buchanan…

Can the GOP establishment believe that if Trump falls, or they bring him down, they will inherit the estate and be welcomed home like the Prodigal Son? Do they believe their old agenda of open borders, amnesty, free trade globalism and democracy-crusading can become America’s agenda again?

Trumpism is not a detour, after which we can all get back on the interstate to the New World Order.

The Republican establishment still does not understand the power of our movement. For decades the elite have been accustomed to pulling the strings in both major parties, but now that era is ending.

Of course we still need more pro-Trump candidates to run all over the nation. The primaries are only a little more than six months away, and so if you are thinking of jumping in to a race you need to do so as soon as possible.

And if you aren’t running, please support those who are. We need to greatly encourage Pastor Scott, Joy Villa, Omar Navarro, Paul Nehlen, Carla Spalding, Kevin Cavanaugh, Dr. Kelli Ward and all of the others that have either stepped forward or that are considering stepping forward.

Running for office is not easy, and this is something that I have discovered on my own journey. Fortunately, we are doing extremely well so far, but we still have a ton of work ahead of us.

Together, we can take our country back. Getting Donald Trump into the White House was the first miracle, and now we are going to see another miracle in 2018. Individually we would never be able to accomplish much, but if we unite under the Trump banner amazing things are possible.