You are here: Home / SouthFront / Opposition Groups And Social Movements Condemn US Troop Deployment To Colombia 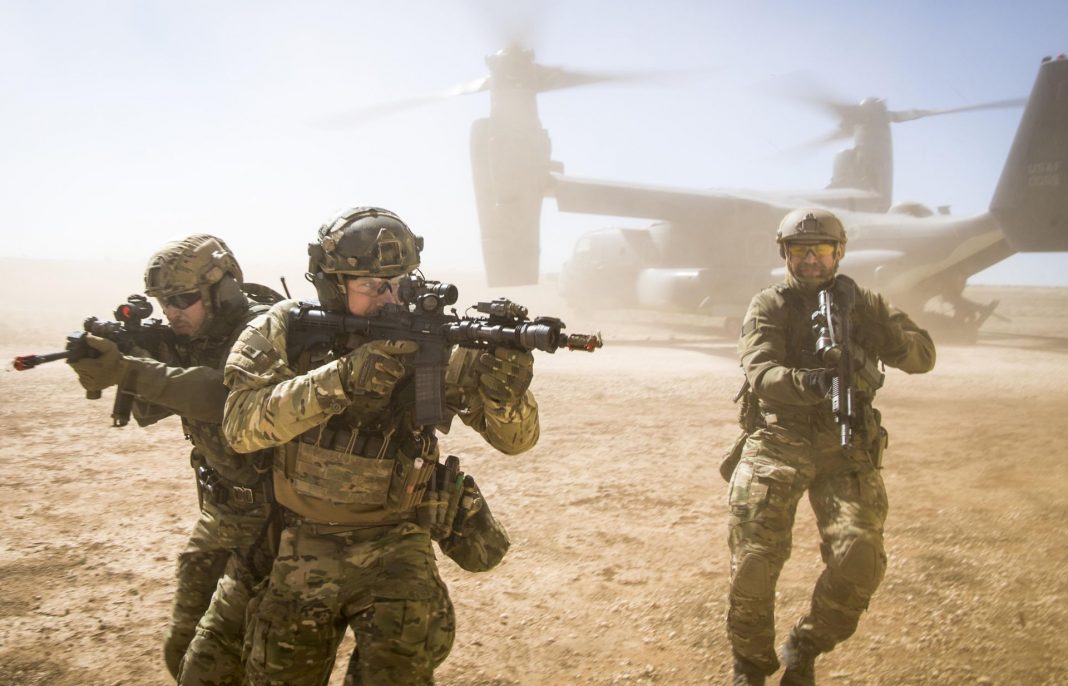 Senior members of the national Congress, opposition politicians and social movements are denouncing the announcement that the US is sending more troops to Colombia. The troops are due to arrive today, 1 June, just days after the planned deployment was announced to the Colombian people by the US Embassy. Among other controversial points, the deployment breaches the Constitutional requirements that all foreign military deployments must be approved by the Senate.

Following the announcement made by the United States Embassy about the imminent arrival of a Security Force Assistance Brigade to Colombia, several sectors of the Congress of the Republic have asked the President of the Senate, Lidio García, to call an urgent meeting to debate the motives and objectives of their deployment.

Through her Twitter account, the senator of the Patriotic Union, Aida Avella questioned the intentions of the United States Army, “Mr. Minister of Defense, you can clarify to the country whether the US soldiers will be unarmed? According to their statements, they are being deployed to ‘advise’ us. Who do they think they are deceiving?”

According to Article 173 of the Colombian Constitution, it is a requirement that any presence of foreign troops in Colombian territory must be previously debated and authorized by the Senate.

Although according to authorities from both countries, the arrival of the United States Army Security Assistance Force on June 1 is intended to “collaborate in the fight against drug trafficking,” social organizations have warned that their arrival may bring with it an escalation of social and armed conflict in the territories as well as possible confrontations with other nations (Venezuela in particular).

Some legislators described the arrival of troops as a “very serious error” by President Iván Duque, since it violates national sovereignty and the Constitution.

The President of the Colombian Senate, Lidio García Turbay, sent a message to President Iván Duque in his account on the social network Twitter, in which he writes that Article 173 establishes that “allowing the transit of foreign troops” in national territory is a constitutional attribution of the Senate of the Republic.

The decision has been rejected by several senators including Jorge Enrique Robledo, who described the arrival of troops as a “very serious error” by President Duque, as it violates national sovereignty and the Constitution.

The representative of the Alternative Democratic Pole, Antonio Sanguino, affirmed for his part that “it is the most inopportune moment” for the arrival of US troops, as the world is experiencing a health crisis due to the Covid-19 pandemic, which is also “hitting the country hard”.

Sanguino warned that it is still unknown whether this decision is “related to the United States’ intention to continue applying hostile actions against neighbouring countries and against Venezuela, and aggravating the conflict we have had with Venezuela …

Senator Iván Cepeda, for his part, maintained that the US intervention represents an “attack on sovereignty”, the peace process and constitutes a threat of an international war.

“If you want to fight drug trafficking, you should investigate the role of ‘Uribismo’ in the political arena, and military commanders’ relations with the Gulf Clan and the Envigado Office (described in the Operation Bastón report). For this, hundreds of US military personnel are not required, but rather that the Office of the Prosecutor General fulfil its duties and obligations…”

The Cumbre Agraria, Campesina, Etnica y Popular (Agrarian, Farmers, Ethnic and Popular Summit), one of the main protagonists in the national strikes and blockades that have brought the country to a halt on numerous occasions over the last few years, also condemned the planned deployment:

“As another example of the country’s surrender to foreign interests, the anti-national government of Iván Duque announces the arrival in Colombia of the SBAF Mission, a US military brigade for the alleged purpose of combatting drug trafficking. This decision is one more step in the direction of greater dependence of the Colombian armed forces on North American guidelines and a severe blow to our national independence.

It also means greater involvement in the plans to attack the sister Republic of Venezuela, which have increased significantly in recent months.

The diligence and speed with which the executive obeys the orders of the United States is surprising, while it refuses to carry out any action aimed at joint work with the Venezuelan government to attend to the migrant population, the problem of the pandemic on the border and the government does not even take the trouble to recover the navy ships that coincidentally went to Venezuelan territory with the failed incursion of mercenaries…”