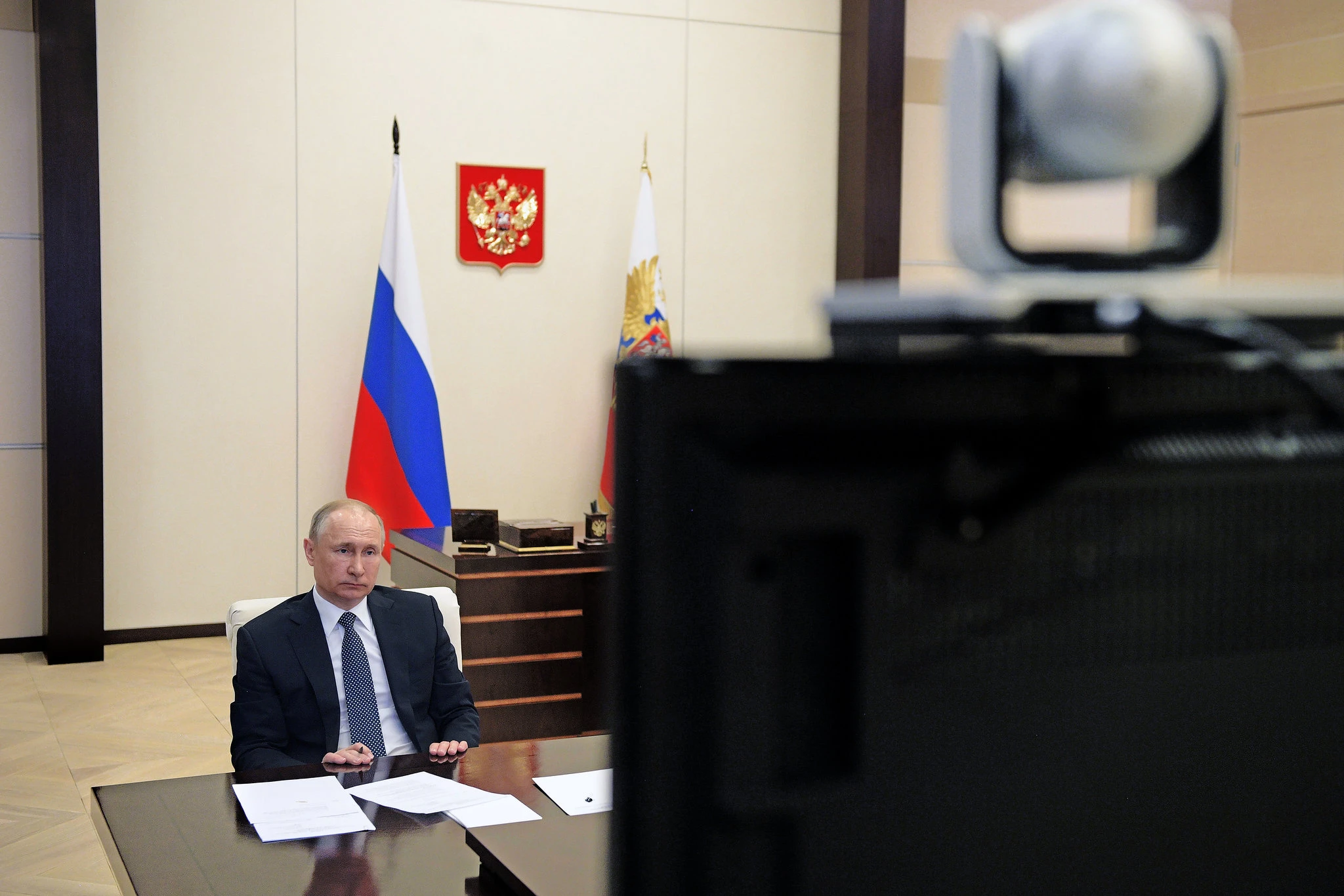 In an April 13th report, the New York Times discovered that Russian President Vladimir Putin’s long-term was turning into reality with the COVID-19 crisis in the U.S.

“As the pandemic has swept the globe, it has been accompanied by a dangerous surge of false information — an “infodemic,” according to the World Health Organization. Analysts say that President Vladimir V. Putin of Russia has played a principal role in the spread of false information as part of his wider effort to discredit the West and destroy his enemies from within.”

It all began on February 3rd, when the World Health Organization declared the coronavirus a global pandemic, and “an obscure Twitter account in Moscow began retweeting an American blog. It said the pathogen was a germ weapon designed to incapacitate and kill.”

And it did that despite numerous scientists establishing that it was natural, and not man-made.

And, usually, Putin and his lackeys meddle in elections and so on, thus US officials have disregarded the disruptive work the “evil overlord” could have been carrying out against American science.

“His agents have repeatedly planted and spread the idea that viral epidemics — including flu outbreaks, Ebola and now the coronavirus — were sown by American scientists. The disinformers have also sought to undermine faith in the safety of vaccines, a triumph of public health that Mr. Putin himself promotes at home.”

As such, Putin is apparently also to blame for the popularity of anti-vaxxers.

In his quest to destroy America, Putin uses open media, “secretive trolls” and “shadowy blogs” that present US health officials as “patronizing frauds.”

“Of late, new stealth and sophistication have made his handiwork harder to see, track and fight.”

The YouTube videos of RT, Russia’s global television network, average one million views per day, “the highest among news outlets,” according to a U.S. intelligence report. Since the founding of the Russian network in 2005, its videos have received more than four billion views, analysts recently concluded.

And Putin uses RT to spread his propaganda.

The NYT cited Sandra C. Quinn, a professor of public health at the University of Maryland who has followed “Putin’s vaccine scares for more than a half-decade, said the Russian president was drawing on an old playbook. “

“The difference now is the speed with which it spreads, and the denigration of the institutions that we rely on to understand the truth,” she said in an interview. “I think we’re in dangerous territory.”

All of this is proved by the fact that when he was young Putin served in the KGB.

“The K.G.B. campaign — which cast the deadly virus that causes AIDS as a racial weapon developed by the American military to kill black citizens — was wildly successful. By 1987, fake news stories had run in 25 languages and 80 countries, undermining American diplomacy, especially in Africa. After the Cold War, in 1992, the Russians admitted that the alarms were fraudulent.”

After in 2008, Russia Today was rebranded to RT, to “hide its Russian origins,” the disinformation began.

During the global swine flu pandemic, it cited Wayne Madsen who claimed that the virus was engineered, by the US and not natural.

In 2010, RT America was founded, and its headquarters is near the White House.

In 2012 Mr. Putin added the military to his informational arsenal.

“His newly appointed head of the Russian Army, Gen. Valery Gerasimov, laid out a new doctrine of war that stressed public messaging as a means of stirring foreign dissent. That same year, a shadowy group of trolls in St. Petersburg began using Facebook, Twitter and Instagram to fire salvos of junk information at millions of Americans.”

Then 2014 came, and Ebola, and Putin lost no time to have RT spread information that the US actually engineered the disease.

“The trolls in St. Petersburg amplified the claim on Twitter. The deadly virus “is government made,” one tweet declared. Another series of tweets called the microorganism “just a regular bio weapon.” The idea found an audience.

The hip-hop artist Chris Brown echoed it in 2014, telling his 13 million Twitter followers, “I think this Ebola epidemic is a form of population control.”

Thus, Chris Brown too is possible a Putin agent.

On March 5th, Lea Gabrielle, head of the State Department’s Global Engagement Center, which seeks to identify and fight disinformation, told a Senate hearing that Moscow had pounced on the coronavirus outbreak as a new opportunity to sow chaos and division — to “take advantage of a health crisis where people are terrified.”

“The entire ecosystem of Russian disinformation has been engaged,” she reported. Her center’s analysts and partners, Ms. Gabrielle added, have found “Russian state proxy websites, official state media, as well as swarms of online false personas pushing out false narratives.”

Regardless, “the truth” is obvious, and the reason behind the COVID-19 hysteria in the US has been discovered – and its unsurprisingly “evil overlord” Vladimir Putin, once again.

“Putin has disseminated false and alarming health narratives not only about pathogens and vaccines but also about radio waves, bioengineered genes, industrial chemicals and other intangibles of modern life. The knotty topics often defy public understanding, making them ideal candidates for sowing confusion over what’s safe and dangerous.”