You are here: Home / SHTF Plan / North Korea Prepares For World War 3 With Mass Evacuation And Blackout Drills Conducted Across The Country 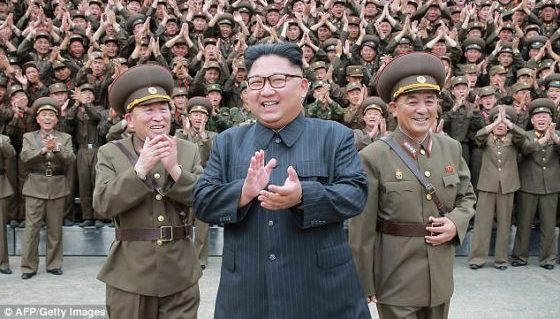 The rogue nation of North Korea is bracing itself for World War 3. The country has now undergone mass evacuation and blackout drills designed to ready the public for a war.

Although the drills were not conducted in the capital city of Pyongyang, the North Korean government had many other cities practice evacuations and “blackout” drills. Blackout drills are designed to disguise the people from enemy aircraft in the event of a war by minimizing the lighting. With tensions sky-high between the United States and North Korea, the ultra-secretive country reportedly staged the training in towns and cities throughout the nation last week.

North Korea’s refusal to abide by international sanctions may be part of the reason of their insistence on war preparations, all while US Defense Secretary James Mattis fears threats of a nuclear missile attack by the regime are accelerating. “North Korea has accelerated the threat that it poses to its neighbors and the world through its illegal and unnecessary missile and nuclear weapons programs,” Mattis said on Saturday.

According to NK News, evacuation drills of this scope and nature are “extremely rare,” and often unheard of in the communist nation that approximately 25 million people call home. “I have never heard of this type of training exercises before in North Korea, but am not surprised,” a retired South Korean army lieutenant general said. “They must realize how serious the situation is.” The “daily air raid drills” were supposedly common and occurred regularly in 1994 when the North and the US were “on the brink of war.”

But the drills are ominous, begging the question: what exactly does North Korea have planned?

On Saturday, Mattis accused Kim Jong Un’s regime of illegal and unnecessary missile and nuclear programs, and vowed to defeat any attack by North Korea, which he said engages in “outlaw behavior.” He also said the US will not accept the North as a nuclear power.

Kim Jong-un is also understood to possess an intercontinental ballistic missile capable of reaching the United States. The nation has also branded president Donald Trump, and the US at large, a “hooligan” and a “lunatic” after the US reportedly put its nuclear bombers back on 24-hour alert for the first time since the end of the Cold War.

It’s been reported North Korean secret police have begun to patrol monuments to Kim Jong-un because of the public’s growing fury about poverty in the leftist country.