The missiles flew for over 93 miles (150km) at a low altitude according to South Korea’s Joint Chiefs of Staff said, coming days after Kim Jong Un’s visit to an airbase to observe defense drills involving attack aircraft over the weekend. 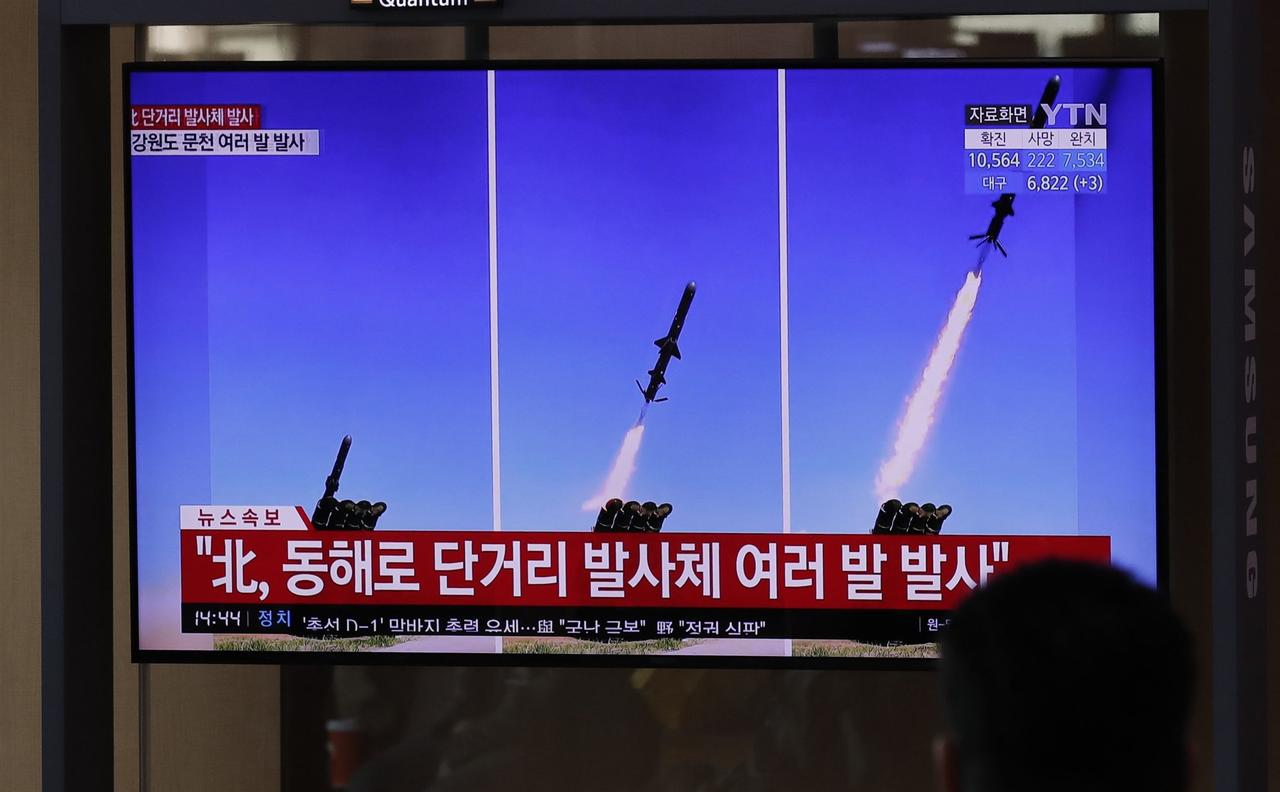 Tuesday’s launch shown on TV in Seoul, via AP.

The timing of the missile tests also comes on the eve of the celebration of the country’s late founder, Kim Il Sung – the current leader’s grandfather. The Associated Press described it as “a major show of force” on the occasion of the national holiday.

If confirmed it would mark the third such deeply provocative test since the beginning of March, after Pyongyang warned Washington over stalled nuclear talks, and at a moment fears are growing over a potential coronavirus outbreak in North Korea, which authorities are believed to be hiding from international media and reporting.

“The back-to-back launches were the most high-profile among a series of weapons tests that North Korea has conducted recently amid stalled nuclear talks and outside worries about a possible coronavirus outbreak in the country,” the AP reports.

South Korea’s military also warned about a broader resumption of aggressive military drills by the north, as later in the day Tuesday Pyongyang also “launched several Sukhoi-class fighter jets that fired an unspecified number of air-to-surface missiles toward the North’s eastern waters,” according to a defense official cited in AP.

However, it should be noted that some reporters and analysts disputed the extensiveness of the alleged missile tests.