You are here: Home / SHTF Plan / Nobel Prize Winner: The Lockdown Was Over A “Panic Virus” & It “Saved No Lives” 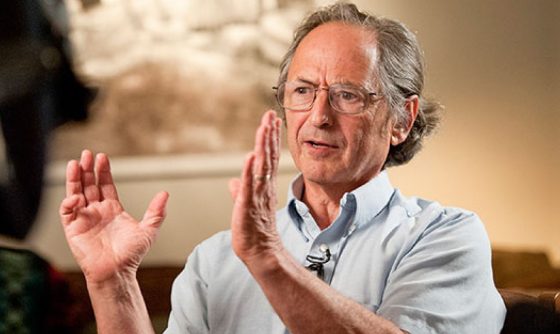 Nobel Prize-winning economist Michael Levitt has criticized the planet being on lockdown under the boot of tyranny due to the coronavirus plandemic. Levitt says this was a “panic virus” and the lockdowns “saved no lives.”

There was a very obvious attempt by the mainstream media to panic the public and keep them afraid for as long as possible while they demanded their own oppression by all levels of government. But not only does Levitt say that the lockdowns didn’t save a single life, they actually cost lives, and the social toll on mental health etc. will be felt for years, if not decades. Social distancing, especially when forced upon children will have lasting effects on their emotional development. We are already sick as a society, and the mental health is about to explode all because people believe others have the right to rule over them. But this could all be a part of Dr. Anthony Fauci and Big Pharma’s plan to make money off the scamdemic:

Dr. Anthony Fauci Disappears As The Country Moves To Reopen

Big Pharma’s War On Our Children: 1 Million Kids Under Age 6 On PSYCHIATRIC Drugs

Effective measures would have focused on protecting those at risk while allowing everyone else to acquire herd immunity. However, Professor Levitt, who shared the Nobel Prize for chemistry in 2013, says the lockdown was a “huge mistake.”

“I think it may have cost lives,” he said. “It will have saved a few road accident lives, things like that, but social damage – domestic abuse, divorces, alcoholism – has been extreme. And then you have those who were not treated for other conditions.”

Levitt, along with other scientists, economists, and doctors, who we now are in the majority, but silenced and “discredited” by the mainstream media and the government so they could complete a totalitarian takeover of the planet, knew from the beginning this was not something to be concerned with. In a letter to President Donald Trump, 600 doctors described the lockdowns as a “mass casualty event.” It can also be described as “economic terrorism”:

“The millions of casualties of a continued shutdown will be hiding in plain sight, but they will be called alcoholism, homelessness, suicide, heart attack, stroke, or kidney failure. In youths it will be called financial instability, unemployment, despair, drug addiction, unplanned pregnancies, poverty, and abuse.

“It is impossible to overstate the short, medium, and long-term harm to people’s health with a continued shutdown,” the letter says. “Losing a job is one of life’s most stressful events, and the effect on a person’s health is not lessened because it also has happened to 30 million [now 38 million] other people. Keeping schools and universities closed is incalculably detrimental for children, teenagers, and young adults for decades to come.” –Letter to President Donald Trump from 600 doctors, Forbes

The real problem, was the reaction the media and the government were able to stir up. “Panic virus” is very accurate.

When you have a different view than the one the government wants you to believe, you will not be heard. Levitt doesn’t have the right analysis on the matter, so it’ll be futile to expect the mainstream media to begin to cover the damage of the lockdowns they so gleefully are trying to keep in place as long as possible.