North Korean nuclear scientists apparently ignored warnings from a group of Chinese colleaugues who briefed them back in September that the North’s Punggye-ri nuclear test site was slowly imploding following the country’s sixth nuclear test, which involved a 100-kiloton hydrogen bomb roughly seven times more powerful than the weapon dropped by the US on Hiroshima in 1945.

As Japanese TV station Asahi TV reported Tuesday, more than 200 North Koreans were killed earlier this month when several tunnels in the underground complex collapsed, killing more a crew of laborers and a crew of rescue workers sent to save them. As we’ve reported previously, scientists in the US, China and South Korea have warned that further tests at the site could blow the top off the mountain, causing it to collapse. Meanwhile, it could send a plume of radioactive particles into the atmosphere that could deleteriously impact population centers in Northern China and across the region. 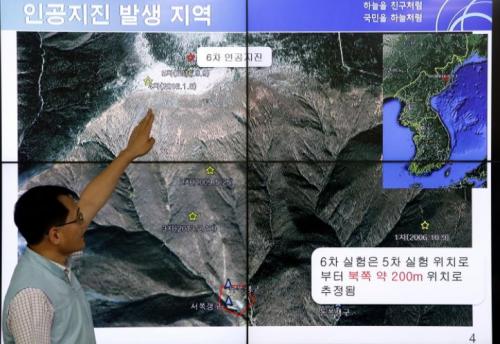 Scientists detected a series of small earthquakes under Punggye-ri after the country’s Sept. 3 nuclear test. The seismic activity, combined with satellite images of landslides and depressions forming on the mountain’s surface, led a group of American scientists to declare that Punggye-ri was suffering from “tired mountain syndrome” – a condition previously observed at Soviet nuclear test sites. South Korea’s weather agency chief Nam Jae-Cheol told a meeting of the lawmakers Monday that any future nuclear test at the site could cause a collapse. One of the Korea Meteorological Administration researchers, Lee Won-Jin, presented an analysis of satellite images indicating landslides occurred near the facility following the September test.

The small-scale quakes at the facility, built south of the Mantapsan mountain, suggest it may not be stable enough to conduct any further tests. However, the construction of new underground tunnels in the complex would suggest the North – unwilling or unable to build an entirely new facility in a different location – has instead opted to move its tests to another area of the mountain. 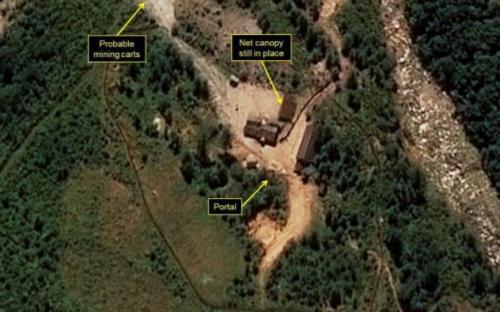 “If North Korea were to attempt to continue testing under this mountain (such as in the area more to the eastern side), then we would expect to see new tunneling in the future near the North Portal, still under Mt. Mantap,” researchers Frank Pabian and Jack Liu wrote in a report published earlier this month. 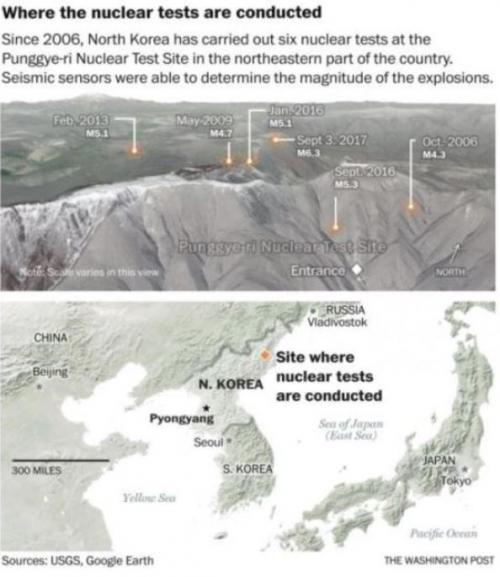 Of course, the condition of the test site would be irrelevant if the North decides to follow through with a threat to conduct “an unprecedented scale hydrogen bomb” test over the Pacific. North Korean officials have insisted in recent weeks that these threats are serious. Perhaps the Kim regime has been so preoccupied assessing the damage at Pyungge-ri, where five of the North’s six nuclear tests held since 2006 have taken place, that it has been forced to put any future tests on hold.

Fearing a collapse, China has stepped up its radiation monitoring on the border. Meanwhile, a researcher studying the radioactive risk from the North Korean nuclear program at Peking University said China could no longer tolerate another land-based explosion. 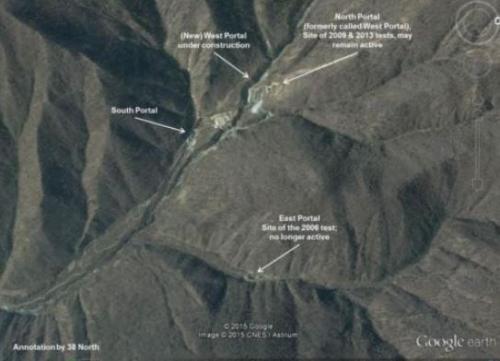 “China cannot sit and wait until the site implodes. Our instruments can detect nuclear fallout when it arrives, but it will be too late by then. There will be public panic and anger at the government for not taking action,” the researcher said.

“Maybe the North Koreans themselves have realized that the site cannot take another blow. If they still want to do it, they have to do it somewhere else.”