You are here: Home / End Of The American Dream / Millions Of Americans Are Now Making Far More Money Being Unemployed Than They Did When They Were Actually Working
FacebookTwitterSubscribe 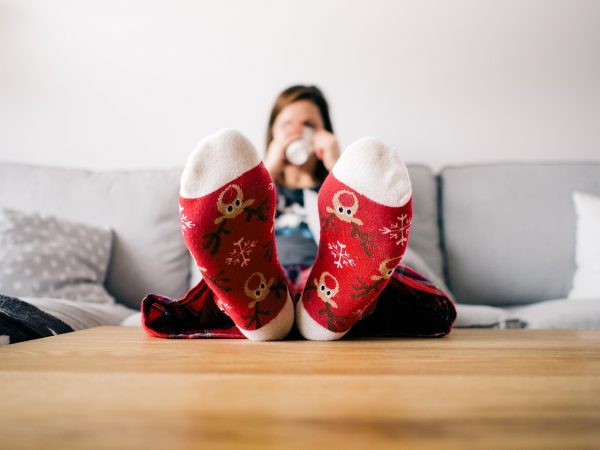 More than 26 million Americans have filed new claims for unemployment benefits in recent weeks, and a lot of them will now be bringing home much more money than they did while they were actually working. Needless to say, this is going to create a perverse incentive for people to stay unemployed for as long as possible. Just think about this for a moment. If you could earn more money sitting on your sofa gobbling down chips and watching Netflix, what possible motivation would you have to go back to work? Many low paid workers are going to want to ride this gravy train all the way to the end, and as you will see below, this is already causing big problems for businesses all across America.

So how did we get to this point?

Well, the Democrats pushed extremely hard to get a provision into the CARES Act that would give unemployed workers an additional $600 a week on top of any normal unemployment benefits. The following comes from USA Today…

The CARES Act includes a $600-a-week bonus until July 31 for those registered as unemployed. The $600 is issued in addition to the standard unemployment benefit, which varies by state and by individuals’ record of previous earnings.

This means that for the next several months, unemployed workers all over America will be bringing home at least the equivalent of $15 an hour based on a 40 hour work week, and some Republican members of Congress were very concerned about this…

Some Republican lawmakers warned about this unintended consequence of the relief bill when it was being drafted, noting that $600 a week amounts to $15 an hour, more than twice the federal minimum wage. That’s in addition to state unemployment benefits, which vary widely, from a maximum of $235 per week in Mississippi to $795 per week in Massachusetts.

Despite those concerns, the CARES Act easily sailed through both chambers of Congress, and now we are stuck with it.

If it was just a small percentage of workers that were being overpaid not to work, we could certainly live with that on a temporary basis.

According to a report by the Leadership Conference Fund and the Georgetown Center on Poverty and Inequality, 42.4% of people working in the United States in 2015 earned less than $15 an hour.

So how is the economy supposed to “get back to normal” if more than 40 percent of our workers would be better off unemployed?

In a previous article, I documented the fact that Social Security Administration numbers show that half of all U.S. workers make less than $33,000 a year. Of course if you multiply $600 by 52 weeks, you get $31,200. The provision in the CARES Act that pays this bonus money to unemployed workers is supposed to expire on July 31st, but there is likely going to be a tremendous push to extend these benefits far beyond that date.

To some of my readers, it may sound “heartless” to want to deny unemployed workers these big checks during a global pandemic, but businesses all over America are not going to be able to “return to normal” if millions upon millions of workers simply do not want to work.

In fact, a coffee shop owner in Harlan, Kentucky named Sky Marietta just had to close her entire business down because it would cost her former employees “literally hundreds of dollars per week” to be employed. The following comes from her personal blog…

When our family opened a coffee shop in Harlan, Kentucky we had big plans for something that could contribute to the fragile economy of an Appalachian community just beginning to recover from the decades-long loss of coal jobs. We wanted to repurpose a vacant, historic downtown building to give some life to a Main Street that was beautiful but looked forgotten. We wanted to provide a safe gathering space with good internet where people could meet and work. But more than anything, we wanted to create dignified, living-wage jobs. And when we announced our first openings, it was clear that those jobs were needed: we had 96 people apply to be a barista in a town with a population of 1,425.

So perhaps one of the most shocking outcomes of the Coronavirus Pandemic – and especially of the Coronavirus Aid, Relief, and Economic Security Act (CARES) – is that the very people we hired have now asked us to be laid off. Not because they did not like their jobs or because they did not want to work, but because it would cost them literally hundreds of dollars per week to be employed. It is the nail in the coffin of a Main Street business, and our last day open will be Saturday. Let’s talk about why the very program that is supposed to support small businesses is currently helping their demise and take a hard look at the economic realities we are setting ourselves up for.

Are you starting to understand how serious this is?

Without workers, we don’t have an economy, and right now we are incentivizing people not to work.

In an article that was just posted, Zero Hedge is reporting that employees at one business in Washington State were “furious” with the owner because the owner has kept paying them during this crisis…

And now, as BizPacReview.com’s Vivek Saxena details below a Washington State business owner faced backlash from her employees after she obtained a forgivable Paycheck Protection Program loan from the federal government that has allowed her to keep them fully paid through the coronavirus pandemic.

In an interview with CNBC this week, salon owner Jamie Black-Lewis of the Oasis Medspa & Salon in Woodinville and Amai Day Spa in Bothell said her employees were furious because they were already “making” more money being unemployed.

For the foreseeable future, there is going to be an unprecedented stampede of people applying for unemployment benefits, and almost all of them are going to want to stay unemployed until at least July 31st.

And if the CARES Act bonuses get extended, most unemployed workers are going to want to remain on the sidelines until the bonuses finally end.

For a very long time I have been warning that economic collapse was coming, and now that it has arrived Congress is making it even worse with their meddling.

So don’t expect the unemployment rate to bounce back very much once this pandemic begins to subside. Congress has decided to make it very financially rewarding not to work, and millions upon millions of Americans are going to be more than happy to take advantage of that opportunity for as long as it lasts.