You are here: Home / SouthFront / Military Situation In Afghanistan On April 25, 2020 (Map Update) 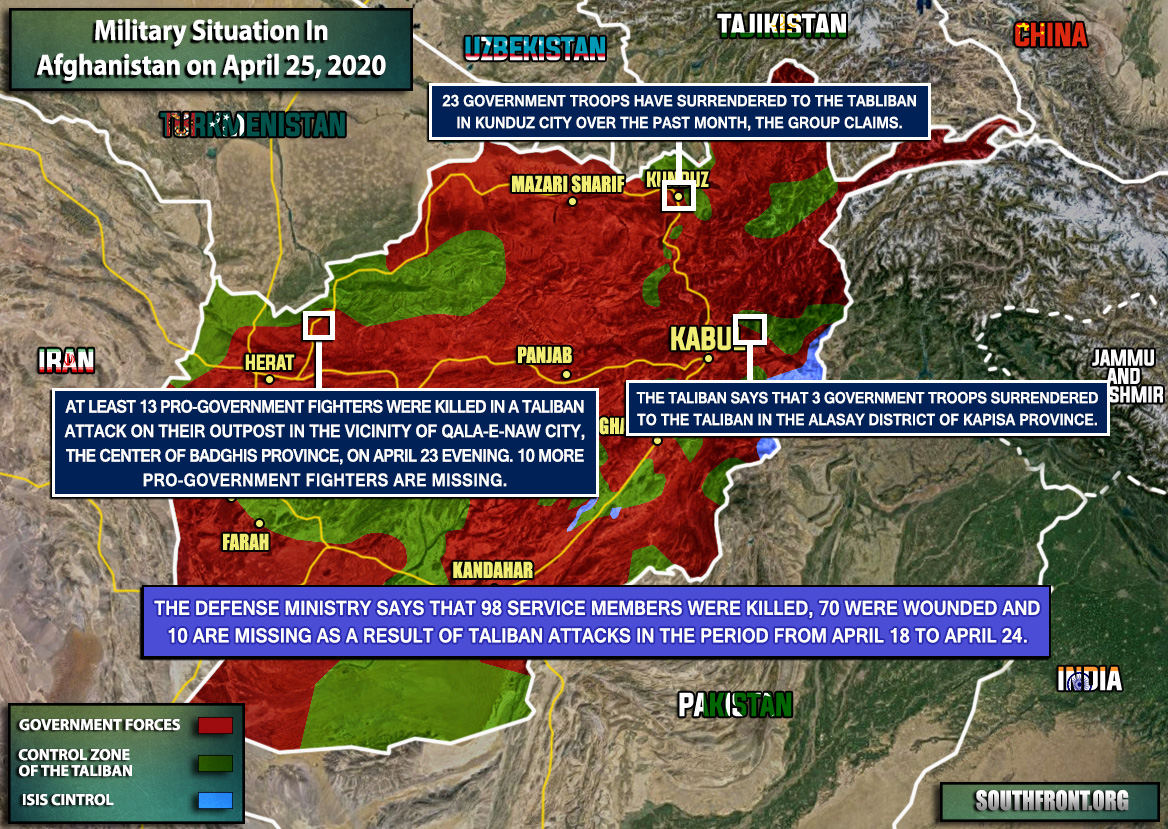