You are here: Home / Wake Up World / Microplastics Found in Fruit and Vegetables for the First Time
Print Friendly or Save as PDF 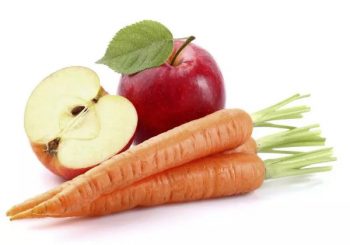 Here at Wake Up World, we’ve written before about the increasing threat to human health posed by microplastics, particularly when bottled water, shellfish and sea salt are contaminated by tiny microbeads and microfibers. However, two worrying new studies published recently are highlighting increasing levels of microplastics in our crops and vegetables too.

The first study has been published in the journal Environmental Research and was carried out by the University of Catania Department of Hygiene, in Italy. The study found evidence of microplastics in carrots, lettuce, broccoli, potatoes, apples, and pears, both from supermarkets and local produce sellers in the area. Apples were the worst affected fruits, and carrots were the worst affected of the vegetable samples [1].

As a result of this study, the EFSA (European Food Safety Authority), in consultation with the European Commission, has started a process of looking into food safety specifically with regard to microplastics.

As to how the microplastics get into the fruit and vegetables in the first place, the second peer-reviewed study, published in Nature Sustainability has answers to that. This research, carried out by Yanthai Institute in China and Leiden University in the Netherlands, shows that microplastics are penetrating the roots of soil-grown produce, before making their way to the edible parts of the plants [2].

Previously, the prevailing scientific opinion was that most microplastics, tiny as they are, were too large to penetrate fruit and vegetables during growth. However, the new research shows that particles up to 40 times bigger than previously thought can get through cracks in roots and into the plants. Researchers hypothesize also that because most microplastics are flexible plastics, the tiny particles can be squashed or squeezed directly into root cells. In vegetables, carrots, radishes, turnips, and leafy vegetables like lettuce are most at risk from the absorption of microplastics – but the plastics are also penetrating the roots of crops like wheat and making their way into the edible grain. Overall, more microplastics were found in fruits than vegetables, which the researchers believe may correlate with how established fruit trees have a bigger, deeper root system than vegetable plants do.

This is very bad news indeed, because it suggests that these toxic plastics may be widespread already in our food chain. As Maria Westeros, founder of the Plastic Soup Foundation points out, “If it is getting into vegetables, it is getting into everything that eats vegetables as well which means it is in our meat and dairy as well. What we need to find out now is what this is doing to us. This is unchartered territory. Does plastic make us sick?” [3]

The study involved growing plants hydroponically in wastewater, and also in sandy soil watered with wastewater. Although much attention has been paid to microplastics in oceans and rivers, it’s only recently in 2018 that we began to understand how much microplastic contamination there is in wastewater [4] – and yet the use of wastewater in irrigation is very common, much more common than previously realized [5]. Although wastewater treatment can reduce microplastic pollution, it does not remove it entirely. Besides, many countries use untreated wastewater for irrigation, either because they have no choice, or simply because the agricultural industry prefers it for its nutrient value.

With it now becoming clear that microplastics are contaminating vegetables, fruit and the rest of the human food chain, there are calls for investigation. Says Sian Sutherland, co-founder of environmental campaign group A Plastic Planet, “We’ve known for years that plastics are in our air, ocean and soil. And now finally we have the proof plastics are in the fruit and vegetables we feed to our children. Today I’m calling for an urgent investigation into what these toxins are doing to our health. Now more than ever we must listen to the scientists not the plastic lobbyists.” [3].

Nikki Harper is a spiritualist writer, astrologer, and Wake Up World’s editor.