You are here: Home / SHTF Plan / Michigan Man Told To “Give Up Some Of Your Constitutional Rights” In Exchange For Adopting Grandson 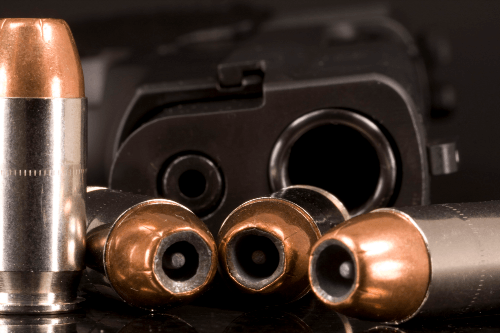 Anyone with half a brain can read the Second Amendment, and clearly articulate its intent. It’s not a complicated law. It’s not buried in high-brow legalese that is indecipherable to the average person. Once you understand the original meaning of the words when they were written, and the wider context of the Bill of Rights, its meaning is obvious. The Second Amendment protects an individuals right to own and use firearms, which is a meaning that has been upheld by the Supreme Court.

So it’s always somewhat surprising to learn that there are so many states with laws that disregard the Second Amendment. It’s baffling that it’s taken so long to strike down these unconstitutional rules.

In Michigan for instance, there is a law that effectively prevents adults from exercising their Second Amendment rights if they want to foster a child. A resident of the state recently filed a lawsuit against the Michigan Department of Health and Human Services, because they wouldn’t allow him to foster his own grandchild, unless he submitted to their anti-gun demands.

Caseworkers from MDHHS and a county judge told William Johnson of Ontonagon, Mich., that he had to choose between his Second Amendment rights and fostering his grandson, according to a complaint filed with the United States District Court for the Western District of Michigan. The 54-year-old Johnson is a retired, disabled Marine with a Michigan Concealed Pistol License. He and his wife were asked by the state of Michigan to foster their grandson. According to Johnson’s suit, however, the issues began as soon as he arrived at MDHHS to pick up the child.

Johnson said he was searched for a firearm and, although he was not carrying a gun, officials demanded to see his concealed carry license. He was then told he would need to give MDHHS the serial numbers of all of his firearms, including rifles and shotguns, and register them with the agency. After questioning why he would have to register his firearms in order to foster his grandson, Johnson said he was told by one caseworker, “if you want to care for your grandson you will have to give up some of your constitutional rights.” When he objected, he was told there would not be a “power struggle” and MDHHS “would just take his grandson and place him in a foster home” if he didn’t comply with their requests.

Two weeks later, during a hearing on placement of the child, Johnson said a Gogebic County Court judge similarly told him, “if you want to care for your grandson you will have to give up some of your constitutional rights.”

Can you believe that? How is it possible that in a supposedly free country, a judge can tell someone who hasn’t committed a crime to give up their constitutional rights, just so they can take care of their own grandchildren? How does a government official actually say that with a straight face?

But more to the point, how exactly does Michigan prevent foster parents from exercising their right to bear arms? It turns out that by law, they have to register their firearms with the state, and store them unloaded in locked safe, separated from ammunition. They can keep firearms, but they sure can’t bear them. Hopefully this lawsuit will put an an end to this blatant disregard for the civil rights of law abiding citizens in Michigan.