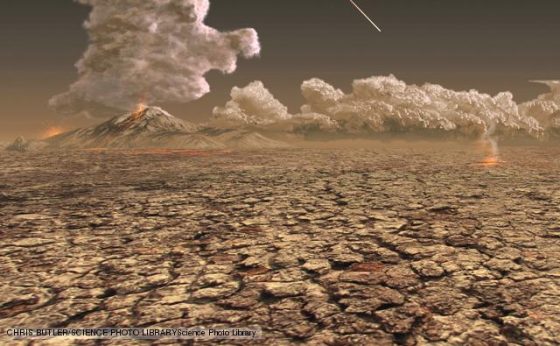 According to MIT geophysicist Daniel Rothman, the sixth global mass extinction is right around the corner. Using his skills in mathematics, Rothman has determined that earth will be well into the sixth extinction phase by the year 2100.

Rothman began his math journey to determine our next extinction by investigating fluctuations in the carbon cycle. The carbon cycle is the path carbon traces through Earth’s land, oceans, and atmosphere that has occurred over the last 542 million years. By analyzing 31 established carbon isotopic events recognized by geochemists, Rothman identified the ebb and flow of carbon–12 and carbon–13, which are two isotopes of carbon whose abundance has varied considerably in Earth’s history.

From this information, he constructed a database to assess how much carbon mass was pumped into the world’s oceans in each historical event. In most of these episodes, the carbon volume stayed under a certain threshold. But in some of them (including four of the past five mass extinction events that exterminated multitudes of life-forms on the planet) that threshold was breached. “It became evident that there was a characteristic rate of change that the system basically didn’t like to go past,” Rothman said about his findings.

According to Rothman’s math, there are only two ways carbon levels can exceed the threshold of a catastrophe. One is where CO2 emissions slowly swell over thousands and millions of years, slowly triggering a global calamity. The other case occurs on a much shorter timescale, where an immense shift in carbon volumes moving through the carbon cycle happens in the space of say, decades or years.

Rothman warns that by the year 2100, about 310 gigatons of carbon will have been added to the oceans. This is a potential “tipping point” for an ecological disaster, according to his study. That’s also the minimum amount of carbon expected to enter earth’s oceans by 2100. When CO2 dissolves into the ocean as it did in the case of the End-Permian mass extinction, all life on Earth is at risk.

The formula predicts that by the end of the century oceans will hold enough carbon to launch a mass extermination of species in the very near future. Rothman also stated that it would take about 10,000 years for the disaster to completely play out.