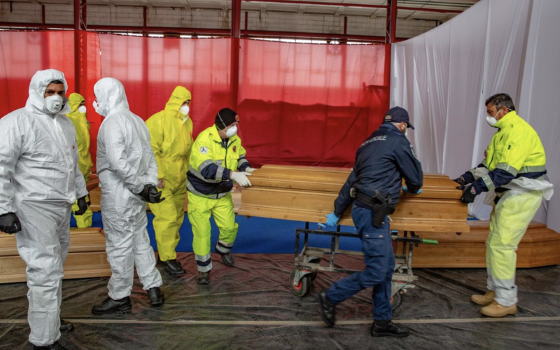 If you have been paying attention to the mainstream media’s headlines lately, a good number of them are preparing the minds of Americans for a “second wave of COVID-19.” In fact, the MSM says its not the central banks’ horrifying policies that caused the markets to plunge yesterday, that was all because of fears of the “second wave.”

Based on the turn the media has done away from the riots and quickly toward the “second wave,” we could see the all-out economic collapse and roll out of the one-world currency and the reset much sooner than even originally anticipated. The problem on the mainstream media’s hands right now is that no one actually believes that the second wave should be “feared.” No one believed the first wave was cause for panic and mass hysteria until the media told them it was, but now, it seems people have awoken to what the MSM is doing.

Prepare for Plandemic 2: The Elites Are Going To Try This Again in The Fall

They need a second wave and/or a massive economic collapse in order to get people on board with a one-world tyrannical regime and currency. As if the past century wasn’t evidence enough that centralized banking is nothing more than a Ponzi scheme scam, the elitists are still going to attempt to get you to participate in the new system they are rolling out.

For example, this headline from Forbes is designed to panic you. “Dow Jones Futures Plunge 1,500 Points: Covid-19 Second Wave Fear Mount; Coronavirus Stock Market Rally Fizzle.” If you actually read the article, however, the author admits “we do not have any strong evidence for a second coronavirus wave appearing in countries that have opened up after initially controlling the virus.”

It’s all but obvious that this plandemic was a cover for something: the New World Order and a global currency reset.

If you need precious metals, such as gold, silver, or lead, now is the time to get some. There will be an attempt to roll out the new currency. At some point, the dollar will cease to exist and if you haven’t already rejected the system you will be forced into the beast system. How much time do we have? It’s hard to say. It sure feels like there’s a rush to get the NWO in place. It could be because people are seeing through the facade, and as more become aware of what’s going on, more are leaving the system before it can crash.

Protect yourself by keeping some cash in U.S. dollars too. Right now, that currency is still accepted, and a lot of experts do not see it losing reserve status for at least a few years.

Don’t live in fear. Prepare, and know you are doing the right thing.