You are here: Home / Zero Hedge / Manafort Bail In Jeopardy For Ghostwriting Op-Ed With Russian Linked To Intelligence Service

Special counsel Robert Mueller objected Monday to a tentative “agreed-upon bail package” reached with Paul Manafort last week, after the lobbyist was discovered to have ghost-written a draft of an op-ed with an associate in Russia allegedly tied to Russian intelligence, according to court filings. Prosecutors argued that Manafort’s collaboration with the “Russian intelligence” colleague – as recently as last week – would violate the sweeping gag-order issued last month by U.S. District Judge Amy Jackson. 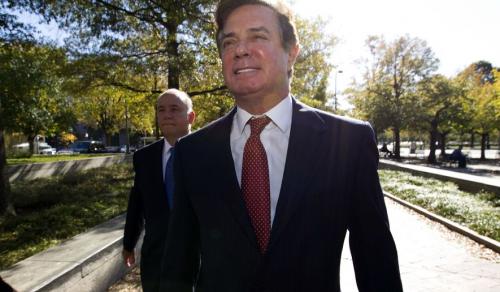 “Even if the ghost-written op-ed were entirely accurate, fair and balanced, it would be violation of this court’s Nov. 8 order if it had been published,” prosecutors said. “The editorial clearly was undertaken to influence the public’s opinion of defendant Manafort, or else there would be no reason to seek its publication – much less for Manafort and his long-time associate to ghostwrite it in another’s name.” 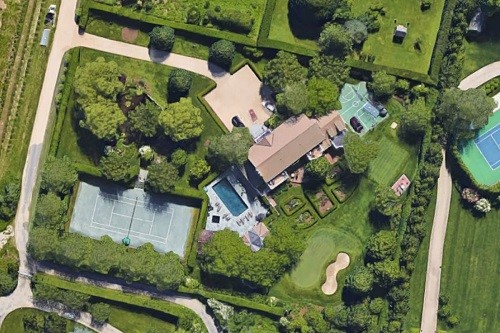 As part of the deal, Manafort agreed to pledge $11.65 million in real estate, including homes in Palm Beach Gardens, FL and the Hamptons which would be forfeited if trump’s former campaign manager were to flee. Manafort’s daughter Andrea also agreed to serve as surety in regards to a $3.7 million New York property she co-owns. In exchange, Manafort was seeking to be allowed to travel in Virginia, New York, Florida and Washington.

“Because Manafort has now taken actions that reflect an intention to violate or circumvent the court’s existing orders, at a time one would expect particularly scrupulous adherence, the government submits that the proposed bail package is insufficient reasonably to assure his appearance required,” wrote the prosecution, adding “Because bail is substantially about trust – in particular, whether the Court can trust that a defendant will abide by the combination of conditions designed to assure his appearance as required, and because the newly discovered facts cast doubt on Manafort’s willingness to comply with this Court’s Orders, Manafort’s proposed bail package does not provide the reasonable assurance required by the Bail Reform Act.”

Investigators also argued that if Judge Jackson decides to go ahead with Manafort’s bail arrangement which would free him from house arrest, he be required to wear a full-time GPS monitor and post additional assets for bail.

Manafort and his longtime aide, Rick Gates, were arraigned in late November on money laundering and other charges – including false statements and seven counts of failure to file reports of foreign bank and financial accounts in regards to the work on behalf of the Ukranian government, prior to working for the Trump campaign.

Manafort’s indictment left ripples throughout the Washington Lobbying scene, after it became known that Tony Podesta, brother of Hillary Clinton’s campaign manager John Podesta, was a central focus of Robert Mueller’s special counsel investigation into Russian influence in the US.

The Podesta Group was subpoenaed in late August along with four other public relations firms who worked with former Trump campaign manager Paul Manafort during a 2012-2014 lobbying effort for a pro-Ukraine think tank – the European Centre for a Modern Ukraine (ECMU) – tied to former Ukrainian president Viktor Yanukovych, who fled from Ukraine to Russia after he was unseated in a US-facilitated 2014 coup.

Two of the subpoenaed firms include Paul Manafort’s Mercury, LLC and the Podesta Group, founded by John and Tony Podesta and operated by the latter.

Manafort’s firm earned $17 million between 2012 – 2014 “consulting” for Yanukovych’s centrist, pro-Russia ‘Party of Regions.’ During the same period, Manafort oversaw a lobbying campaign for the pro-Russia “European Centre for a Modern Ukraine (ECMU)” a Brussels based think tank linked to Yanukovych which was pushing for Ukraine’s entry into the European Union.

The Podesta group, operating under Manafort, earned over $1.2 million as part of that effort.

In a statement to NBC, a spokesman for the Podesta Group said the firm “is cooperating fully with the Special Counsel’s office and has taken every possible step to provide documentation that confirms timely compliance. In all of our client engagements, the Podesta Group conducts due diligence and consults with appropriate legal experts to ensure compliance with disclosure regulations at all times — and we did so in this case.”

The European Centre for a Modern Ukraine was nothing more than a shell group used by Manafort and the Podesta group, according to a former Podesta Group executive who was interviewed “extensively” by Mueller’s investigation, who also said that Manafort and Podesta were peddling a “parade” of Russian influence” all over Washington D.C. through the ECMU, and that the Obama administration was Russia’s “central effort” in the arrangement.

However Judge Jackson rules on Manafort’s bail, it appears the multimillionaire D.C. lobbyist has no plans to sever hiw ties to influential Russians.