You are here: Home / SouthFront / Major General From Ukrainian SBU Detained For Being Alleged Russian Spy 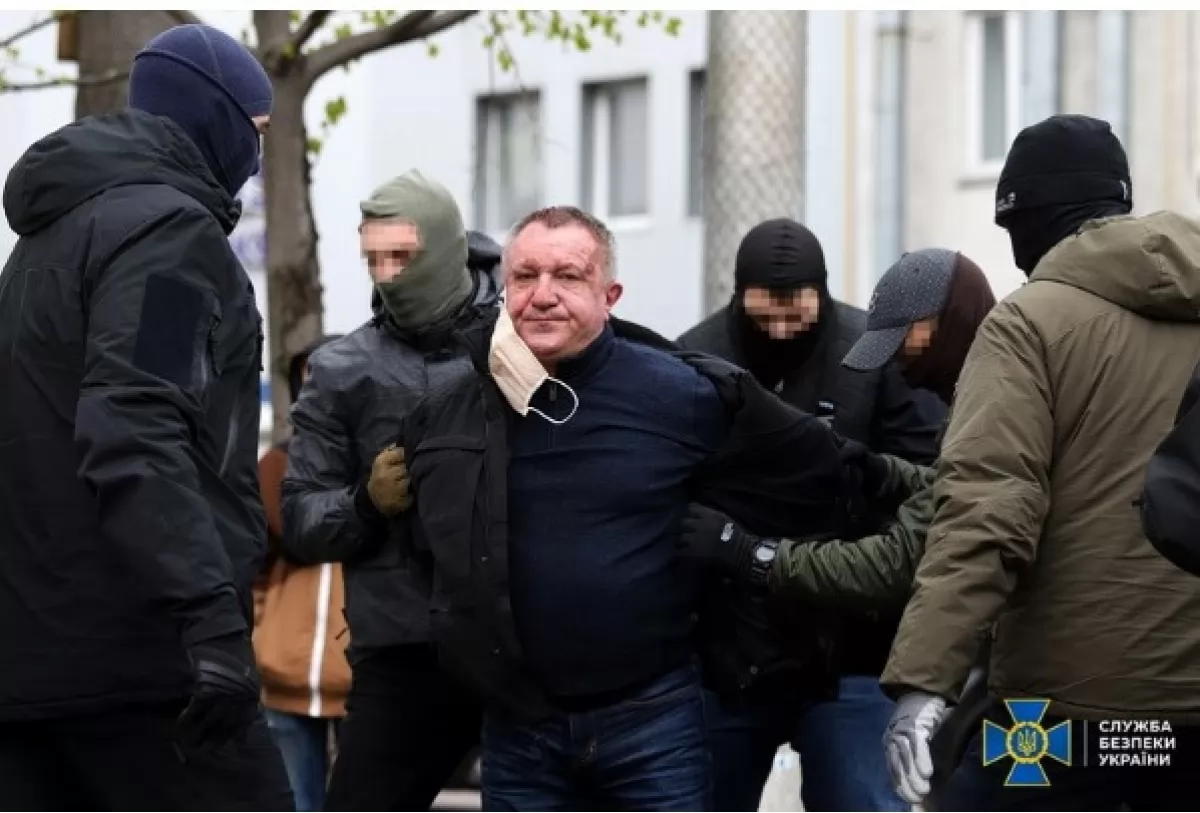 On April 14th, a Ukrainian Security Service (SBU) Major General was arrested in an operation by the service itself.

He is accused of working for the Russian security service – the FSB, RIA reported, citing a press release by SBU.

“The counterintelligence of the Security Service of Ukraine carried out a resonant special operation to expose a senior FSB agent in the highest echelons of power. So, today SBU Major General Valery Shaitanov, who is suspected of treason and terrorist acts, was detained,” the statement said.

According to the head of the SBU, Ivan Bakanov, judging by the materials of the case, Valery Shaitanov, who is one of the former heads of the Special Operations Center “A” of the SBU, was in fact under secret communication under the pseudonym “Bobyl” with FSB Colonel Igor Egorov.

“We conducted a complex, lengthy, multi-level special operation. This is the most important exposure of the Security Service in the entire history of independence,” said Ivan Bakanov, head of the Security Council of Ukraine.

Shaitanov allegedly passed on to the Russian side information about Ukrainian operations in Eastern Ukraine, and also selected and recruited officers from special and intelligence agencies to work for the FSB.

The agency claimed that it has gathered sufficient evidence that Shaitanov is an agent of the FSB, including allegedly confirmed by audio and video recordings.

The Major General of SBU, additionally, allegedly planned to carry out terrorist acts in Ukraine. For the organization of the attacks, Shaitanov was allegedly promised $200,000 and to receive a Russian passport.

In particular, he allegedly planned the liquidation of Adam Osmayev. The question remains open – why such a high-ranking intelligence officer was entrusted with the organization of the murder of Adam Osmayev, a far from important figure, moreover, who had long disappeared from public space.

Adam Osmayev was the commander of the Dudayev ‘volunteer battalion’ from 2014, succeeding Isa Munayev. He was twice charged with attempting to kill Vladimir Putin, and he was later released from prison in Odessa after Ukrainian authorities and his wife campaigned to have the charges dropped.

On October 31st 2017, as Osmayev and his wife returned to their house outside Kiev, gunmen with AK-47 assault rifles opened fire on their car, wounding Osmayev and killing his wife.

Since then, he’s been largely absent from public space.

It should be noted that Major General Valery Shaitanov may have become a victim of the internal political struggle of financial conflicts. Since 2014, the current Kiev regime has become used to accuse its opponents of working on the Kremlin, the FSB, and Russian intelligence in general. Such accusations have rapidly become a norm in the every day political and security life of Ukraine. So, now almost every unwanted person, or official/officer that lost the behind-the-scenes struggle for power and money is being accused of working in interests of Russia.